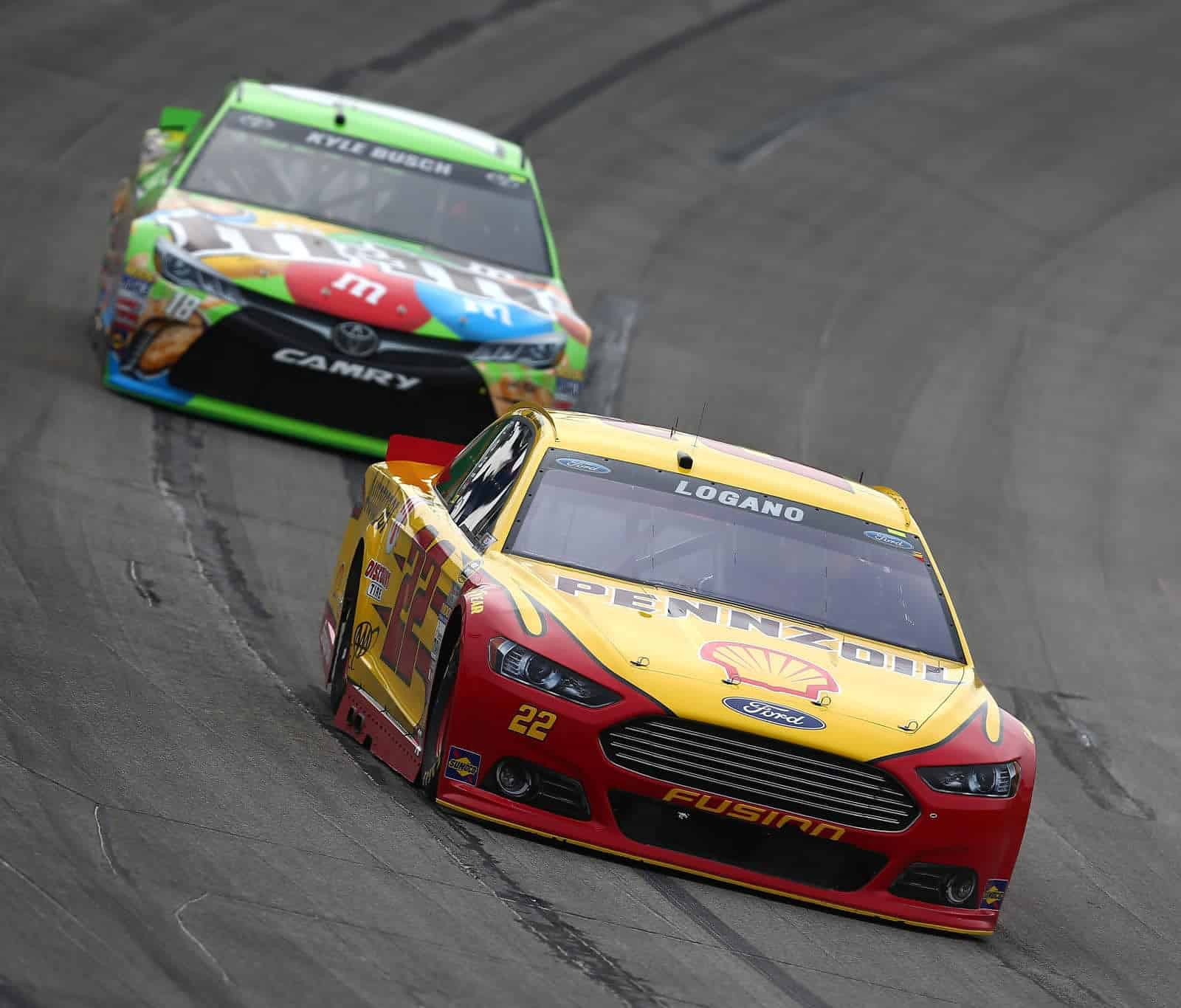 There was all sorts of stuff going on this past weekend at Kentucky. First, there was the new aerodynamic package that teams were supposed to get a chance to test in the days before qualifying and the race. But that and the qualifying never happened because of rain. That left the field to be set by the first practice speeds, and left out Ryan Blaney and Michael McDowell, unfortunately, for the second straight week, along with Travis Kvapil. So, here’s a look at the hot and not-so-hot stuff heading to New Hampshire this weekend.

Kyle Busch answered all questions about his health with his win at Sonoma two weeks ago and then he put an exclamation point on his ability to perform under pressure with his win Saturday night at Kentucky. It looked like for most of the night that Brad Keselowski had the car to beat, but Busch took advantage of pit-road mistakes by the No. 2 team (more on that later) to lead the most laps and earn his second win in three tries and to win two of the first seven races he has been in this season.

The way Busch won, though, looking like he was going to have to settle for second, then searching for a new line and finding a faster way around the 1.5-mile track and gaining and passing Joey Logano for the win, was impressive. It was nice to see a late-race pass for a win, too. The main goal for Busch now is to get into the top 30 in points, which he is just 87 behind Cole Whitt to reach right now. And give Busch credit here, too, going for the win instead of just taking those second place points, which were pretty important for him.

OK, we would guess that Joe Gibbs Racing will give the new aero package a big thumbs up. That’s because the JGR cars took four of the top-five places Saturday night, with only Logano intervening in second place. It’s not been the best of years for the Gibbs bunch, but maybe the return of Busch, and his consequent victories have helped. It was the first time since 2008 when four Roush Fenway Racing cars finished in the top five at Michigan has one team with four cars dominated a race so thoroughly. Matt Kenseth, Denny Hamlin and Carl Edwards sit ninth, 11th and 17th in points, but they also each have a win. So assuming Busch makes it in on points, the Gibbs cars will make up one quarter of the Chase field.

Logano had a pretty good race, just not good enough to win Saturday night. Logano secured his Chase spot by winning the Daytona 500 back in February, but he hasn’t won since then. He has, however, been plenty consistent, as he is tied for the second in points with Jimmie Johnson (though Johnson is technically second on the most wins tiebreaker). Logano is tied for the second-most top fives with 10 this season and also has 13 top 10s, tied for second most. So, yes, he’s been pretty good all year, but you know he would like to have been just a little better at least a couple of times.

The big thing going into this race was the new aero package and compared to what we usually see on the 1.5-mile cookie-cutter tracks it was a big improvement. When Logano took lead the late in the race, most fans probably just assumed there was no way Busch was going to catch him because that almost never happens these days. So it was quite a pleasant surprise to see something different in those closing laps. In general, the racing was better throughout the pack, too. I’m not going to say the new aero package was the best thing ever for NASCAR, but it was at least a step in the right direction.

You have to admit that it made for some good entertainment, but the fact that Dale Earnhardt Jr. was racing with virtually no brakes could have really cost someone big time. When Junior ran into the back of Danica Patrick and caused her to hit the wall, it didn’t seem like a big deal because Patrick wasn’t racing for the win and barring an unexpected victory, won’t be making the Chase. So, it’s not like the accident ruined her Chase chances. But what if that had been, say, Clint Bowyer or Aric Almirola, who are each fighting for their Chase lives these days. Not to mention what if Junior had been involved in a bad accident himself because of the no-brake issue? It’s understandable for a driver and team to want to compete in the midst of adverse circumstances, but the team and NASCAR should have weighed the potential safety risks before letting him continue once the problem was discovered. If you have to wreck someone to slow down, then you probably shouldn’t be out there anyway.

It looked like the new rules package just might be what a driver like Kyle Larson was looking for when he started on the pole after being the fastest in practice. But the driver of the No. 42 was never really competitive all night and he ended up with a 35th-place finish, two laps off the pace. Larson’s Chase hopes are going the wrong way, too, as he is now 86 points behind Bowyer for that final spot. So, it wouldn’t be a surprise to see Larson and his team gamble for a victory in the coming races if they feel they have a chance by using a different strategy. It was almost a foregone conclusion that Larson was going to win a race this year, but maybe not so much now.

Pit crews are consistently under pressure and really one of the few times they get noticed is usually when they mess up. Unfortunately that was the case for Brad Keselowski‘s crew Saturday night. The first issue came when the front tire carrier slipped and fell directly in front of Keselowski as he was ready to leave the pits. Fortunately, Keselowski stopped and there was no injury to the crewman. Then later, due to issues with an air gun while changing the right-front tire, Keselowski had a 17-second pit stop that cost him several positions. Probably nobody feels worse about those pit issues then those crewmen themselves. Here’s hoping those crew guys got all of the bad stuff out of their system in one race.

Tony Stewart looked like he might actually be a bit competitive in this early on, then after getting side swiped by Jamie McMurray on a restart, he was never the same. In fact, he was in a way-back machine at one point, looking like he was going backwards rather than forwards as he was getting passed by so many cars. He eventually finished 33rd. Sad days for  Smoke fans.

Danica probably had a corner entry speed lower than anyone else by 5mph. She was a rolling chicane out there. Too bad Jr. didn’t complete the double and whack Fat Tony too!