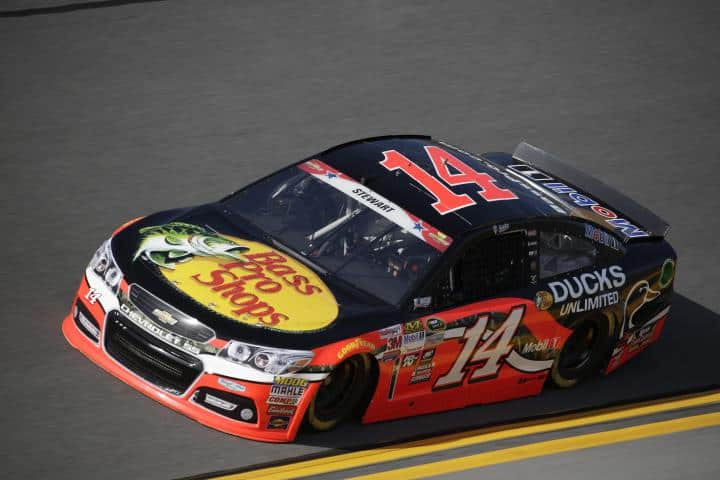 It’s been a long year for Tony Stewart.

Coming off of a broken leg in 2013 and fatal incident with Kevin Ward Jr. last August, Stewart came into the season looking for a fresh start. However, the Indiana native’s No. 14 Stewart-Haas Racing team has struggled since the start of the 2015 season.

Making an appearance on a NASCAR teleconference to promote next week’s MudSummer Classic at Eldora Speedway, Stewart talked about his issues with the handling and balance of the car regardless of rules package used by NASCAR.

“I don’t know that I’m really good at giving direction at what NASCAR needs to do right now when we can’t get our balance a little better than where we’re at,” said Stewart. “You know, I still really like working with Chad Johnston. I don’t feel like he’s what’s holding us back. There’s something about the way this package is that just doesn’t suit my driving style. So, you know, I’m holding him and the team back versus vice versa. So it’s just a matter of me trying to figure it out, figure out how to go forward and get our cars better.”

With the current Chase for the Sprint Cup format, which is still the same as last year, having one solid race can make or break a driver’s season. At this point in the season, Stewart’s main focus is getting into the Chase with a victory.

“I don’t care how we get there,” said Stewart. “I don’t care if it takes one week or if it takes six weeks to get there, the main thing is just getting there. We’re going to keep working hard and keep pushing to try to find that. With the way this format is, I mean, all it takes is one good race for us to get in, we’re in the top 30 in the points. If we can find whatever it is that we’ve been missing, you know, one race can change our whole season. That’s the driving force every week.”

Stewart goes into the New Hampshire Motor Speedway on Sunday sitting 28th in the NASCAR Sprint Cup Series driver points standings. Stewart’s only top-10 finish at this point came at the Bristol Motor Speedway in April. The team has finished 30th or worse six different times.