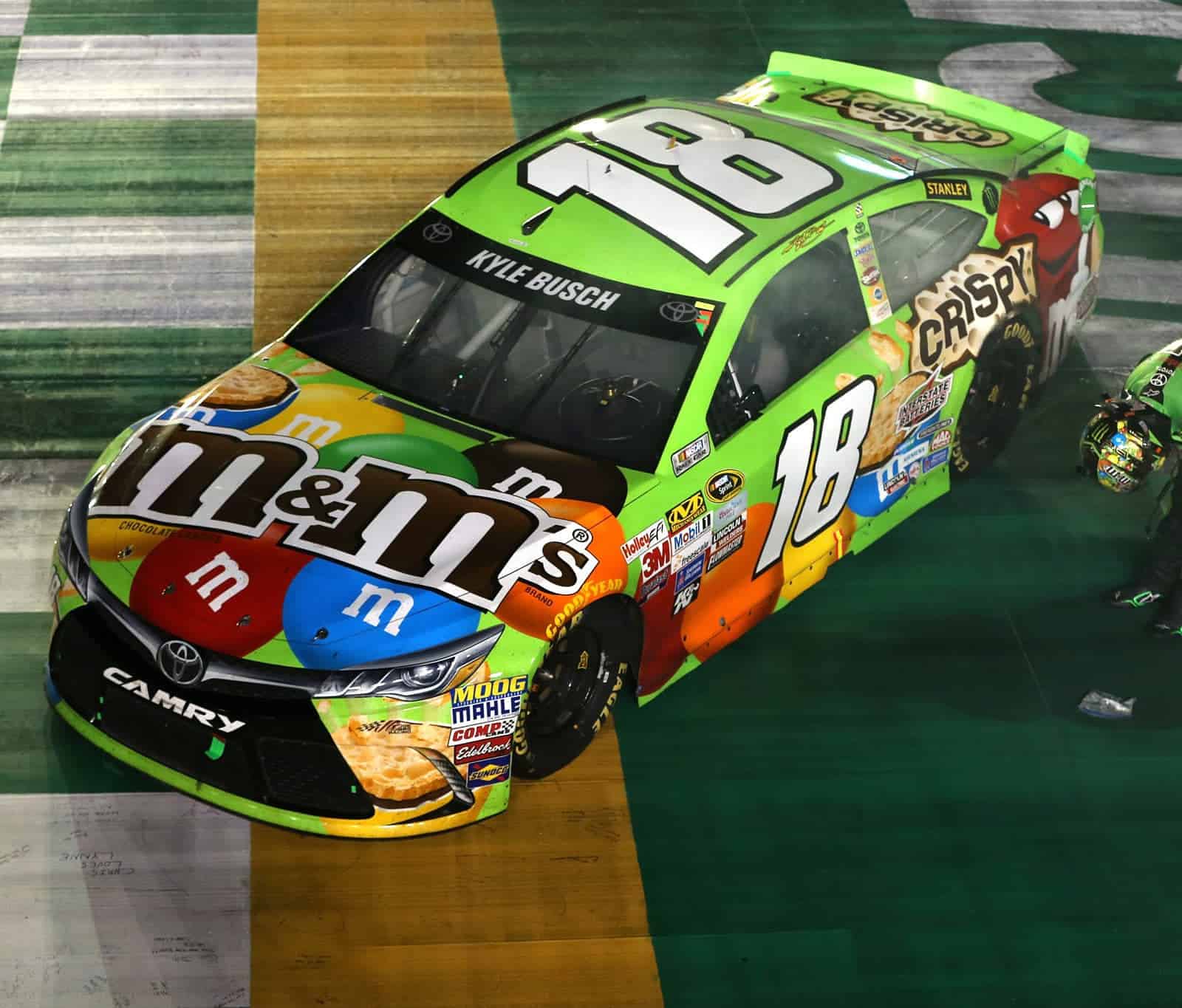 Kyle Busch is doing everything he can to ensure he makes the 2015 Chase. He utterly dominated the race Saturday night, leading 163 of the 267 laps and claiming his second win in the last three races, though he still sits 87 points outside of the top 30.

The big story leading up to the race was the new, lower downforce rules package. Car control was placed back in the drivers’ hands, reducing the clean air advantage. More passing was evident, but the most surprising outcome was the results. All four Joe Gibbs Racing drivers and both Team Penske drivers filled the top-six positions. The first Hendrick driver finished seventh (Jeff Gordon), and Kevin Harvick finished eighth. So, have Hendrick Motorsports and Stewart-Haas Racing met their match? It’s far too early to tell, but it makes for some interesting headlines.

Teams head North to New Hampshire to a flat track and the old aero package. Is it afe to say that order is most likely going to be restored this weekend? You never know. While we wait to find out, see if your favorite driver made the top 15 after Kentucky.