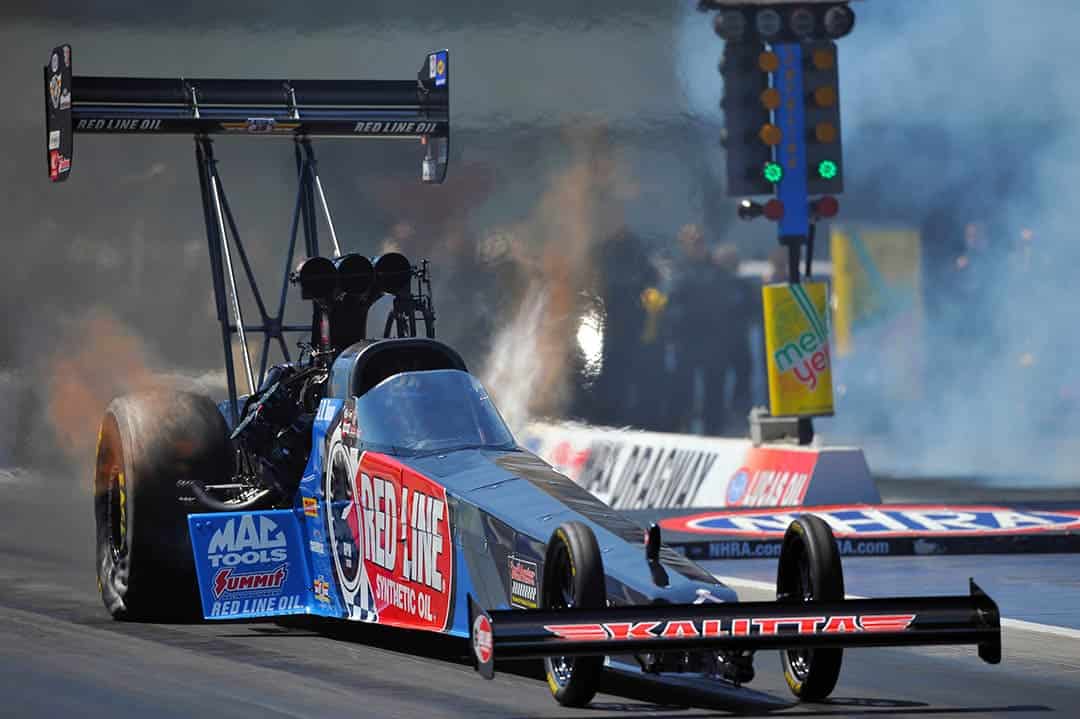 NHRA today announced a multi-year agreement with FOX Sports that will begin with 2016 coverage of the Mello Yello Drag Racing Series. That means NHRA will part ways with longtime television partner ESPN at the conclusion of 2015.

The new deal calls for a minimum of 16 Sunday elimination shows to be broadcast live, with four of those on the flagship FOX national broadcast network and the remainder on FOX Sports 1. The remaining events will be shown in weekend afternoon or prime-time time slots. This is an increase from the five live events broadcast on ESPN in 2015.

The Sunday elimination shows will be three hours each. FOX Sports will also provide coverage of Friday and Saturday qualifications in two hour broadcasts. There will also be multiple re-airs of each event on FS1 and FS2. Select NHRA Lucas Oil Drag Racing Sportsman Series events will also air on FS1, bringing coverage to a total of 450 hours per year across the FOX networks.

“This really is a game-changer for NHRA regarding the presentation of our marquee product, the NHRA Mello Yello Drag Racing Series,” said Pete Clifford, president of the NHRA. “FOX Sports promises to be just the right media partner we’ve been looking for to help give our professional series the stage it deserves and to provide our passionate fans the timely, quality coverage they are craving.”

NHRA will handle production of the broadcasts in house as well as handling advertising and sponsorship packages while FOX Sports will also be involved heavily in promoting all of the NHRA Mello Yello Series shows through all of their media platforms.

The TV deal with ESPN was originally through 2016, but the NHRA was unhappy with the lack of live coverage and undesirable time slots the coverage received. With the departure of NHRA racing, ESPN will no longer be covering any motorsports series. FOX Sports will be adding NHRA coverage to a slate that already includes NASCAR, Monster Energy Supercross, the FIM MotoGP World Championship, the TUDOR United SportsCar Championship, the FIA World Endurance Championship, the 24 Hours of Le Mans, and the FIA Formula E Championship.