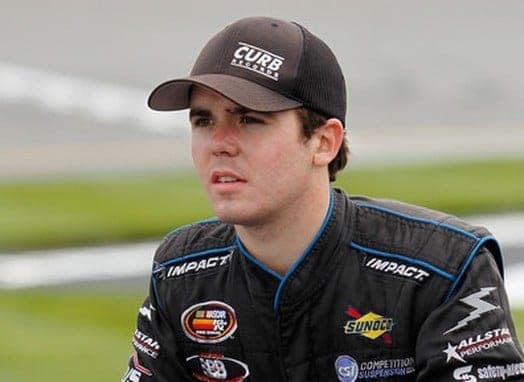 The 1-800-Car-Cash Mudsummer Classic is a fun race for the NASCAR Camping World Truck Series because of the unique dirt surface at Eldora Speedway. The race allows dirt-track veterans to compete along with the highly skilled drivers of the NCWTS. Due to that aspect the race always sees a lot of drivers making their NCWTS debut.

Next Wednesday’s night race will be no different. Former NASCAR Xfinity Series driver Chad Boat will make his NCWTS debut at Eldora, driving the No. 15 Chevrolet Silverado for Billy Boat Motorsports. According to a press release, Boat is an accomplished dirt series driver who has over 100 wins in his career on dirt tracks across the country. Boat is excited for the opportunity.

“I’m thankful for the incredible opportunity CorvetteParts.net and BBM has given me to be able to get back behind the wheel on dirt next week,” said Boat in a release. “Growing up racing midgets and sprint cars, Eldora will always be one of those tracks that have a certain type of nostalgia when racing there. For that reason, making my first NCWTS start here is really special. I look forward to taking my dirt track experience and the progress that BBM has been making on the track to capture a solid finish in the No. 15 CorvetteParts.net Chevrolet Silverado.”

Boat, 23, has 17 career NASCAR Xfinity Series starts to his resume. His best finish in the series came in August 2014 at Iowa, where he finished 22nd. His resume also includes two rookie of the year titles in two divisions of the United States Auto Club (sprint cars and midgets).

The No. 15 BBM team currently sits 21st in the NASCAR Camping World Truck Series owner points standings with driver Mason Mingus running nine of the first 10 races this season. Mingus’s best finish of the season to date was a ninth at Kansas Speedway. The sophomore did not qualify for the season opening race at Daytona International Speedway.