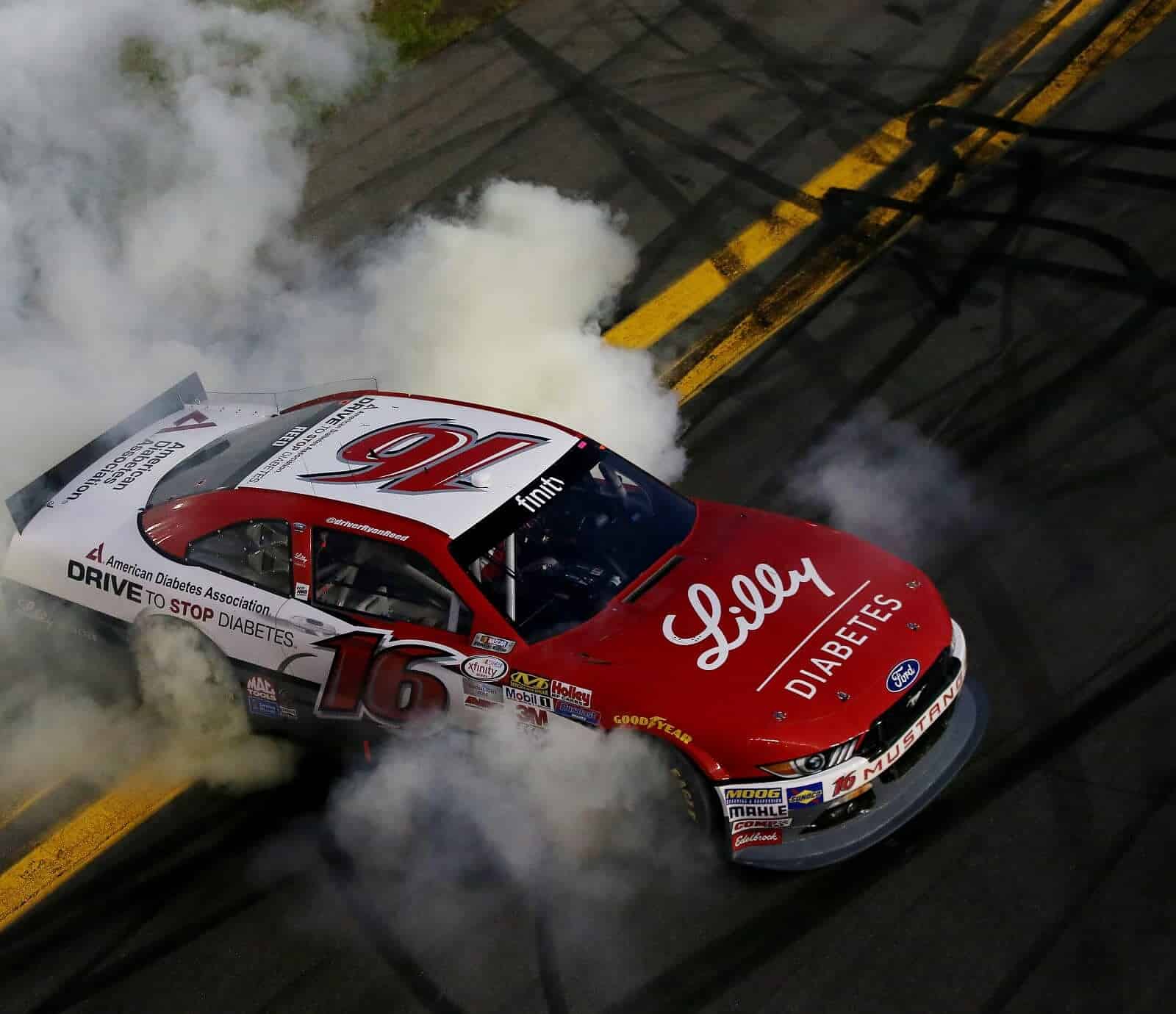 The second half of the 2015 NASCAR Xfinity Series season will officially begin this weekend at the New Hampshire Motor Speedway. There have been some interesting moments and surprise race winners as the weeks and have worn on. Today, we look at five of them who stand out….

Chris Buescher has been a surprise during the first half of the season in the No. 60 Roush Fenway Racing Ford. Buescher has two wins this season: one at Iowa Speedway and one where he held off teammate Darrell Wallace Jr. in the closing laps at Dover. Buescher, who holds three career victories over the last two seasons, is one of those drivers that doesn’t appear on everyone’s radar. The 2012 ARCA champion continues to lead the series standings by 36 points over last year’s champion Chase Elliott, who has yet to find Victory Lane this year. Buescher is certainly a driver that everyone should keep a close eye on in the remaining races.

Busch made his return to the NASCAR Xfinity Series at Michigan after getting injured in the season opener at Daytona. Busch, a Las Vegas native, has dominated the series since coming into the scene in 2003. This win might not be surprising, as everyone knows he’ll be a threat to win going into any race. But it’s worthy to note because this victory came in his first race back behind the wheel of his No. 54 Monster Energy Toyota. Busch led the event three different times for a total of 27 laps. He made his third start of the season this past weekend at Kentucky, taking home a third-place finish.

Jones, who is currently a development driver for Joe Gibbs Racing, made a mark in the series numerous times throughout the 2015 season. The Michigan native captured his first Xfinity Series win at Texas Motor Speedway while driving the No. 20 Toyota. Jones etched his name once again with a victory at Chicagoland Speedway in the No. 54 Monster Energy Toyota. He also has started on the pole in three different races.

Reed kicked-off the 2015 NASCAR Xfinity Series season with a bang after scoring his first career NASCAR national series victory at Daytona. Reed, a native of California, led 14 laps of the Alert Today Florida 300 at the 2.5-mile oval. He entered the season with only one top-10 finish in his career, which also came in the season opener at Daytona in 2014. The No. 16 Roush Fenway Racing team has struggled since the second race of the year, though. His next best finish came in the form of a pair of 11th-place results at Fontana and Dover.

The first half has seen nine different winners with seven of those being repeats. Brad Keselowski became the ninth different winner this past weekend at Kentucky Speedway. Keselowski led 72 laps of the race for his 33rd career Xfinity Series victory.

The three wins by the Roush organization were a surprize for sure! Eric Jones, not so much! But, any Xfinity regular who does win can consider it a fluke. After all, when Kyle, Kevin, and Austin show up with their cup-lite cars prepared and serviced by their cup teams, the series regulars do not stand a chance. And given the Kyle is back, and is out for revenge for his crash at Daytona (which he caused through his own stupidity), unless he decides not to run in this lower series to boost his already over-inflated ego, the Xfinity regulars are running for second. Given the emptiness of the stands, it shows the people are fed up with this crap. But, NASCAR is Ok with it, or else, they would have done something by now. The points deal had no effect. Maybe deprive the teams of owner’s points too, as well as, say, reduce the eligible purse by 75%, should they choose to run a cup driver.

How can NASCAR ignore the infomercial TV ratings and empty stands and maintain that Cup drivers have not killed off this series is a mystery to me. I had a chance to go to an Xfinity race last year. The ticket was free and not only did I not have to drive, I didn’t even have to chip in for gas. I have no interest in watching Cup drivers steal a payday just for giggles so I passed. I’m sure that I am far from the only one that wouldn’t watch this mess for free. But of course, the series is vibrant in the NASCAR fantasy world.