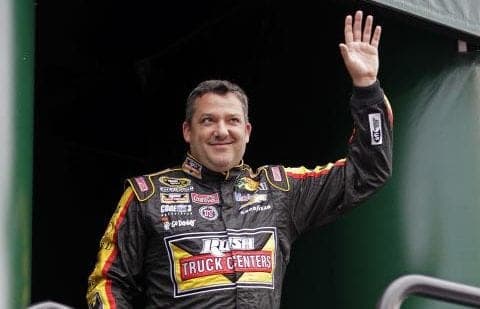 After the wild success of the low-downforce rules package at Kentucky the NASCAR Sprint Cup Series returns to normalcy this Sunday as the series rolls north to New Hampshire Motor Speedway. New Hampshire will see the return of the original 2015 intermediate-track rules package; with it will come another shuffle of the competitive deck. As NASCAR officials mull the possibility of putting this setup out to pasture, New Hampshire stands as a last chance of sorts for teams who excelled under the “old rules.”

A sea of change is indeed on the horizon in the Cup Series, so it’s “now or never” time for teams to capitalize on the knowledge they’ve built up for most of the season. Who’s going to step up?

1. Will the teams who excelled under the old rules capitalize on Sunday?

We all knew that the low-downforce rules for Kentucky were going to throw a wrench into the competitive order of the Cup Series. We just weren’t quite sure how. Now, with Kentucky in the rearview mirror, we have a pretty clear picture of what teams have a good bite on that package and which ones need work. Funnily enough, the teams who excelled under the old rules ended up struggling with the new low-downforce package.

Yes, the teams I am referring to are Hendrick Motorsports, Stewart-Haas Racing and Furniture Row Racing. These three teams dominated the series under the original 2015 rules package, and all conversely struggled to find speed under low-downforce conditions at Kentucky.

The general feeling throughout the garage area is that the low-downforce rules these teams all struggled with could very likely be put in place for the remainder of the 2015 season. That means Sunday’s race in New Hampshire could be the last chance everyone has to grab one last win before NASCAR starts to shake up the field again with a series of new rules packages.

My guess is that will make guys like Kevin Harvick, Jimmie Johnson and Martin Truex Jr. work extra hard for a win on Sunday. Their days of domination could soon be seriously challenged.

Busch has always had a flair for the dramatic. Ever since his first race in the Cup Series, Busch has been one of the lead headline-grabbers on the circuit courtesy of his raw talent, aggression and brash behavior. Those qualities have been on full display in recent weeks, as Busch has rocketed up the Cup Series standings over the past three races and knocked down two victories in the process. No driver on the circuit is hotter than he is right now.

Of course, one streak of good finishes is obviously not enough to vault Busch into the Chase. The Nevada native still has quite a hill to climb in his road to a playoff berth. Busch currently sits 87 points behind 30th place in the standings, a deficit that would likely be insurmountable for most drivers to overcome. That means if Busch wants any shot at making the playoffs, he’ll have to keep applying the pressure.

For this weekend, at least history seems to indicate that Busch should be able to keep that pressure intact. Busch has collected three top-two finishes in the past four races at New Hampshire, leading 63 laps en route to a second-place finish in this very event one year ago. I’d wager that Busch is in position to step a little bit closer to the Chase this weekend.

3. Can Tony Stewart follow through on his commitment to get better?

Stewart held a press conference this week where he essentially apologized to his fans for poor performance this season and vowed to get better. It’s never very much fun to see a driver of such legendary status endure the kind of struggles that Stewart has endured over the past year; it’s even less fun to see Stewart’s typical strong demeanor peter out. It’s pretty fair to say that everyone in the sport would like to see his fortunes turn around here at some point soon, bringing back the Stewart of old.

Of course, just because people want something to happen doesn’t mean it will. The No. 14 team’s problems run deep, brewing since midway through the 2013 Cup season. Whether it is the engineers, the crew chief or something else entirely, it has been abundantly clear for quite awhile now that something is amiss in the Stewart camp.

With only seven races left before the Chase cutoff, the time is now for something to start clicking for the No. 14 team. It just so happens that New Hampshire was the site of Stewart’s last truly competitive race. In the 2013 edition of this event, Stewart led 84 laps and was a serious threat to win (he finished 26th in that race after running out of fuel on the final lap.) He hasn’t been a true threat to win anywhere since that day.

Could a return to New Hampshire provide a spark to the No. 14 team? It might have to be if Stewart has any hope at returning to NASCAR’s playoffs.

4. Will anyone be able to pass?

Let’s make one thing clear here: no one goes into New Hampshire race weekend expecting to see a barnburner. It is common knowledge at this point that the track is not well-suited to stock cars, and thus puts on races that are usually a bit… lacking, in terms of excitement. Yeah… we’ll go with that.

Jokes aside, the viability of passing is still an important question to ask heading into any race at the facility. The flat, tight corners at New Hampshire tend to physically make passing very difficult regardless of the rules package used. If you add in a package with a lot of grip and not a lot of horsepower to balance it out, you’re going to see a race where drivers struggle to get good runs exiting the corners. And with the way New Hampshire is laid out, getting a good run off of corner exit is just about the only way to make a pass. Guess what happens when the car can’t make that happen?

I’m predicting that Sunday’s race will be a frustrating one for the driver, as passing will be at a premium all race long. Could that mean some contact will be necessary for passing lanes to open up? I’d say that is a likely possibility.

“My guess is that will make guys like Kevin Harvick, Jimmie Johnson and Martin Truex, Jr. work extra hard for a win on Sunday. They’re days of domination could soon be in the past.”

That is a very dubious statement. It implies that the results of the first race with the new package (that teams didn’t really get to work with) can be used to extrapolate future results for the long run. Nice hyperbole though.

I am betting every week, pretty much every driver is working hard to get the best finish no matter what track or rules package they are running – although IMO the win and you’re in chase rules allow those teams with a win and in the top 30 in points the options of testing.

that’s another reason why it was fun to watch the experimental package run at KY, not much practice with it because of the rain meant that teams had to work a little harder.