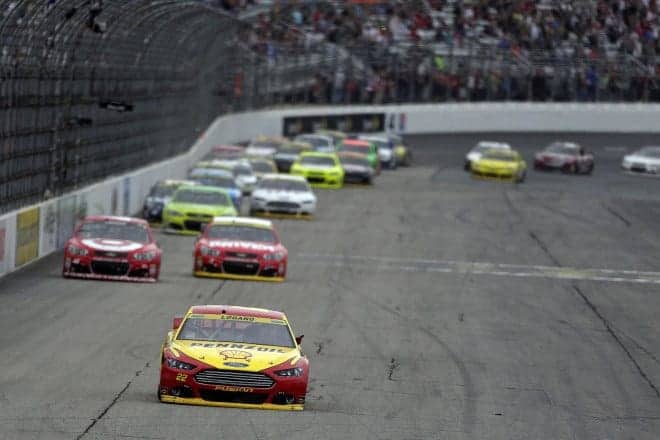 Prior to the Sylvania 300 last fall, New Hampshire Motor Speedway produced 11 straight races with 11 different winners. It’s a streak that at the time was the longest such one in the Sprint Cup Series.

The parity was great for the sport. Instead of going into the weekend largely knowing who would dominate (Jimmie Johnson at Dover, Kevin Harvick at Phoenix), teams felt that if they could just unload fast on Friday, they had just as good a shot at taking the victory as anyone else.

Even the Xfinity Series was in on the action for a while, putting on 22 straight races from the series’ inaugural event forward before a repeat winner could be found. The Cup streak saw rookies take the victory (Joey Logano) and feel-good victors (Brian Vickers) holding the giant Loudon Lobster beside their hot rod.

Who’s a fresh name that can add to that list this weekend? Let’s take a look….

Harvick is the obvious choice here. His dominance at Phoenix — another flat, 1-mile oval — over the last few years is astounding and should help him start the weekend with a great setup. Add in top-10 runs at two other flat tracks this season, Martinsville and Richmond, plus his overall dominance this season, and the odds that Harvick takes the win are high. He’s won here before, in 2006, and was a serious contender for the victory last fall before Logano took the lead late in the going.

Harvick’s teammate is another obvious choice. With a win at Richmond earlier this season and a fourth at Phoenix, Busch has shown the speed in 2015 to get the job done on flat tracks. He’s struggled at Loudon recently, though; in the last six races there, he hasn’t finished in the top 15 but once. It will be interesting to see if Busch can shake the gremlins off and find his way back to the front.

McMurray is easily having the best season of his career in terms of consistency. Although he hasn’t won yet, he’s sitting seventh in points and would easily make the Chase if it started today. McMurray only has two top-five finishes this season, but where did they come? Phoenix and Richmond, whose track sizes come close to Loudon’s 1-mile setup. McMurray has five career top-10 results at New Hampshire; two of those have come in the last three races. This driver is known for pulling the upset in “big” events, which many would not consider Loudon to be. But how big of a win would this one become if it broke his 0-for-11 Chase slump?

McMurray’s teammate Larson has struggled this season to be as flashy as he was in his rookie year, so he’s got to be excited coming back to the Magic Mile. Last season, he finished second and third and is hoping to utilize that setup to once again be a factor when the green flag falls. Larson’s been known to be fast leading up to Sunday. If he can get a top-10 starting spot, Kentucky’s polesitter will be well on his way to a good run with all-important track position.

Gordon isn’t having the kind of season he thought of when announcing his retirement in February. Despite the struggles, he’s sitting 10th in points and returns to a track where he has three career wins and a driver rating of 107.3. The bad news? He hasn’t won at Loudon since 1998. But with three top 10s on the flat tracks this season, Gordon could be trending in the right direction to add another win at the track.

Kyle Busch is easily the hottest driver on the circuit right now. Two wins in the last three races go a long way when trying to claw one’s way into the Chase, and he’s finished second at New Hampshire in three of the last four events. He also won a race at the track in 2006 so Busch knows his way to victory lane. There’ll be no points racing from Rowdy this season; expect him to go all out and capitalize at one of his best tracks.