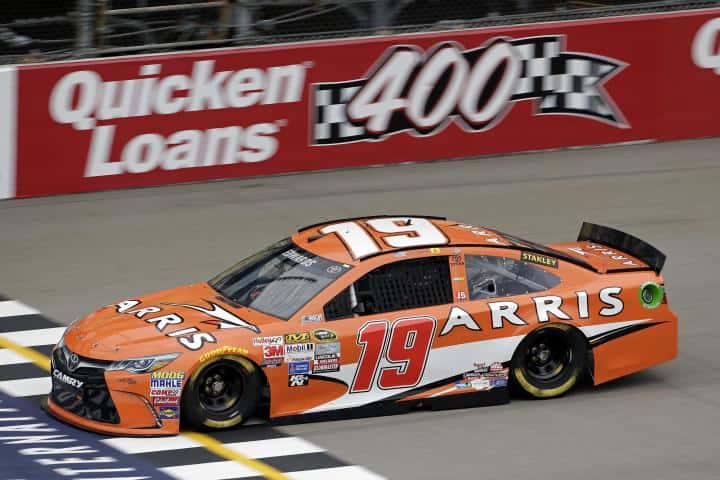 For the third week in a row, rain has affected the NASCAR Sprint Cup Series. This time, it shortened what was scheduled to be a 55-minute final practice session for the 43 teams. In the time that teams were able to get on the track, the leader board looked very familiar.

JGR’s other three drivers, Kyle Busch, Denny Hamlin and Matt Kenseth, were all inside the top 10 in final practice. Busch was fourth, Hamlin was fifth and Kenseth was ninth. All four Gibbs Toyotas will start inside the top eight for the Sunday’s 5-hour Energy 301.

Meanwhile, 5-hour Energy driver Clint Bowyer, after making contact with Jeff Gordon in the first Saturday practice, had repairs made to his car and was sixth fastest in final practice. Speaking about the incident, Bowyer stated that the No. 24 pit crew member who was clearing Gordon to exit his garage stall did not look to see that Bowyer was coming, and the two cars made contact.