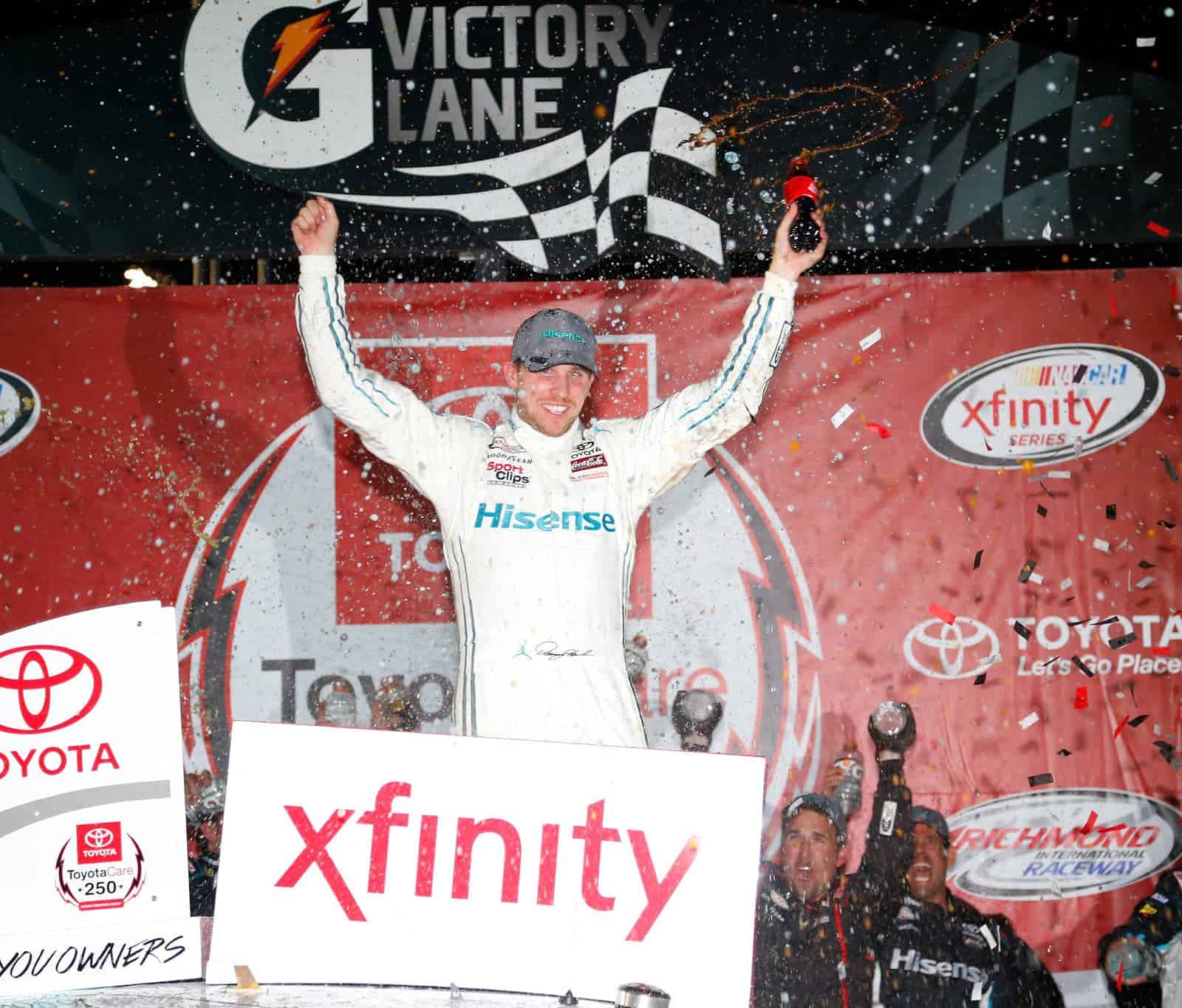 When it comes to Xfinity Series racing, Joe Gibbs Racing’s Sprint Cup regular Kyle Busch is typically the driver to beat. In Xfinity Series qualifying at New Hampshire on Saturday, that changed. Well, not completely.

Denny Hamlin, making his eighth start of the season, qualified his No. 20 JGR Toyota on the pole with a time of 28.069 seconds (131.026 mph) in the final round. In four Xfinity Series starts at the 1.058-mile oval, Hamlin has four top-five finishes, with his best finish of second coming in his most recent start at the track, June of 2008. In the Cup Series, Hamlin has two victories in 18 starts.

JGR rookie Daniel Suarez continues his improvement in 2015 with a third-place qualifying effort. It is his sixth consecutive top-10 qualifying result this season.

Brad Keselowski, coming off his first Xfinity Series win of the season in Kentucky, qualified fourth in his Team Penske Ford. His time of 29.254 seconds (130.198 mph) was .016 seconds faster than Brian Scott, who will start fifth. The Dillon brothers qualified sixth and seventh with Austin besting his younger brother Ty. JR Motorsports drivers Regan Smith and Chase Elliott qualified eighth and ninth respectively. Brendan Gaughan completed the top 10 with a time of 29.571 (128.312 mph).

Darrell Wallace Jr. was the second rookie to advance into the five-minute final round. He put his No. 6 Roush Fenway Racing Ford 11th for the start of the 200-mile, 200-lap event. Ryan Sieg will start the race in 12th. Xfinity Series points leader Chris Buescher had a disappointing showing in qualifying and will start the race from 20th.

Oh goodie!! Two Cup drivers with massively over-inflated egos sit on the front row of the lower series, with their Cup-built cars and serviced by their cup teams. Coach Phoney-Joe must feel so proud of himself for this!

I’ll skip this travesty, and wait until later to watch a real race, the Indy car race from Iowa.

I turn the XfiniCup practice race on just long enough to see who isn’t there. Did you notice that NBC, like Fox, tried to keep the camera out of the stands. When they could not it was obvious that the stands were empty. How NASCAR cannot grasp that there is virtually no interest in this farce eludes me as does the racing press writing about it like anyone cares.