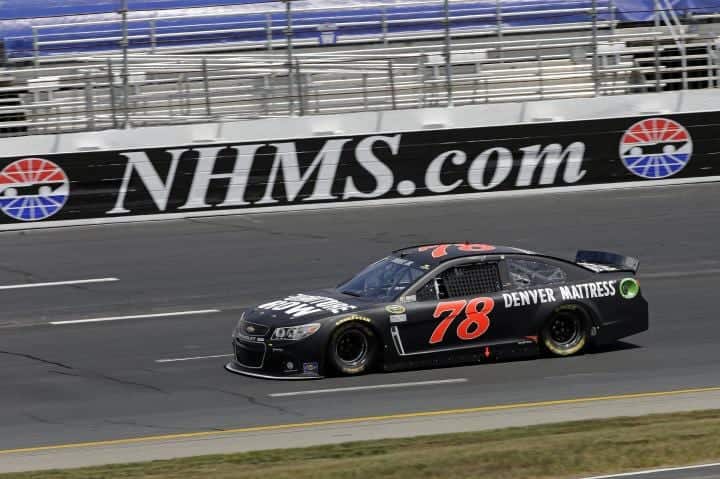 Welcome to the Frontstretch Five! Each week, Amy Henderson takes a look at the racing, the drivers and the storylines that drive NASCAR and produces a list of five people, places, things and ideas that define the current state of our sport. This week, Amy takes a look at five teams who have shown a lot of improvement in 2015.

It would be hard to have a more marked improvement in the sport than Truex and the No. 78 team have had this season. Team and driver struggled mightily last year, leading just one lap all season and posting only a single top-five finish. In just over half a season this year, Truex has a win – and could easily have two or three more – and only Kevin Harvick has more top-10 finishes (17). More importantly, the team has found real consistency, sitting fifth in driver points and looking like it could not only make the Chase but contend for the title with teams who have at least twice the budget. The team shares information with Richard Childress Racing, but the alliance doesn’t explain everything about their performance this year; they’re handily outrunning both the RCR contingent and the two other teams who share similar alliances. The rules package at Kentucky threw them a curveball, but the team has shown that it can run with the best of the best week in and week out, so there’s no reason not to think they’ll figure it all out.

You can’t call Busch’s 2014 season a bad year. He won a race, made the second round of the Chase and did it amid a media circus after allegations of domestic violence from his former girlfriend. Suspended for the first three races of this season as a result of those allegations, Busch came out swinging, and like Truex, has already put up better numbers in 2015 than he did all of last season. Despite missing those three races, Busch sits eighth in points heading to Indianapolis. The season might have been a last, best chance for the 2004 Cup champion, but instead, he’s made himself into a better driver and looks to have found a true home at SHR.

Don’t look too closely at Busch’s season totals beyond his three wins, which triple what he brought home all year last year. The rest don’t much matter; after all, Busch has only had eight races after an injury sidelined him for three months to open the season. He’s driving with a vengeance, anxious to prove he deserves a Chase spot. The forced time off seems to have made Busch appreciate his team and his job more than ever before. It could also be argued that Joe Gibbs Racing as a whole is better this season; all four of its teams have been strong this season with its new sets of rules, and that’s come together at the best possible time for Busch and his teammates as they look to prove they can get it done in the Chase.

Don’t look too closely at the numbers for this small team; they don’t tell the whole story. Remember, this team was starting and parking for a good chunk of the season as recently as 2012. Now, they’re good enough to be in the top 15 a lot of weeks and less than a top 20 is a huge disappointment, when a couple of years ago that same top 20 was cause for celebration. Since joining the team in 2010, Mears has improved his average finish by almost nine positions. The last time Mears was in the top 20, he was racing for Hendrick Motorsports. In 2015, Mears and Co. have been able to overcome adversity during their races, the mark of a team that’s cohesive and strong. The driver was rewarded recently with a contract extension as well, and it doesn’t look like too many more steps until this team is at the next level of competition.

For McMurray, it’s not so much about the numbers; he’s on pace to put up about the same stats this year as last, and he hasn’t led a lot of laps. What he has done is run consistently in the top 15. His average finish is up three spots over last year, and the difference could mean McMurray’s first Chase berth. While it’s unlikely he’ll contend for the title, he’s earned his position in the points. The first step to winning consistently is running consistently in a position to take advantage of the situation. McMurray is getting closer to that this season. He’s capable of winning, and the team as a whole has taken a few steps closer to that goal as well. They still look like they’re a few key changes away from winning, but they also look like they can make those moves and find the magic that has eluded them the past few years.