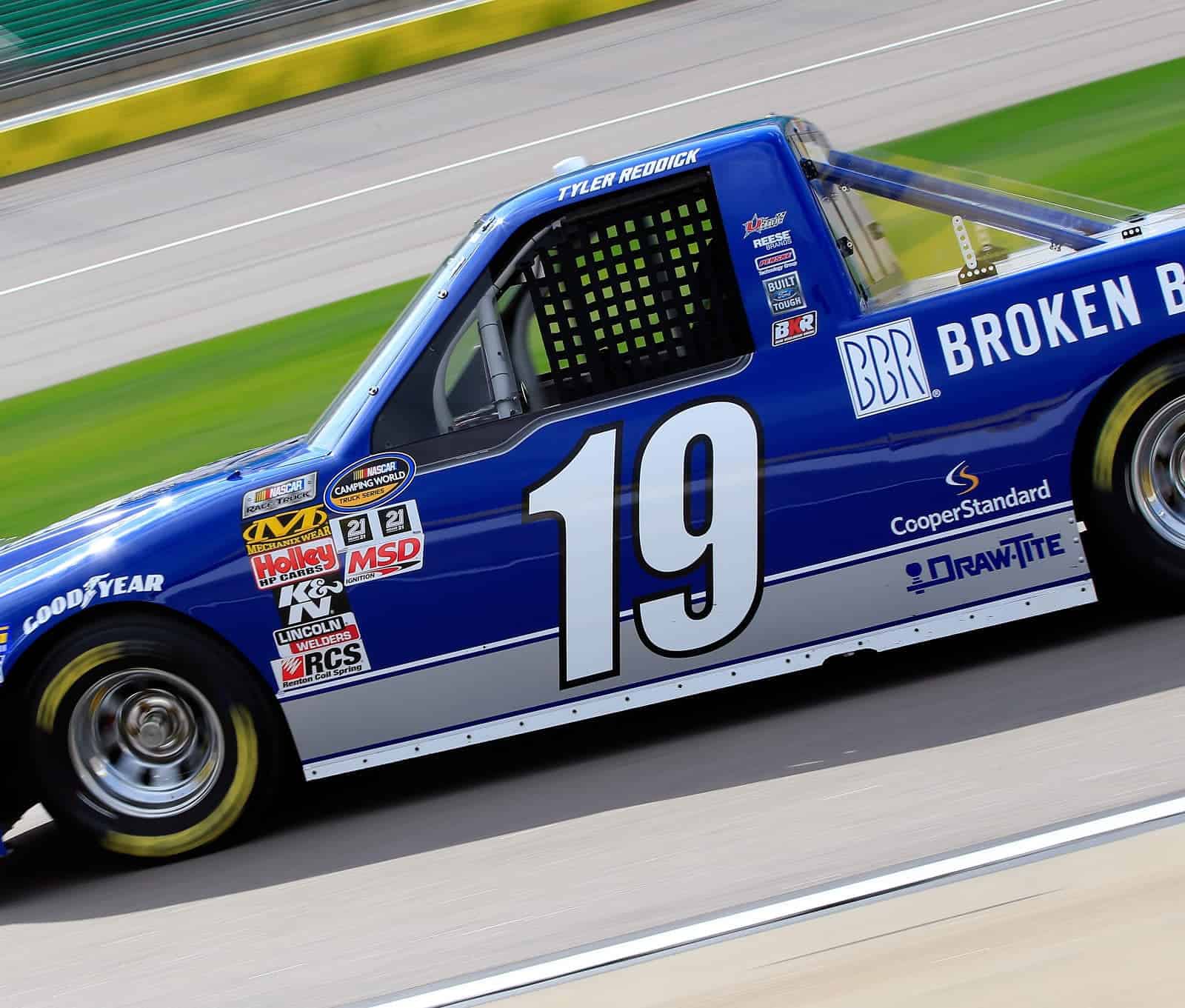 The Camping World Truck Series slung some dirt Wednesday morning during two practice sessions in preparation for the 1-800-Car-Cash MudSummer Classic. Erik Jones turned the fastest lap in the first session, while Tyler Reddick was quickest in the second.

With a lap of 89.454 mph in the first practice, Jones showed that the speed he had in last year’s running of the event is back. He hopes to repeat as pole winner when qualifying takes place at 5:15 Wednesday afternoon.

Sprint Cup driver Austin Dillon, who won the inaugural event at Eldora two years ago, was second fastest with a lap of 89.299 mph.

The second session, which took place just minutes after the first one ended, was paced by Reddick who put down a 89.264-mph lap.

During both practices, a number of incidents occurred. Most of the yellow flags were for spins. There were over 20 in both practices combined, including those of Pierce, Sauter, Brad Keselowski, Griffin and Jennifer Jo Cobb.

However, a number of drivers suffered more debilitating contact and spent time behind the wall for repairs. Ben Kennedy hit the outside wall in the first practice and spent the rest of his morning behind the wall. Madeline Crane, who is making her series debut Wednesday, feathered the throttle along the top of the track, attempting to avoid the wall, and was tagged from behind by Custer. After his first spin, Sauter backed his truck into the wall.