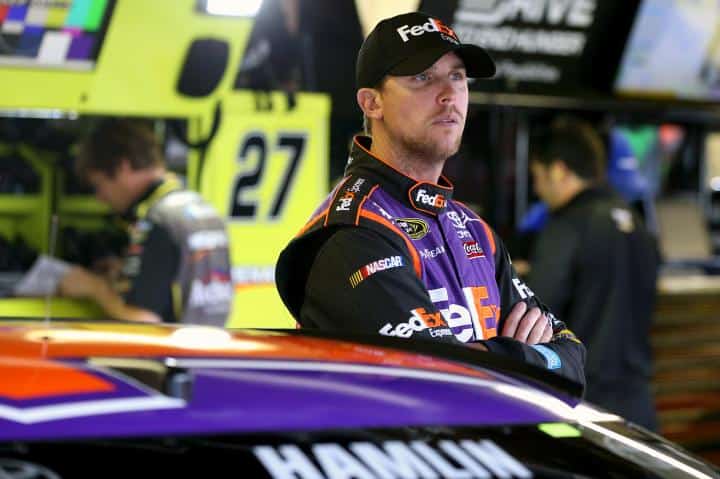 In NASCAR’s first practice session with the new high-drag rules package, familiar faces made their way to the top of the charts at Indianapolis Motor Speedway.

Denny Hamlin laid down a 49.934-second lap to top opening NASCAR Sprint Cup Series practice for Sunday’s Crown Royal Presents the Jeff Kyle 400 at the Brickyard. Looking to give Joe Gibbs Racing their first win at IMS since Tony Stewart’s second triumph in 2007, Hamlin averaged 182.208 mph in his No. 11 FedEx Toyota, making him the only driver to top 182 mph.

Four-time Indy winner Jimmie Johnson ended the session in second, clocking a speed of 181.796 mph. Johnson was followed by 2003 victor Kevin Harvick (181.756), five-time winner Jeff Gordon (181.444), who will make his final Brickyard start on Sunday and two-time winner Stewart (181.214) to round out the top-five speeds.

Matt Kenseth, Dale Earnhardt Jr., Jamie McMurray, Kurt Busch and Martin Truex Jr. made up the back half of the top 10.

Fans hoping to see an example of Sunday’s race product will have to wait a bit longer. Teams opted to make single-car runs in the session, working on their setups for clean air.

The largest issue thus far for drivers has been visibility. With the large rear spoiler being used on the back of the NSCS cars this weekend drivers struggled to see what lay behind their vehicles.

The stars of the Cup Series will return to the racing surface at 1 p.m. ET for an 85-minute practice.