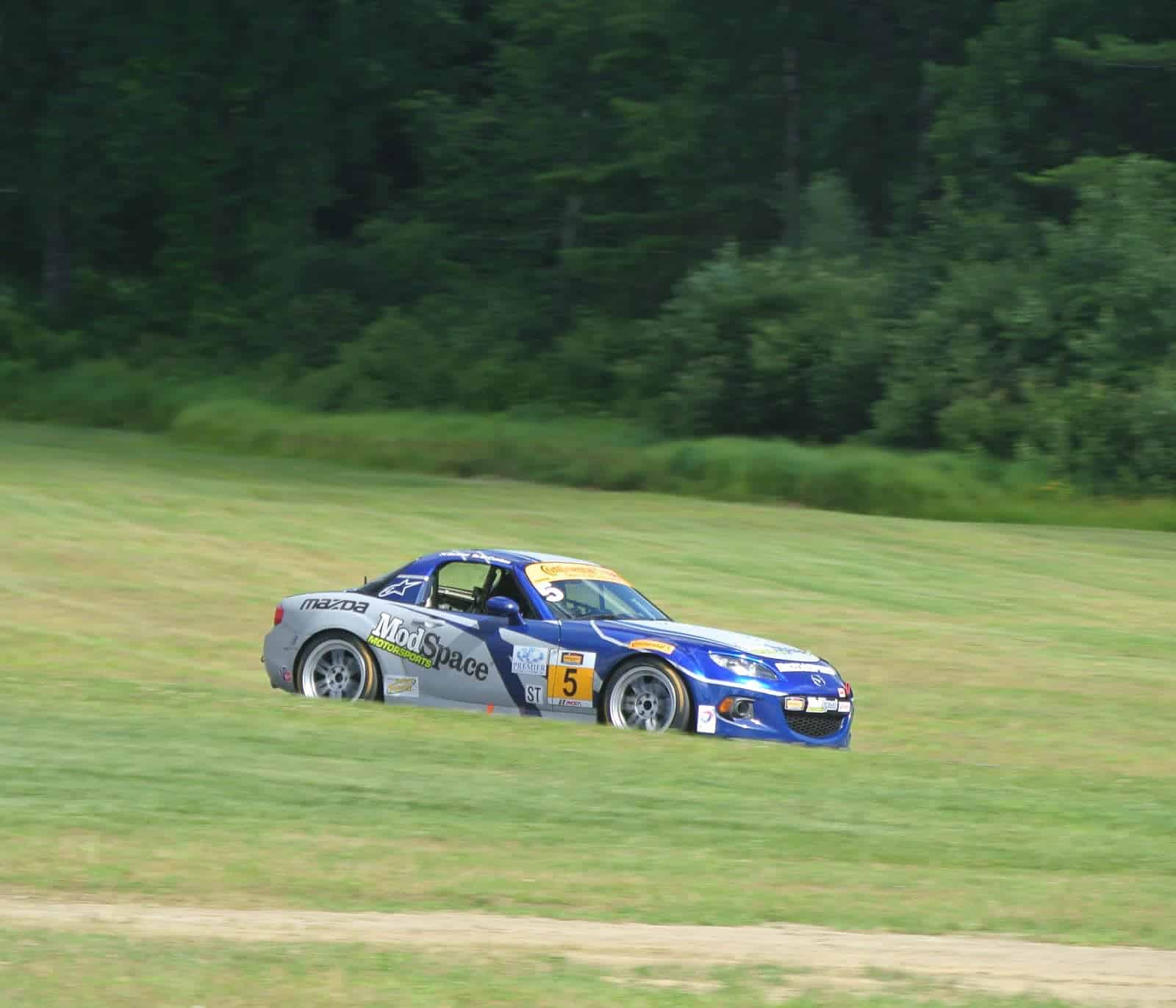 Saturday’s two-hour combined race for the IMSA Continental Tire SportsCar Challenge is looking like it could be quite the dogfight. 41 cars are scheduled to start the race and close quarters will be the name of the game. Qualifying is very important since passing can be quite difficult.

In GS, the apparent goal was to get in your fast time as quick as you possibly can in the session. With only 12 GS cars entered, room wasn’t likely to be that much of a problem, but just getting the lap over with was a priority. By the halfway point of the session, most of the fast guys were already done.

Matt Bell, driving the No. 9 Chevrolet Camaro Z/28.R for Stevenson Motorsports, was on the gas from the green light. The first lap he turned was quite fast, as you’ll see. However, he wanted to maximize his pace. The second lap was a lap of 57.654 seconds (95.535 mph) around the 1.53-mile circuit, good enough for the pole. At that point, Bell parked it and let everyone else take a shot.

10 minutes later, the checkers flew and Bell stood alone at the top of the charts with the overall pole.

“I don’t remember [Lime Rock] getting this slick,” he said in the track’s Media Center. “I got a few laps in practice and I knew that I wanted to get this done right up front. I wanted to go out right away, get myself a gap to my team car or the [No.] 13, and just let them run away so I could do my own thing. The first flying lap was actually good enough for pole, but ‘good enough’ never works. You never want to leave anything on the table in qualifying. The second flying lap was a cake topper.”

Bell’s lap was a tenth of a second faster than Hugh Plumb in the No. 13 Porsche 911 for Rum Bum Racing. Andrew Davis qualified the No. 6 Stevenson Camaro third in class. Austin Cindric, who is pulling double duty on Saturday, competing in both the CTSC race and GRC Lites in Detroit, was fourth fastest in his Shelby GT350R-C. The No. 41 Nissan 370Z of Nick Hammann was fifth fastest.

In the ST Class, Chad McCumbee managed to blow the field away in his Mazda MX-5 for CJ Wilson Racing. McCumbee’s lap of 58.806 seconds (93.664 mph) was not only the fastest ST lap of the day and more than good enough for the ST pole, but it was also a new track record for the class. The lap was over a half a second faster than anyone else in the class.

Like in TUSC, IMSA does split starts for the classes, so all of ST will start behind GS. However, McCumbee’s lap is only 1.152 seconds off the overall pole, good enough for ninth overall. The lap was faster than both of the Mantella Autosport Camaros and the Racers Edge Motorsports Ford Mustang that put up times.

Afterwards, McCumbee described how the CJ Wilson Racing team constantly adjusted on an already good car prior to qualifying.

“We made a lot of changes today,” McCumbee said during his one-on-one time. “Our ModSpace guys, they do a great job every week. All we did this week was unload good and get better. Every [practice] session, we picked up time and drivability. We were P2 in the last practice and still made major changes prior to qualifying. Obviously, those changes were in the right direction because it’s the best [the car] has drove yet.”

Behind McCumbee, the field was really bunched up. Positions 2-16 in class were within a second of each other. Justin Piscitell, driving a decidedly secondhand Alara Racing No. 34 Mazda MX-5 after a crash in practice, qualified a distant second in class. Jeff Mosing was third in the No. 56 Murillo Racing Porsche Cayman. Lee Carpentier was fourth in the No. 18 Rennsport One Cayman. These three drivers were separated by just three-hundredths of a second. Jason Breidis in the Optima Batteries-sponsored No. 84 BMW 328i for BimmerWorld Racing rounded out the top five.

The IMSA Continental Tire SportsCar Challenge race is scheduled to go green at 10 a.m. Saturday morning. Live coverage with audio from IMSA Radio can be found at IMSA.com. Delayed TV coverage of the race will air Aug. 2 at noon on FOX Sports 1.