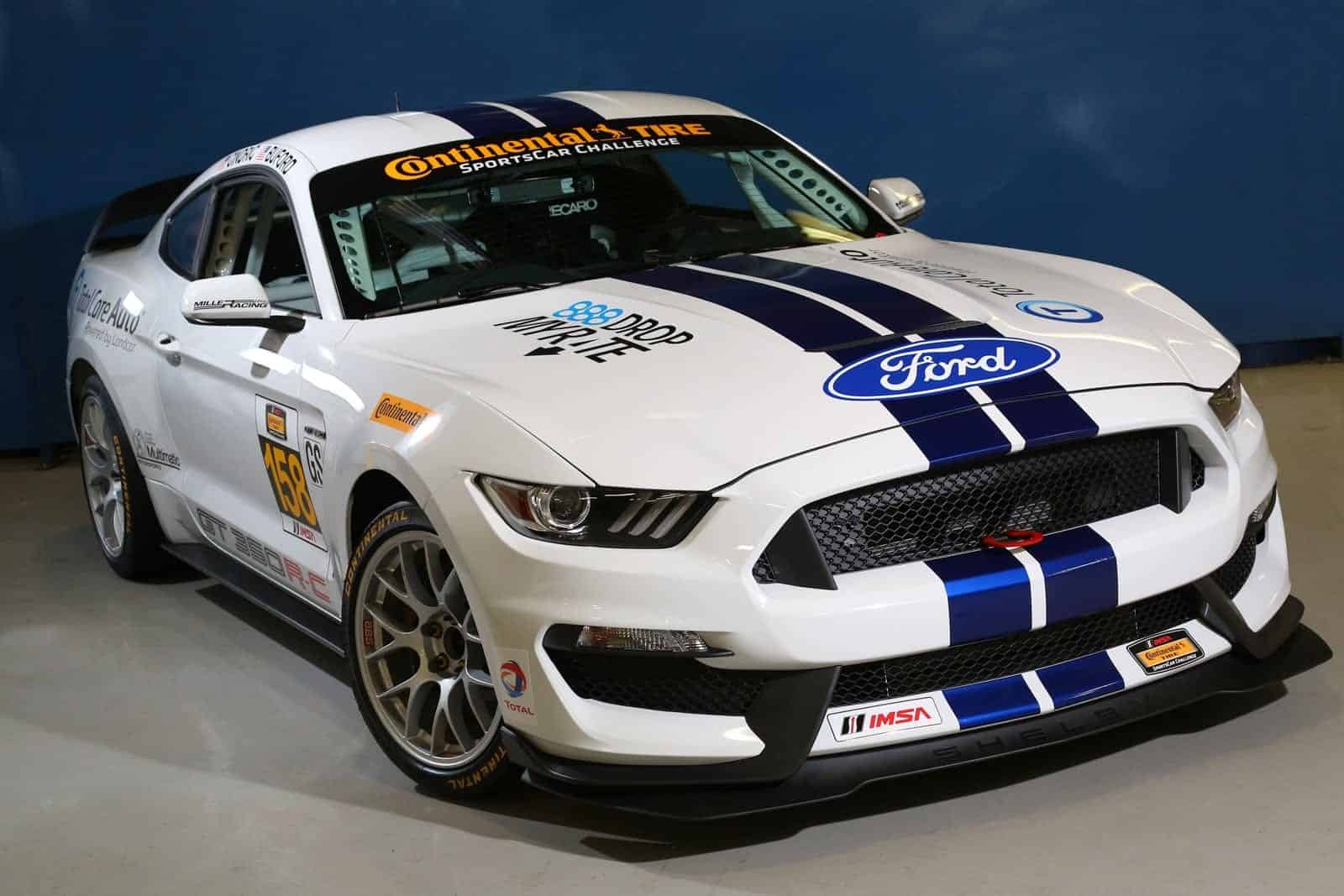 During the Northeast Grand Prix weekend at Lime Rock Park, the IMSA Continental Tire SportsCar Challenge is the primary support series. The series was originally scheduled to race in separate two-hour events, but IMSA announced last week that the field would be combined for one two-hour block, scheduled for Saturday morning at 10 a.m.

Friday saw the teams take to the track for two brief, class-separated sessions, then two combined sessions to prepare for Saturday’s race. Based on those practices, Rum Bum Racing remains the team to beat at Lime Rock.

The duo of Hugh and Matt Plumb were fastest in the opening session, held in relatively cool weather. Matt’s time of 57.111 seconds (96.444 mph) around the 1.53-mile configuration in the morning session was the quickest CTSC lap of the day.  The lap was nearly three-tenths of a second faster than Trent Hindman in the No. 46 Trim-Tex BMW M3 for Fall-Line Motorsports. The No. 15 Shelby GT350R-C shared by Billy Johnson and Scott Maxwell was third quickest.

The second session was dominated by the two Stevenson Motorsports Chevrolet Camaro Z/28.Rs. The No. 6 of Andrew Davis and Robin Liddell was quickest with a lap of 57.572 seconds (95.672 mph), nearly a half-second faster than teammate Lawson Aschenbach in the No. 9. The Plumbs were third quickest in their Porsche 911.

The final session saw the Plumbs regain their position at the top of the charts with a lap of 57.656 seconds (95.532 mph).  The Fall-Line Motorsports No. 46 of Hindman and Ashley Freiberg were second, two-tenths of a second slower. The Multimatic Motorsports No. 15 of Maxwell and Johnson were third fastest.

In ST, once the weather warmed up, it became clear that two particular types of cars were going to be quick once again.

In the brief, 15-minute morning session the duo of Sarah Cattaneo and Owen Trinkler were quickest in their Honda Civic Si with a time of 59.020 seconds (93.324 mph), good for 11th overall. Andrew Carbonell and Ssgt. Liam Dwyer in the No. 26 Freedom Autosport Mazda MX-5 were second quickest, followed by the duo of Jeff Mosing and Eric Foss in the No. 56 Murillo Racing Porsche Cayman.

Session No. 2 saw the Caymans and MX-5s come to the front. Mosing was quickest with a lap of 59.434 seconds (92.674 mph), three-tenths of a second faster than the No. 34 MX-5 of Christian Szymczak and Justin Piscitell. Later on in the session, the No. 34 spun and backed into the tires, damaging the trunk of the car. The team made repairs and returned to the track for final practice.

The Carbonell/Dwyer No. 26 MX-5 was third while the No. 17 Rennsport One Porsche Cayman for Spencer Pumpelly and Luis Rodriguez Jr. was fourth. Another MX-5 for Stevan McAleer and Chad McCumbee was fifth. The top-six cars turned laps in the 59-second bracket, while the top 12 were within a second of Mosing.

Final practice saw Pumpelly turn in a lap at 59.347 seconds (92.810 mph) to top the ST charts, followed closely by McAleer. Rennsport One’s No. 18 of Dylan Murcott and Lee Carpentier was third quickest, followed by the Cattaneo/Trinkler Civic and the third Rennsport One entry, the No. 19 Porsche Cayman of Connor Bloum and Greg Strelzoff.

The final session also saw a couple of red flags. The first of which was when Aaron Nash‘s No. 86 BMW 128i stalled exiting turn 3. Later on, Philip Bloom spun his No. 11 Porsche Cayman and hit the tires with the left side of the car. He was able to drive back to the pits, but drew the red before he could resume.