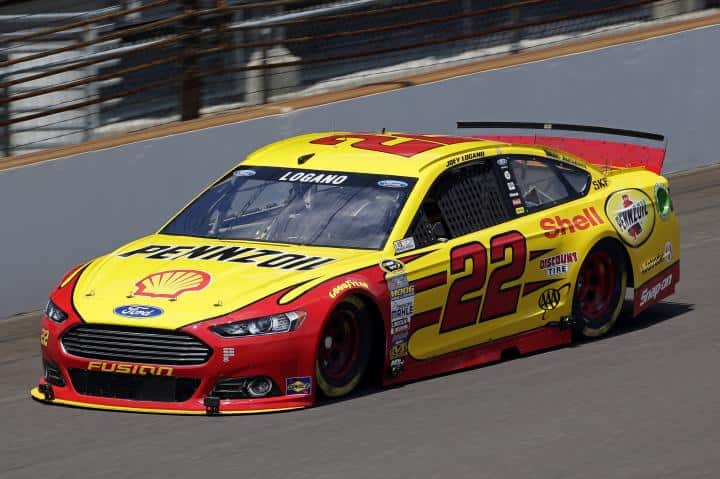 Roger Penske doesn’t have to say anything for his team to know the importance of winning at Indianapolis Motor Speedway.

Logano, who won the season-opening Daytona 500 in February, made an appearance in the media center prior to second practice for Sunday’s Crown Royal Presents the Jeff Kyle 400 at the Brickyard to discuss the importance of the race to both he and Penske.

“Anytime we hear Indy coming up, we start getting the calls from Roger,” said Logano. “This is the one on his bucket list that he hasn’t gotten yet and we talk about it a lot.”

Logano, in his third year with Team Penske, has become a consistent contender in the NASCAR Sprint Cup Series. After making the “Final Four” in the debut of NASCAR’s new Chase for the Sprint Cup system last season, the Connecticut native won at Daytona to secure himself in this year’s edition of the playoff.

“That’s something to talk about forever,” said Logano on the possibility of winning both races, a feat last accomplished by Jamie McMurray in 2010. “I look at Indy and Daytona as the two biggest races of the year as far as the prestige and history behind the races. Every time you drive in this place you’re like, ‘This is cool. This is Indy.’ I still get those chills that it’s neat and it’s fun to be here, so winning obviously would be very special.”

In his seventh year of full-time competition in the Cup Series, Logano will also have a chance to give Penske a rare feat: a racing triple crown including the Daytona 500, Brickyard 400, and Indianapolis 500. Juan Pablo Montoya won the latter race for Penske’s Verizon IndyCar Series team in May. The last owner to accomplish the trifecta was Chip Ganassi, who won the three races with McMurray and Dario Franchitti in 2010.

Since their debut at the 2.5-mile Speedway, Indiana circuit in 1969, Team Penske has earned a record 16 Indianapolis 500 wins. However, the owner has yet to claim a victory in the Brickyard 400, despite coming as close as second with a slew of winning drivers including Logano, Brad Keselowski, Rusty Wallace and Kurt Busch.

With history like that, Penske doesn’t need to say anything for his team to understand the importance of winning at the legendary track.

“We feel it without him saying it, believe me, and we talk about it,” said Logano. “We know how important it is to him and how bad he wants to win this thing, so not a surprise to us that he wants to do it and he’s not pressuring us more. He doesn’t really have to.”

Logano and Penske will get their chance at racing history when the green flag flies for the Brickyard 400 on Sunday at 3:30 p.m. ET.