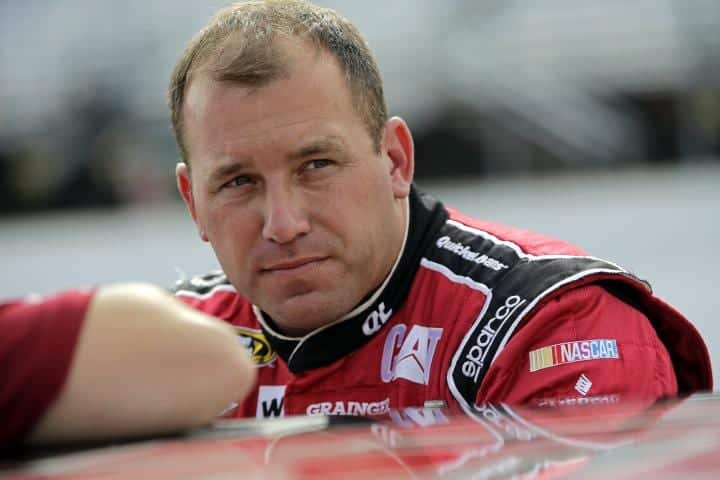 12 hours before returning to Indianapolis Motor Speedway in the NASCAR Sprint Cup Series, Ryan Newman took the time to return to his racing roots.

“Richard Childress said ‘go try to win it,’ so we tried,” said Newman, who won Rookie of the Year honors in Silver Crown in 1995.

Newman, who drives for Richard Childress Racing in the Cup Series, competed in the event just one week after running a NASCAR Whelen Modified Tour race at New Hampshire Motor Speedway.

“It’s just good racing,” said Newman of the decision to race at LOR. “It’s fun racing the cars that I used to race. People are good to see, and it’s convenient because it’s close to the speedway.”

Newman, a native of nearby South Bend, Indiana competed in the race with friends and family in attendance, offering a rare glimpse into his personal life. Attempting to focus in his cockpit just prior to the race, Newman was temporarily distracted as a small boy waved a stuffed animal in front of “Uncle Ryan” just before engines were fired.

“There are a lot of friends and family around, and that’s kind of what it’s all about,” said Newman.

NASCAR used to run at the Clermont track, holding races in the Xfinity Series and Camping World Truck Series until 2012. However, while some fans are calling for NASCAR to return to the speedway, Newman’s more worried about the current races.

“I’m not so much worried about NASCAR coming to (LOR) as I am about open wheel putting on good shows,” said Newman. “I think if USAC could get some more cars here and bring more fans out, it would get the series back to where it was in the late ’90s and early 2000s.”

The 2013 Brickyard 400 winner would ultimately end his night in third, trailing brothers Tanner and Kody Swanson as the checkered flag waved.

“Tanner’s won a lot of races and Kody’s leading the points, so I was running with the best of them,” said Newman. “We just came up short.”

But despite failing to reach Victory Lane, Newman remained in good spirits while undergoing a bit of nostalgia for how life used to be.

“It was a good opportunity to win a race,” said Newman. “I was fortunate enough to win back in ’99 here. To come back here a few years later, try again and still be competitive feels good.”

We used to go every year to Indy for the Brickyard 400 and every Friday night went to the truck race and evry Saturday night went to the xfinity race.Those two races made the weekend great–the cup race was just a formality–usually hot and boring.Lucas oil raceway is some of the best racing I’ve ever seen and I grew up 10 minutes from Talladega.

The Xfinity race at the Brickyard is a flop. I went to the inaugural one. I wish I could have gone to IRP to see Trucks and Xfinity instead. The most interesting things in that race were the restart controversy with Elliott Sadler and Danica wrecking herself (had a good view for that one). I think if the races were back at IRP the Brickyard would be an more inviting travel option.

those races they use to run at IRP were awesome races. that place would sell out and people would be sitting on blankets and car hoods. some great truck and busch races were ran there.

I’d at least let the Cup Cars have IMS Gasoline Alley again and at least some interpretation of a Saturday Afternoon, Twilight or Night Race. I feel IRP is more organic for XFinity and I want to see a different kind of All Star Race and unfortunately, we can’t undo business concussion, but, I feel at the least, the Brickyard would feel more like a Proper Weekend again.