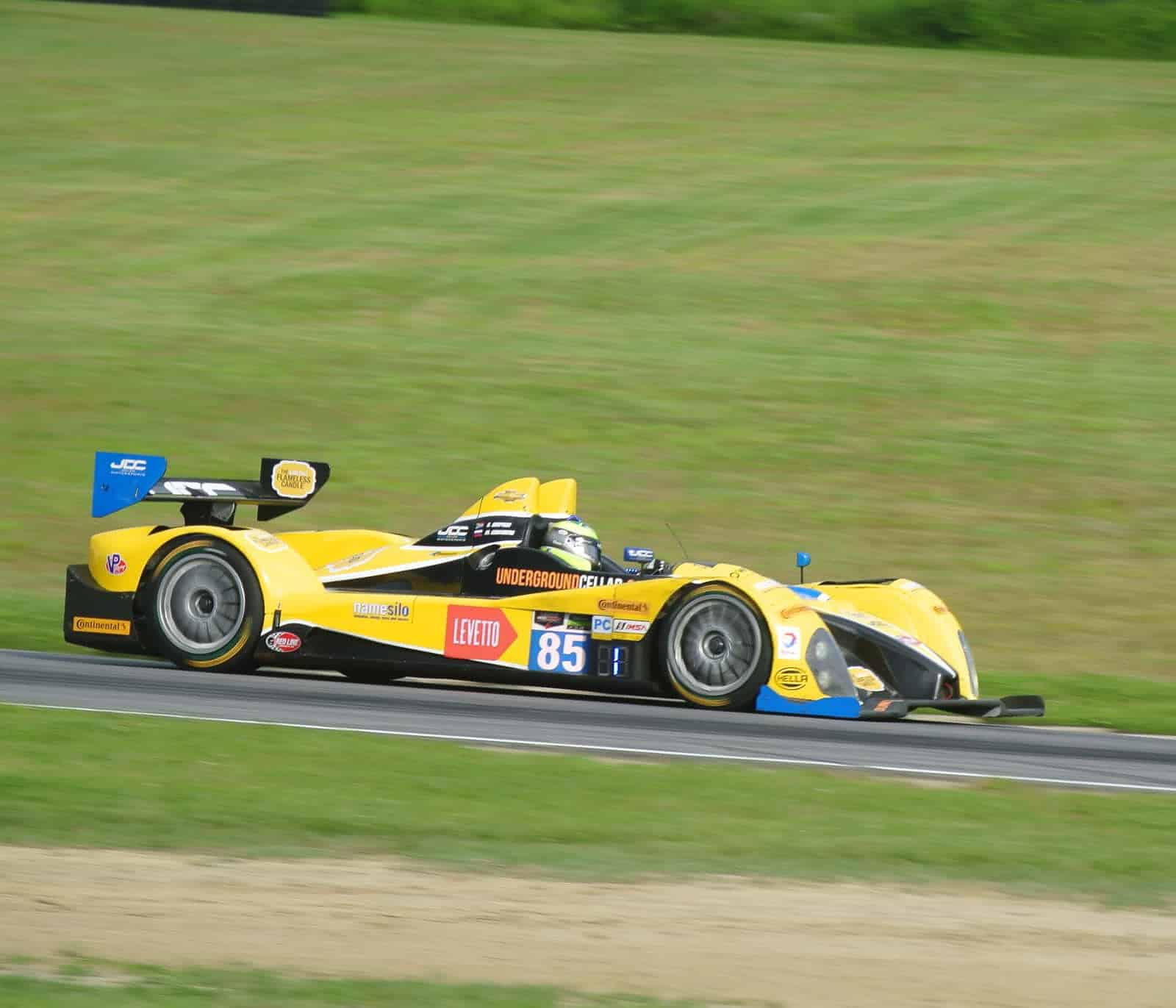 With only 18 cars entered for Saturday’s Northeast Grand Prix, traffic won’t be that much of an issue for the Prototype Challenge (PC) and Grand Touring Daytona (GTD) classes. However, that doesn’t mean that grabbing the pole isn’t important.

By the time the PC cars got on track, the skies were starting to cloud up. Rain was not too far away. Therefore, it was imperative for teams to get out on track and set good times  Stephen Simpson, qualifying the No. 85 for JDC/Miller MotorSports, did just that by setting a lap of 49.055 seconds (108.172 mph) to put himself on top of the charts, three-quarters of a second ahead of the pack.

Just six minutes into the session, Todd Slusher spun his No. 16 entry for BAR1 Motorsports in the chicane, backing into the Armco barrier and bringing out a red flag. Slusher was OK, but the car had to be taken away on a rollback. The session was red-flagged all the way up to the scheduled end of the session at 5:55 p.m.

Since the session had not been green long enough to be considered official, it was extended to the point that ten minutes of green-flag action in total was available. That put the session just inside of the 6 p.m. curfew. Just to make matters worse, it started sprinkling rain during the delay.

Once the green came back out, Performance Tech Motorsports’ James French put his best foot forward in an attempt to unseat Simpson. French was able to improve his time, but could not touch the 49.055 that Simpson set prior to the red flag. It is the first-ever pole position for JDC/MillerMotorsports in TUSC.

For Simpson, the weather was the determining factor for why he got out as soon as he could.

“When I was sitting in the car before we went green, I thought that the rain might come,” Simpson said during his press conference. “I didn’t think so a couple hours earlier, but I wanted to get out on track and get a couple of good laps right away just in case it did come down a bit harder. I just wanted to be on it from the word go. I think we got in a couple of good laps.  There was a little bit more in it, but the JDC/Miller MotorSports guys did a great job today. We were a little bit off in the first practice; I was making lots of pit stops and lots of different changes. We eventually found some good speed and I’m just really pleased to be a part of JDC/Miller MotorSports.

In GTD, the session came down to a duel between Paul Miller Racing’s Dion von Moltke and Riley Motorsports’ Ben Keating. Keating had the advantage early on, setting a lap in the low 54-second bracket. Later, Keating used a tow off of the slower Compass360 Racing AudiR8 of Ray Mason to lower his time. Von Moltke took no time in lowering his best time to a 54.004 second lap (98.259 mph).

With Von Moltke’s carrot out there, Keating tried his darnedest to beat the young Audi driver racing under the South African flag. It was not meant to be. Keating got into the chicane too fast and spun on one lap. While he didn’t hit anything, Keating did overheat his tires a little. From that point on, Keating’s car was squirrely. The SRT Viper GT3-R would squirm under braking and throw Keating offline at times. When he did get it right, he was very close, just nine thousandths of a second off of Von Moltke. But, that would be as close as Keating would get, as Von Moltke held on to take his second pole of the year.

Von Moltke was happy not only for the pole, but for some good news on the family front.

“We didn’t really know what we had going into qualifying, so we just gave it everything we had,” Von Moltke said in his press conference. “Luckily, it was just enough, nine thousandths of a second was the gap to P2. A little closer than I’d like, but it’s a big testament to the team [and] our engineers here at Paul Miller Racing for getting our Audi R8 LMS up to my second pole (technically third) in a row here.

“It’s a special day [for me] since my dad got his scans back today. He’s cancer free, so it was nice to give him [a pole]. Tomorrow’s what we’re focused on and hopefully we can keep [our Audi] up there.”

Behind Von Moltke and Keating was Patrick Lindsey in the No. 73 Porsche 911 GT America for Park Place Motorsports in third. Ian James was fourth in the Alex Job Racing/Team Seattle Porsche, while Christina Nielsen was fifth for TRG-Aston Martin Racing.

The Northeast Grand Prix is scheduled for a 3:15 p.m. start on Saturday afternoon. The race can be seen live on IMSA.com.  Delayed coverage of the race will air at 5 p.m. Sunday on FOX Sports 1.