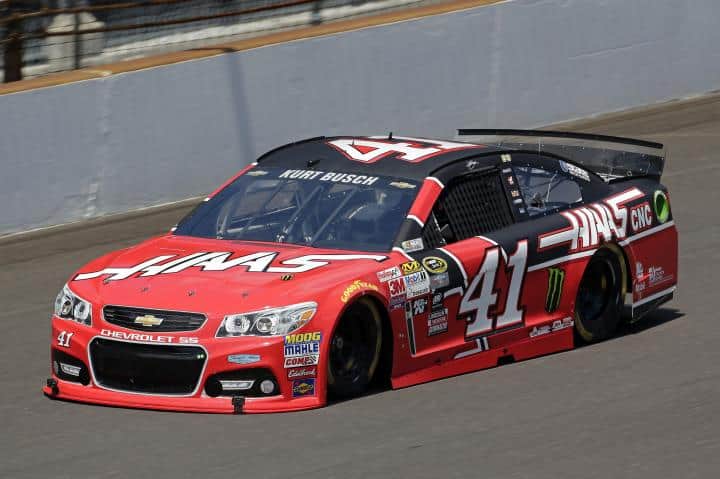 Busch, who has two wins to date despite running three fewer races than his championship competitors, laid down a 181.987-mph lap to top the session. Stewart-Haas Racing teammate Kevin Harvick joined Busch at the front with a 181.763-mph circuit around the 2.5-mile oval.

For the first time this weekend, fans got a glimpse of NASCAR’s planned drafting-influenced racing at the Speedway, Indiana track. Drivers including Denny Hamlin, Jamie McMurray and Edwards took advantage of the new high-drag rules package, drafting up to and slingshotting past their competitors as they roared across the track’s brick finish line.

Young Timmy Hill’s No. 98 Premium Motorsports team will have an uphill battle heading into qualifying tomorrow. Hill, hoping to make his first career start in the Brickyard 400, was running in race trim early in the session when he lost control of his Chevrolet coming off turn 4. Hill slid into the inside wall, damaging the nose of his car and forcing the team to bring out a backup.

Johnson is fourth. He can be a lot quicker than that. Wait until he starts passing cars like he’s got more hp than anyone else (which he probably does).