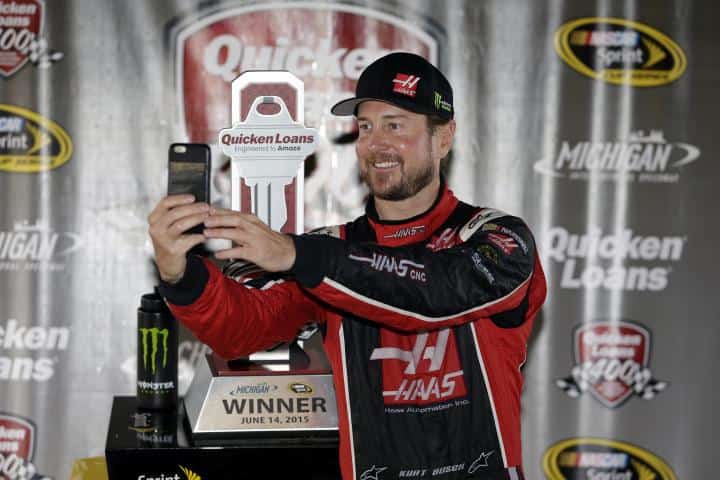 Hey everyone! I’m sorry about being a little bit late posting, but I was going across the Gulf of Maine last night and got to dock quite late. After watching all the practices this morning and looking over the data, I’ve got to say it’s a bit confusing. The cars are running a high-drag package this week at Indianapolis Motor Speedway that NASCAR hopes will promote passing. Based on my observations, it looks like the cars are able to get a pretty good tow down the straightaways and that is messing with some of the published lap times. That can mess with your fantasy picks because cars may look better on paper than they’ll actually perform on track; a good draft will give them a top speed they otherwise won’t be able to accomplish by themselves.

I will say that I liked the way Brad Keselowski looked and he was extremely happy with his car. Brad arguably has had the best car the last two races and will be starting 31st so he should make some nice place differential points. I also like Ryan Newman if you are looking for some place-differential points. He had a decent car, but his time was disallowed in qualifying so he will roll off shotgun on the field.

Who else has caught my eye? Look below to find out. As always, the prices I use are those if you have been following along with my team, playing in NASCAR.com’s Fantasy Live Game along with several of your Frontstretch experts.

Harvick starts sixth and looked like he had a fast car in the practice sessions. He kissed the bricks here in 2003 and will be looking for a repeat performance of that this year, entering the weekend as the point leader and continuing his season-long dominance on the circuit. Last year’s pole sitter at Indy, Harvick led 12 laps with this team and ran strong all day en route to an eighth-place finish. This time, the No. 4 car has what looks like top-five speed and should be a factor once again throughout the race.

Truex starts 13th this week and he also looked fast in practice. I don’t know if he has a top-five car, but the Furniture Row Racing team has top-10 speed pretty easily. I don’t expect the chatter of this team changing manufacturers to impair their performance the rest of the season and I expect Martin to get back to winning form after this mid-year slump. After four straight races outside the top 10, you have to think they’ll change course after scoring top 10s in 14 of the first 15 races this season. Expect the slump to end today despite the fact Truex has just one career top-10 performance at Indianapolis.

Busch put up the fastest speed in the final practice session Friday. On Saturday, though he was only able to qualify in 14th spot. I actually like that position for him in this race as for fantasy purposes, it should give him some nice place differential points as he moves up. Hard to believe, but Busch is fighting an ugly track record at Indianapolis; he only has one career top-five finish in 14 starts. However, this time it looks like Busch has a car that should run in the top five much like his teammate in the No. 4. Keep in mind these two have had similar setups on these bigger tracks that have allowed them to give Stewart-Haas Racing a 1-2 punch that typically lasts the entire distance.

Carl put it on the pole for this week’s race. With that being said, I don’t think he has the fastest car, but it’s been a bit hard to get a read on things this week. In any case, the Joe Gibbs Racing guys have looked strong the last few weeks, collecting wins in three of the last four races and have run well at Indy at times in the past. A Toyota has not won at Indianapolis but JGR placed cars second, third and fourth last season, so they’ve come close. I would expect Carl to lead a few laps and run in the top seven for most of the race, continuing his recent run of success this month. Let’s just hope he leads enough laps to offset any positions lost.

What can I say about Michael? He is cheap and starts 34th, running a second car for Harry Scott. 31st in his only other Indy start, he doesn’t have a great track record, but this organization has shown promise with Justin Allgaier. Considering our options for a fifth driver, he’s the best fit with the money remaining and has broken through with a top-25 finish on an intermediate track or larger this season (13th at Kansas in May).

Race Winner: Harvick
Harvick looked good in the practices and I like that Chevy horsepower for these straightaways. Always a strong performer at Indy, it’s been a dozen years since the last time the veteran’s visited Victory Lane there. He’s due.

Manufacturer: Chevrolet
The Bowtie Brigade has won 12 straight races here so I think we’re pretty safe picking that streak to continue. With so many Hendrick-powered cars running at or near the front, expect either a car from their stable or SHR to take home the checkered flag.