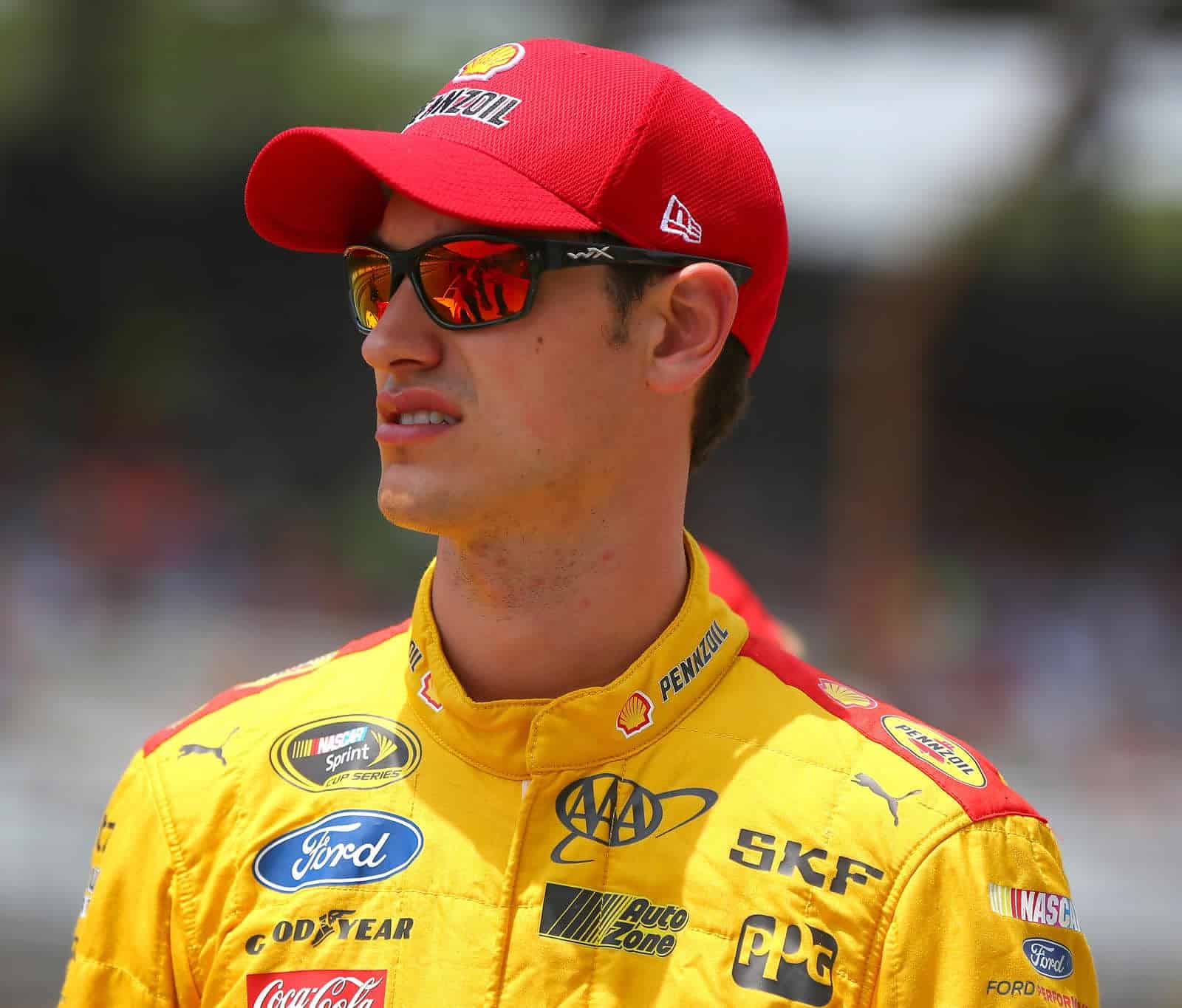 For the 22nd-straight year, Roger Penske has been denied a Brickyard 400 victory.

Unlike the 21 losses before it, Sunday’s race had more at stake.

Joey Logano won at Daytona in February, and Juan Pablo Montoya kissed the bricks in May. All Team Penske needed was a victory from either Logano or teammate Brad Keselowski.

Penske would come up just short.

Running differing strategies, Logano and Keselowski combined to lead 45 laps in Sunday’s Crown Royal Presents the Jeff Kyle 400 at the Brickyard. Logano ran second on the race’s final restart, in need of a push to take the race lead.

Logano managed to get a good jump on the restart, holding even with Kyle Busch, but the Las Vegas, Nevada native won the battle into turn 1, taking the race lead for good.

“Had a good last restart, just didn’t get the push behind me I needed,” said Logano.

At the end of most races a second-place finish would be nothing to hang your head on, but Indianapolis is a special place, and Logano had more on the line. Following a win in the season-opening Daytona 500, Logano had a chance to claim the season’s two biggest races, last accomplished by Jamie McMurray in 2010.

“You come to Indy, it’s all about the win, either win or finish last,” said Logano after his loss. “It doesn’t really matter anywhere in between. At least that’s the way I race when we come to a racetrack like this, Daytona and Indy.

“It’s all about getting trophies and rings and making out with the bricks. Unfortunately we came up a bit short.”

Logano’s second-place run marks the fourth runner-up result for Penske in the annual race, following similar letdowns from Rusty Wallace in 1995, 2000 and 2002.

Despite coming so close to a career-defining win, Logano refused to look at it as negatively as others might think.

“It hurts. Is it the all-time biggest disappointment in my career? It’s not that bad,” said Logano. “I can think of a lot worse things that could have happened today.

“I’m still walking. I’m still breathing. It’s a lot better than some people are doing, so I count my blessings and thank God for that.”

Did Logano really think Harvick would do the right thing and help? Not on your life, now if that was a Chevy in front…a different story. Joey good job today, and remember who didn’t help you today. Logano had too much class to call the guy out, but other people noticed and said so. As Kevin always says (when convenient, in his favor of course), that’s racing..will see when it’s his turn. :)