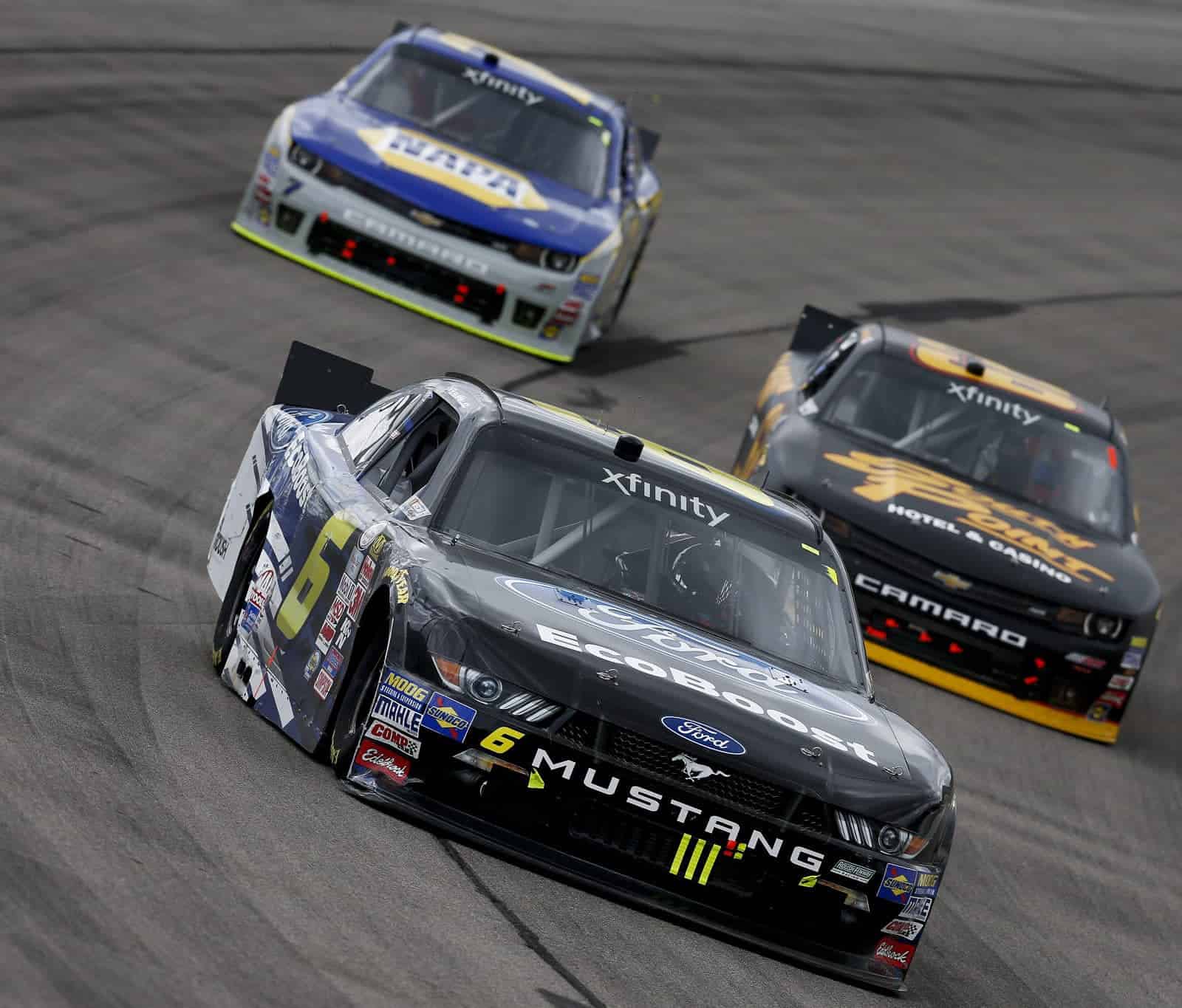 As the NASCAR Xfinity Series prepares to head to Iowa Speedway for the last time in 2015, one of NASCAR’s most familiar names is preparing for his final ride in the series.

With the Sprint Cup Series in Pocono, many top-tier rides will go to prospects and veterans at the .875-mile track. The most notable name entered is Kenny Wallace. Wallace, 51, will make his 547th and final Xfinity Series start on Saturday, piloting the No. 20 U.S. Cellular Toyota for Joe Gibbs Racing. In 26 years with the series, Wallace has nine wins, 66 top fives and 173 top 10s.

While one Wallace makes his last start, another will make his first. Matt Wallace, son of veteran Mike Wallace, will make his NXS debut, piloting the No. 26 Toyota for JGL Racing.

One driver will attempt a rare double. Erik Jones, a full-time competitor in the Camping World Truck Series, will fly to Iowa for the NXS race on Saturday night after competing in an NCWTS event at Pocono Raceway earlier in the day. Jones will start in the back of the pack, with Drew Herring practicing and qualifying the No. 54 Monster Energy Toyota.

Ryan Blaney, Brandon Jones and Ben Rhodes will also get a shot behind the wheel. Blaney will drive the No. 22 Discount Tire Ford for Team Penske, while Jones and Rhodes will pilot Chevrolets for Richard Childress Racing and JR Motorsports, respectively.

The NASCAR Xfinity Series will return to action at the Newton, Iowa track on Friday, July 31 for two practice sessions before returning n Saturday for Coors Light Pole Qualifying at 4:45 p.m. ET. Coverage for Saturday’s U.S. Cellular 250 Presented by New Holland will begin at 8 p.m. ET on NBCSN.

Frontstretch needs a fact checker. CORRECTION, there are no Xfinity stars since series regulars NEVER win. You have a half dozen Cup drivers to thank for that.

There is a Xfinity series? When did that start? I’ll have to check it out as currently I spend my Saturdays (or Friday nights) watching Sprint Cup practice.