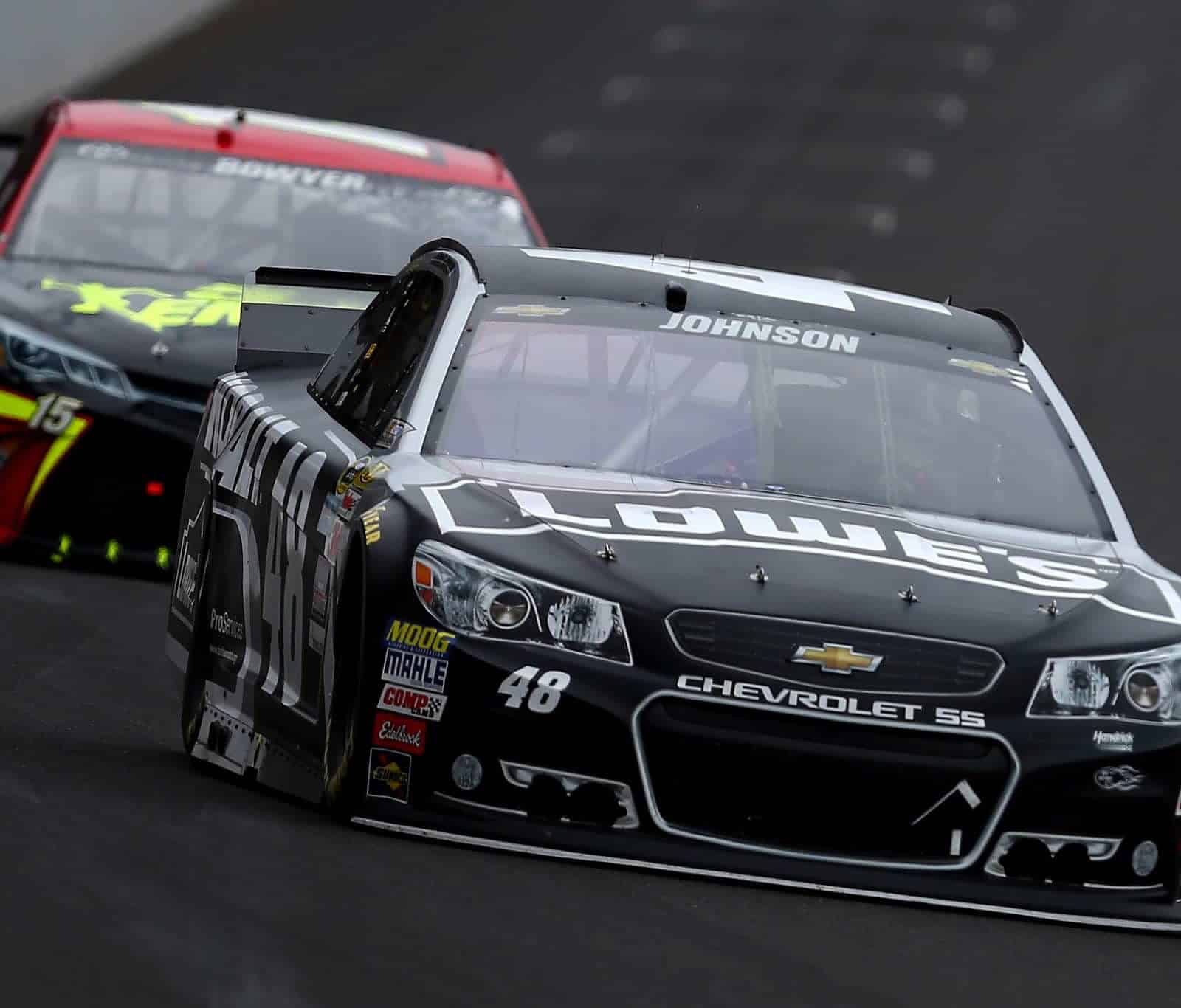 As much as NASCAR wanted the new, high-downforce aero package to work, that doesn’t appear to be the case according to drivers and those watching from the sidelines.

Even the most vehement supporter of the sanctioning body would tell you it’s impossible to say Sunday’s racing at Indianapolis Motor Speedway eclipsed past performances there for stock car racing. Despite NASCAR’s overall goal of making the sport better for fans and for drivers, this high-drag edition was no better than any other variation of racecar aerodynamics. Quite simply, the big spoiler only made it harder to see for the drivers and put an emphasis on restarts rather than green flag racing.

The desired “slingshot” effect didn’t happen and even Dale Earnhardt Jr. said he would make up, or gain, more positions in the pits and on restarts than he would on the track. Fellow Chevrolet driver Kyle Larson summed up the aero package as “bad.”

That’s a far cry from just a couple of weeks ago. When Sprint Cup cars were unloaded at Kentucky Speedway, there was renewed optimism from drivers saying they were looking forward to a low-downforce aero package. And when the weekend came to an end, there was no denying that passing in the pack, challenging for the lead and the intensity of the competition during the race had been raised a notch or two – or 10.

It wasn’t the package NASCAR wanted but in the give and take of the auto racing world, the sanctioning body went with it and the changes worked out. To the contrary, NASCAR did want the high-downforce aero package, pushing the costs onto their teams and this time it was the drivers who were skeptical.

Well, score another one for the drivers because at the end of the race in Indy, the desired results were not achieved, which is disappointing for everyone. Of course, racing at Indianapolis Motor Speedway has always been a challenge for the stock car side of competition, despite the fact that it was built as a test facility for the automobile industry to shake down cars before delivering them to consumers.

So, what happens next? The high-downforce package gets one more chance, reappearing when the Sprint Cup Series hits the track at Michigan International Speedway next month. If the results are the same as they were Sunday, then NASCAR will need to make significant revisions to the plan. If things work out well and the racing works better on a wider and higher-banked surface then perhaps there is hope.

One thing is certain; so far, the drivers have had better luck picking the most exciting new aero package for the cars than NASCAR has. Still, don’t count out the sanctioning body just yet because nothing in this sport is ever set in stone. The race at Kentucky was proof that change can be good but as we saw at Indy, not every change is going to hit a home run. We’ll have to see what NASCAR comes up with next….

Jerry Jordan writes for his own site as well, kickinthetires.net. Check it out!

The change sure didn’t do anything at this track ! The only excitement was when Joey tapped Carl and screwed up Carl’s car !! Darn Joey !!!!

My suggestion for the racing package at Indy? Go back to the short track at IRP (or whatever its called now). The amount of people that actually showed up at the Brickyard on Sunday to watch this garbage they call racing at the Brickyard would fill the stands at IRP. At least Jerry didn’t try to sugar coat this hot mess.

Agree with Steve –if nascrap insists on a midwestern track, IRP or Iowa would produce better racing. The brickyard has always been hype over substance –even their vaunted tire test in the mid-90s was boring. Since I care less about nascrap with each passing week let me just say what every other gray haired Southerner thinks: the Indy/CART debacle devastated open wheel racing & its crystal palace at Indianapolis. Nascrap was on a tear & Indy looked to the Southern rednecks that they had always sneered at to save their bacon.

Indy –the racing & the sightlines suck. The best part of the track was a) going to IRP for GN & Trucks; b) a little greasy spoon called Velmas; c) the golf course next to the track.