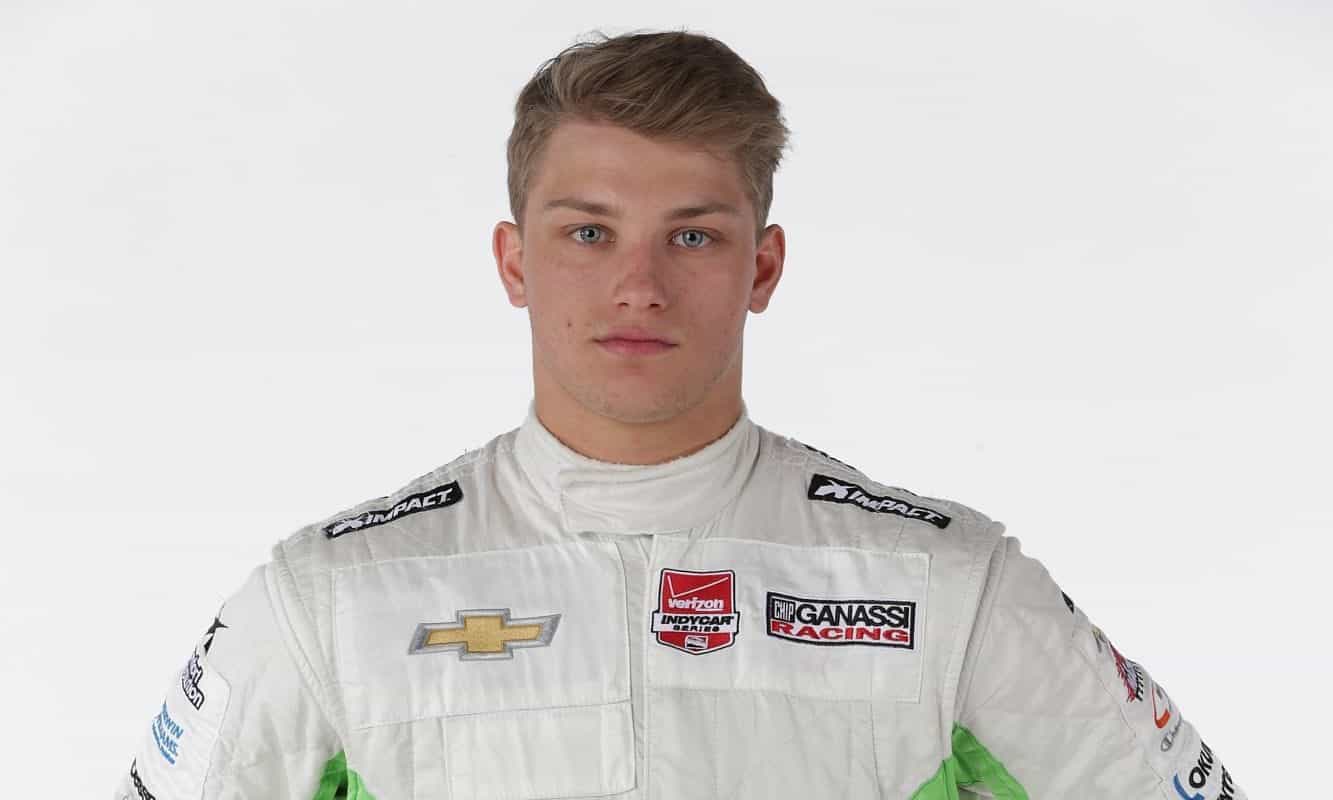 This unpredictable sport of racing has a way of turning a normal kid into an American phenom in the blink of an eye.

Sage Karam has gone from being a ranked wrestler for Nazareth High School, to an Indy Lights champion, to now part of the “Podium Club” – as texted by IndyCar veteran Tony Kanaan – after a first career podium in the Verizon IndyCar Series at Iowa Speedway.

“I drive like a rookie, I guess you can say,” he joked.

That first top-three finish didn’t come easy for one of IndyCar’s rising stars. Karam became criticized by oval ace Ed Carpenter on his aggressive style of charging through the field, words that could have gone to his head. Instead, Karam simply brushed it off and took his first podium proudly.

At just 20 years old, Karam has witnessed the ups and downs of open-wheel racing in the United States. Making his IndyCar debut at 2014 – in a little race called the Indy 500 – Sage started in the rear and marched to a brilliant ninth-place result. Since that thrilling debut, Karam has found his stride on oval tracks. He led his first IndyCar laps at Fontana en route to a top-five finish, qualified a career-high third at the Milwaukee Mile, and now has a podium at Iowa.

So you can say Karam’s life has taken a massive revolution in the last 14 months, right? Not so fast.

“I think I got a couple more Twitter followers,” Karam jokingly said. “I wouldn’t say my whole life has actually changed too much.”

Despite the recent success that has brought the young talent to the top of more articles than Xbox Live leaderboards, Karam still wants to be a 20-year-old – an also play some Xbox, too.

“I’m just having fun. The only thing I can say is that I’m doing what I love and I wouldn’t trade that for anything.”

Indeed, Karam has evolved into a strong contender. One advantage Karam has had in store for 2015 is help and advice from the wiliest of veterans. Dario Franchitti and teammates Kanaan and Scott Dixon have been more than essential toward Karam’s success.

“I think the people I’m learning from the most is my teammates, obviously, and Dario Franchitti,” he said. “I look at (Scott) Dixon’s data the most of anybody. I would say we’re probably the most similar out of all the drivers.”

With the advice of a four-time IndyCar champion like Franchitti at Karam’s disposal, there has been lessons learned – one of which was simple yet crucial.

“He (Franchitti) has just really taught me that you got to be so serious,” he said. “I think I came into this year with the thought that it wasn’t going to be as hard as it was actually going to be. I think that’s what led to some early troubles for me. Around Texas and Detroit region, that’s when I had a real attitude change as far as how much I need to take this seriously. He really laid into me.”

One would ask what separates Karam off the track from the most elite of athletes. He’s a smart kid who learns fast. However, with a past in wrestling that still holds importance today, Karam believes the athletic sport – along with little things like the temperature of the rooms during matches – puts him at an advantage against the competition.

“I think wrestling is some of the best training you can do to get in shape,” he said. “When you’re training in a room that’s about 100 degrees, it simulates really well what it’s like inside the car as far as the heat goes. I think that gives me an advantage for sure in a race like (Iowa) where it’s really, really hot and really physical.”

With a thicker racing schedule in 2015, Karam hasn’t been able to wrestle as often as past years. However, the discipline and determination required for the sport has shaped Karam into a better competitor on track.

“When I was wrestling in high school, like last year, I would always go into the season in the best shape of my life,” he said. “Because wrestling season would end in March and race season would start in March. I would always be kind of at a head start on my competitors with physical fitness.

“As much as I can, I try to get on the mat because I know it’s a great advantage for me.”

Karam has proven to be a quick learner. In a series as tight in competition as the Verizon IndyCar Series, it takes a driver that can bounce back from their mistakes, have some thick skin against those who criticize and quickly realize your advantages on and off the racetrack to rise through the ranks.

Karam is well on his way.