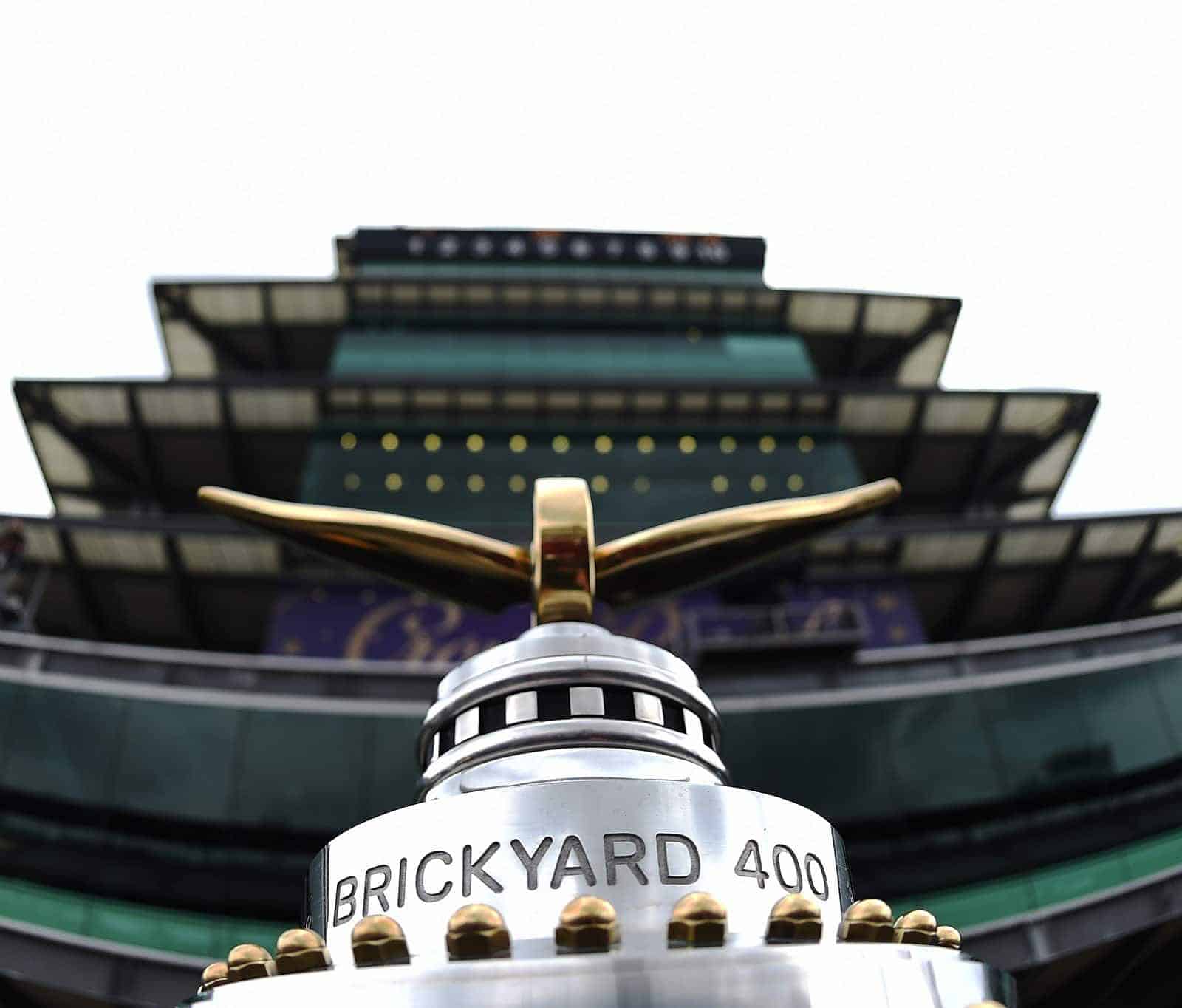 Starting in the back of the pack is tough at any track, so when Ryan Newman‘s qualifying time was tossed after the right-side window popped out (a technical violation) the thought would be that he would struggle to overcome such a big deficit — even with 400 miles to do it. But Newman did, climbing his way through the field to finish up in 11th place. Newman, who made it to the final race in the Chase last year despite not having a single win all season, could set himself up to repeat the feat with a few more strong finishes, confounding the notion that winning is the only way to a title a fallacy for the second year in a row.

Teams had to contend with the third rules package in three weeks, this time a high-downforce, high-drag setup created to bring the draft into play, create tighter packs and the belief that they’d be able to make a slingshot pass. Did it work? Sort of. Passing was a bit easier and it did help with aero push by making the cars looser, not tighter in traffic. But the field was still strung out for much of the race and clean air at the front still meant more than the package could overcome. All in all, the race looked closer than it was… had there not been debris on the track a few times (and props to NBC for showing it every time), the finish would have been a single-file parade of cars. Indy is long, high-speed, but too flat to run a superspeedway-style package. Perhaps the intermediate package they ran at Kentucky would have been a better choice for keeping the racing good.

Carl Edwards looked like he and Kevin Harvick would be battling for the win… right up until Edwards bobbled on a late restart, dropping back several positions and taking himself out of contention. Edwards and Harvick, along with Joey Logano, had the best cars all day long, but after that fateful restart, Edwards was left to think about what might have been with his disappointing 13th-place result.

Jeff Gordon was looking to close his Indy run the way he began it: with a win. But a spin on a late restart sent Gordon to the pits for three laps to make repairs, and even after that, the car was not right, with Gordon struggling just to make minimum speed. He was able to get back on track to take the Indy checkers one last time (and from here on out, every race will be his final one at each track) but the results show Gordon finished 42nd.

The race, by and large, was not particularly eventful. The only casualty proved to be Alex Bowman for a blown engine. For a pair of veterans, though, the race came as a disappointment as both were looking for storybook endings and got a harsh dose of reality instead. For Gordon, the race represented one last chance to win at the track he built his childhood dreams upon and where he’s won more than any other driver on the oval, in any series. For Tony Stewart, an Indiana native, it was a chance at redemption, his best weekend effort of the year to start. But at the end of the day, neither driver would recapture his youth in Victory Lane; both watched any title hopes slip a little further away.

The biggest step to winning races for a driver is to put himself in position to win should circumstances work in his favor. That’s exactly what Busch did, running third in the closing laps. When Edwards whiffed on a restart, Busch moved into second, able to make a run at Harvick (the fastest car) on the next restart. Busch then set up that restart to his advantage, with an eager Logano behind him and his teammate Denny Hamlin behind Harvick. Hamlin didn’t give Harvick the opportunity to lay back and get a push on the restart, allowing both Busch and Logano to rocket by when the green flew. From there, Busch held off Logano on the final restart of the day, using his clean-air advantage to open up a lead that nobody could challenge on the green-white-checkered finish. It was perfect strategy late in the race when it counted.

Martin Truex Jr., Furniture Row Racing; finished fourth: Truex was back in to form after a couple of relatively difficult weeks, finishing in the top five with a shot at more. What’s really remarkable about this team in 2015 is its incredible consistency. It has served them well in points and will serve them well in the Chase; they should be a favorite to make it to Homestead in contention. When was the last time a single-car operation could say that?

Ryan Blaney, Wood Brothers Racing; finished 12th: Blaney has run surprisingly well almost every time out this year, but hasn’t had a lot to show for it at the end of the day. This week he ran well from start to finish, avoided trouble and mechanical gremlins, and had a strong 12th-place finish to show for it. This team has seen a definite upgrade this season, whether it’s Blaney (who replaced Trevor Bayne this year) or switching alliances from Roush Fenway Racing to Team Penske in the offseason.

Casey Mears, Germain Racing; finished 20th: Mears scored his third top 20 in four races this week, so this team is finally running where it should be. Indy was a bit of a struggle, and late damage from contact with Michael McDowell probably knocked Mears down a few spots from where he should have finished, but this team battled through it. They’re clearly improving.

Johnson and Cad must be doing a lot of testing for the chase.

1 car was able to pass other quality cars all day. OK,NA$CAR, Kyle makes the chase. Time for the rusty chasis dyno to be brought out in the interest of fair play.

Fair play isn’t in Brian’s vocabulary. We’ll see how many Hendrick cars make the final race for all the marbles that came out of Brian’s head.

Should have run the Kentucky package..Brutally Dull again..Want to thank brian for that fuel mileage from the start & follow the leader finish dull event..If brian is SSOOO hung up on what the engineers can do , why doesn’t he put them in the cars?…Drivers should be the difference , put it back in their hands…brians got us back to an ugly looking car with kraap hanging out everywhere..Pocono coming up …How about trying it with the Kentucky package & see how it looks..Oh to fast you say…Their drivers(the best we’re always told) all have a Throttle & a Brake pedal don’t they? Another wrecked indy race..I just wish brian would admit he was wrong from the start of down force mania & we could get on with fixing it.

We are witnessing the passing of the baton for the best team in Nascar from Hendrick to Gibbs. Not only are the cars better they have four of the top six drivers in the garage. The other two are Jimmy and Kevin.( Brad and Joey are close behind. They also have two of the top prospects in the wings ( Eric Jones and Daniel Suarez), who both appear to be better than Chase E. at this time. It will be very difficult for Chase to compete at the cup level, though a smart driver he is not as aggressive as was a young Jeff Gordon or the two Gibbs prospects.
Those complaining about fairness and favoritism don’t take into account the talent of Kyle Busch. Given a fast car and a more mature approach he is the best right now. His cars and those of his team mates are the tops in nascar

While you may be right, I think its more likely that the TRD engineers have stumbled on a better trick and leapfrogged the GM engineers. It wont be that way forever, ebbs and flows.

When anything but a (Hendrick) Chev wins races, Brian steps in to correct the “problem.” There are consequences when you outrun them.

It is a mistake to say that Carl Edwards and Kevin Harvick had the best cars on the track all day. I was watching lap speeds for the whole race, Kyle Busch had the fastest car. Edwards and Harvick were second and third. Harvick got better as the race went on. So did Busch. Logano had by far the fastest car in clean air, but lost too much in traffic.

Gordon’s wreck was on Lap 51 was that a late race restart?

DoninAjax…… “the final race for all the marbles that came out of Brian’s head.” That is the best description yet for Brainfart’s winner, er, highest finisher take all 1 race chumpionship.

that is a winner of a description for sure!