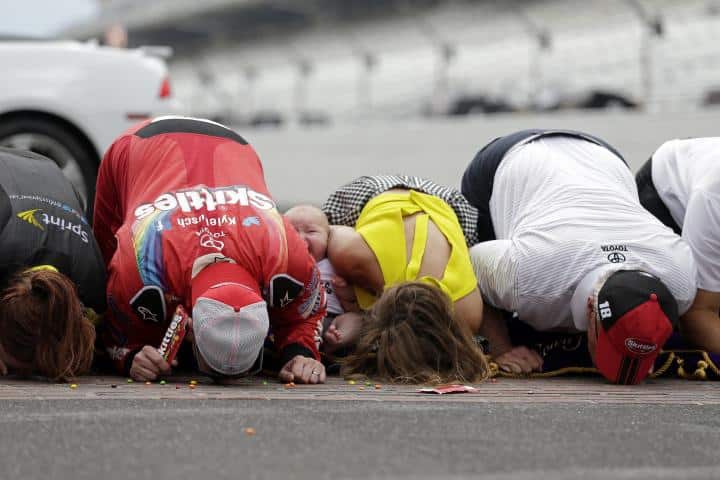 Third verse, same as the first. I’m running out of ways to say how dominant Kyle Busch has been. He has now won three straight races and four of the last five. Busch is on a mission to win his way into the Chase and now sits only 23 points out of 30th place. On top of that, Busch also won the Xfinity Series race, becoming the first driver to sweep a weekend at Indy. Lastly, he broke the 12-race win streak by Chevrolet drivers, giving Toyota its first at the famed track. #BuschWatch

Seven of the Power Rankings top 10 after New Hampshire finished in the top 10 at Indy, including a sweep of the top-four finishing positions. Much of the focus was around Jeff Gordon and his final return to the track where he holds the most wins (five). It surely did not end the way anyone was hoping after being caught up in an early wreck and finishing 42nd.

Another rules package was debuted this past weekend too. This time a high-drag aerodynamic package was given a try and received mixed criticism. Drivers were unhappy, claiming the inability to pass. Although the draft played a key factor, passing in the corners was at your own risk. It will be interesting to see how NASCAR reacts to the comments.

Next up is the second and final return to the tri-cornered Pocono Raceway. Only six races until the Chase is set. See if your favorite driver is trending in the right direction in this week’s Power Rankings.