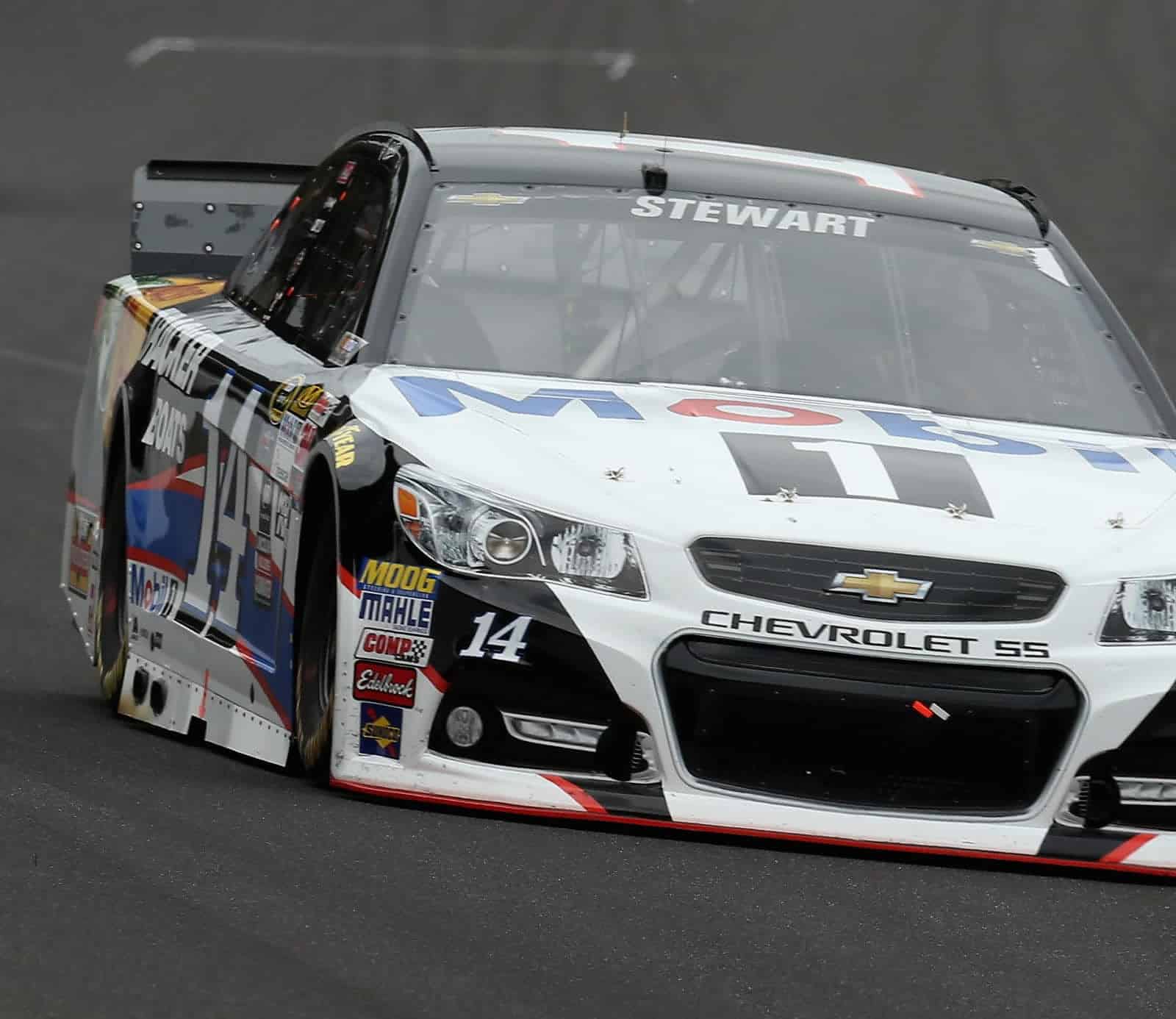 Welcome to the Frontstretch Five! Each week, Amy Henderson takes a look at the racing, the drivers and the storylines that drive NASCAR and produces a list of five people, places, things and ideas that define the current state of our sport. This week, Amy looks at a group of drivers and teams who need a win to salvage their season.

For Stewart, it’s not about the feel-good story or even a Chase berth, but about instilling a modicum of confidence in the driver. Stewart has said he’s at fault for his dismal season, a year in which he has just one top-10 finish and sits a distant 26th in points. To put that in perspective, AJ Allmendinger and Casey Mears, both driving for single-car teams, are well ahead of Stewart in points with similar numbers. It’s hard to gauge Stewart’s issues. Is it his crew chief and the decisions they’re making? After-effects from leg injuries suffered in 2013 or a fatal crash he was involved in a year ago? Did he stay too long in a young man’s game? It’s not just a case of bad luck, the way it might be for some winless drivers; something deeper is going on. But one thing remains for Stewart: he’s one of the best of his era, and it’s hard to believe all that’s evaporated. One win often leads to the confidence to put together more strong races, and Stewart desperately needs a few good runs to rebuild his faith in himself.

It’s interesting that the Hendrick Motorsports camp is firmly divided this season, with the 48/88 shop the owners of six wins while the 5/24 crowd is winless so far. Certainly both Gordon and Kahne are capable of winning. For Gordon, it would be nice to go out with a bang, but it’s not strictly necessary. Gordon will go down as the very best of his era and one of the best of all time whether he takes home another trophy or not. Really, it’s more a matter of pride – and of giving his fans one last hurrah – than anything else. Gordon doesn’t have to prove anything.

Kahne is another story. He’s never quite been the contender everyone always thought he would be and he’s not 25 anymore. Before Gordon revealed his retirement plans, Kahne’s contract extension with HMS was a bit of a surprise. He is more than capable of winning races, but he has to create his own luck to do that. Bad things abound, it seems, for Kahne on the racetrack, and a good finish has often slipped away due to something beyond his control. Still, at some point, he has to take control of his own destiny.

It’s hard to believe this is even the same team we saw before spingate, the 2013 cheating scandal that ultimately served no purpose other than to send this organization into a tailspin. Since then, the team has lost a sponsor, which forced a drop from three teams to two, and driver Brian Vickers has faced health issues that have kept him out of the seat much of the time. Once flirting with the top-level teams on track, MWR is now more often running with the mid-tier competition… and not always winning. There’s talk of adding a third team in 2016 and of switching manufacturers from Toyota to Chevy, but the hole is getting deeper by the week, and so is the time it will take to dig back out.

One step forward, one step back. That’s CGR 2015 in nutshell. Jamie McMurray has stepped up and found consistency, but Kyle Larson is searching for his mojo. A year ago, it looked like only a matter of time before Larson went on a winning tear, but it hasn’t happened yet. And even McMurray hasn’t broken into Victory Lane this year, even while he inches closer to his first-ever Chase spot. McMurray has proven he can come up with a big win, but he’s never been able to win with regularity. He’s hinted at greater talent, but never really tapped into it. Meanwhile, Larson appears to have unlimited talent, but he’s struggled this season. Perhaps it’s an R&D problem; of the 10 top-level teams running Hendrick engines, just four have won this year, and even the Hendrick camp proper has been a step behind since Charlotte in the spring. CGR made a pretty major overhaul a couple of years ago, and it appeared to be the beginning of something more, but the momentum has stagnated this season.

It’s easy to forget that RCR hasn’t posted a win since 2013, when Kevin Harvick visited Victory Lane four times. To find an RCR winner other than Harvick, we have to look as far back as 2011. Satellite Furniture Row Racing, which races RCR chassis and Earnhardt-Childress engines, does have one win this season but the mothership has been shut out. That doesn’t mean they’re not running well; Ryan Newman came within a hair’s breadth of the title last year despite a goose egg in the win column, and could well make the Chase again this year, as could Paul Menard if circumstances go just right. Austin Dillon isn’t quite there yet, but he’s shown some signs of improvement this year and is going to have all the time he needs to develop. At the end of the day, RCR lacks little except wins, but if the team wants to be considered one of the sport’s true elite, sooner or later, they’re going to have to prove they can win with the current lineup, or find drivers who can get it done. They’re close, but that final step has been a little too far to make.

I find it interesting that Danica Patrick was left off the list. Was that an oversight or can we just assume that she really doesn’t need to win to stay employed?