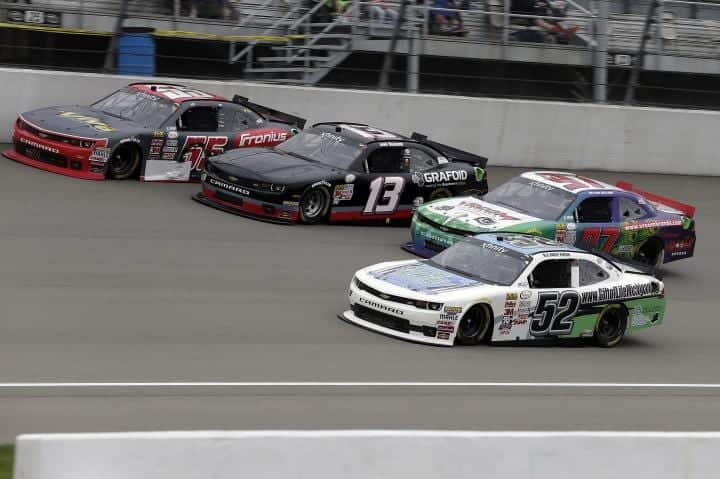 It hasn’t been the season Johanna Long probably expected. The 23-year-old Pensacola, Florida, native started the year off with a deal to run several NASCAR races for Mike Affarano Motorsports. However, after the duo failed to qualify for the ToyotaCare 250 at Richmond International Raceway, they decided to part ways. Since then, Long has been out looking for a ride. That search has come to an end.

Obaika Racing announced Long will drive the team’s No. 97 Chevrolet in Saturday’s US Cellular 250 at Iowa Speedway. She replaces Peyton Sellers, who was on the original entry list.

Long will be the third driver the team has used in 2015. Josh Reaume ran the first three races of the season for the team before Sellers took over to drive the last 15 races. The No. 97 Chevrolet currently sits 33rd in the NASCAR Xfinity Series owner points standings.

Long has 41 career NASCAR Xfinity Series starts in her career, including four at Iowa Speedway. Her best finish at Iowa came in June 2013, when she finished 12th for ML Motorsports.

Well, now there are two reasons to watch the Xfinity race on Saturday night. Kyle Busch is not in the race, and Johanna is back, although in a ride that’s not competitive. Still, she’s back!

I wish, just once, someone like Roger Penske would give her a chance to drive his Xfinity series #22 when Ryan Blaney isn’t scheduled to drive it. I would love to see what she would do in a competitive ride.