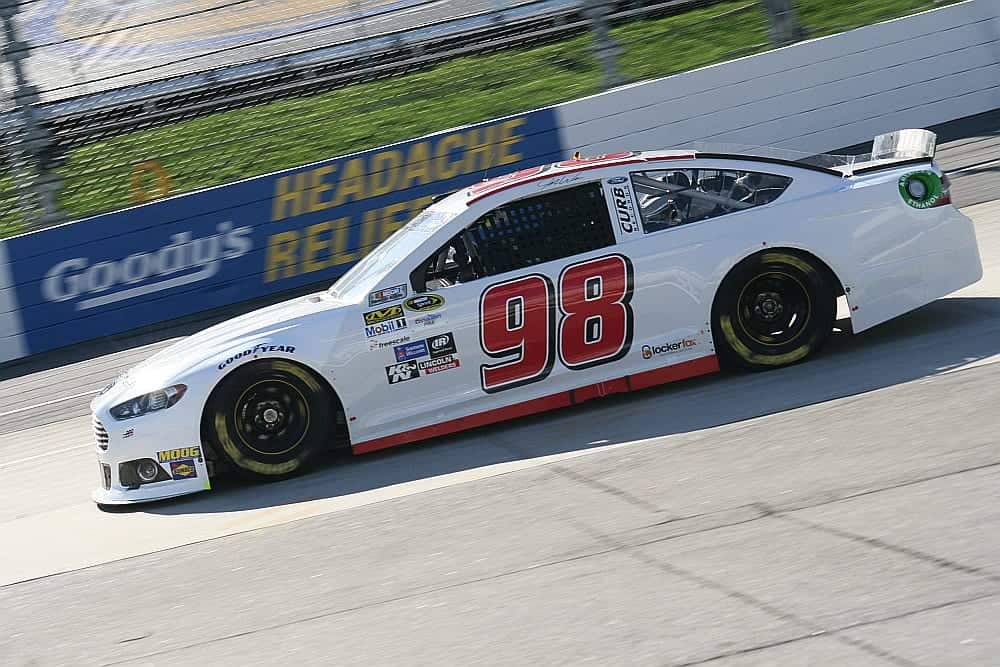 When is it a bad thing to lose weight? When it causes a caution in NASCAR.

Timmy Hill’s No. 98 Premium Motorsports Sprint Cup team was penalized on Wednesday for such an infraction that occurred during practice for last weekend’s race at Indianapolis. During practice, an unsecured piece of tungsten weight fell off Hill’s car, which led to the P3 penalty announced Wednesday.

Mike Curb, the owner of the No. 98 team, was docked 15 points, and while Hill does not run for points in Cup, he will run the next race without his crew chief, Scott Eggleston. Eggleston was fined $25,000 and suspended for one week. In addition, Hill’s car chief was suspended from the next race.

Hill qualified 42nd and finished 41st at Indy, completing 111 of 164 laps. He will attempt his third race of the season with Premium Motorsports this weekend at Pocono. However, Hill will switch over to the No. 62 Chevrolet.