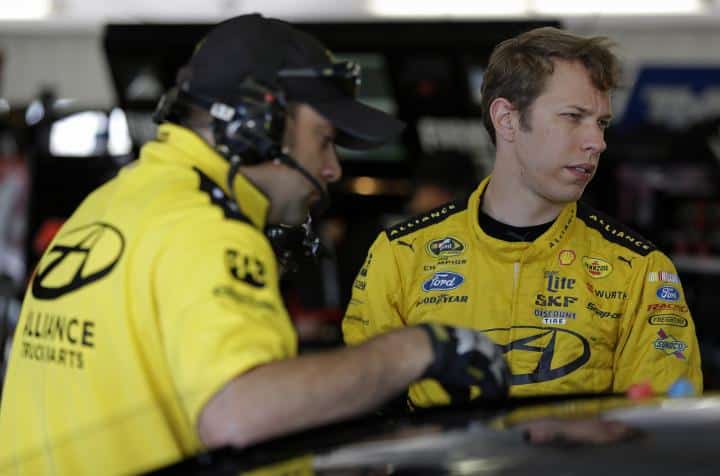 Pacing the majority of practice at 175.370 mph, Brad Keselowski improved to 176.606 mph near the conclusion of the session, which placed him first on the speed charts at Pocono Raceway. Preparing for qualifying ahead of the Windows 10 400, the Team Penske driver led the way by 77 hundredths of a second.

Keselowski has one victory this season (at Fontana), and enters Pocono sixth in the championship standings. In June, he finished 17th at the 2.5-mile track. Over the course of his first 11 starts at the “tricky triangle,” the driver of the No. 2 Ford has a victory (2011), three top fives and four top 10s.

Matt Kenseth clocked in the second fastest time during practice for his Joe Gibbs Racing team. Coming off three straight top-10 finishes, he is searching for his second win of 2015. Along with Kenseth, his JGR teammate Denny Hamlin joined him inside the top three in the first session of the weekend.

The winner of the last three races, Kyle Busch, was eighth in practice on Friday morning. Looking for his fourth straight victory, he will have to overcome his average finish of 18.3 in 21 starts at Pocono.