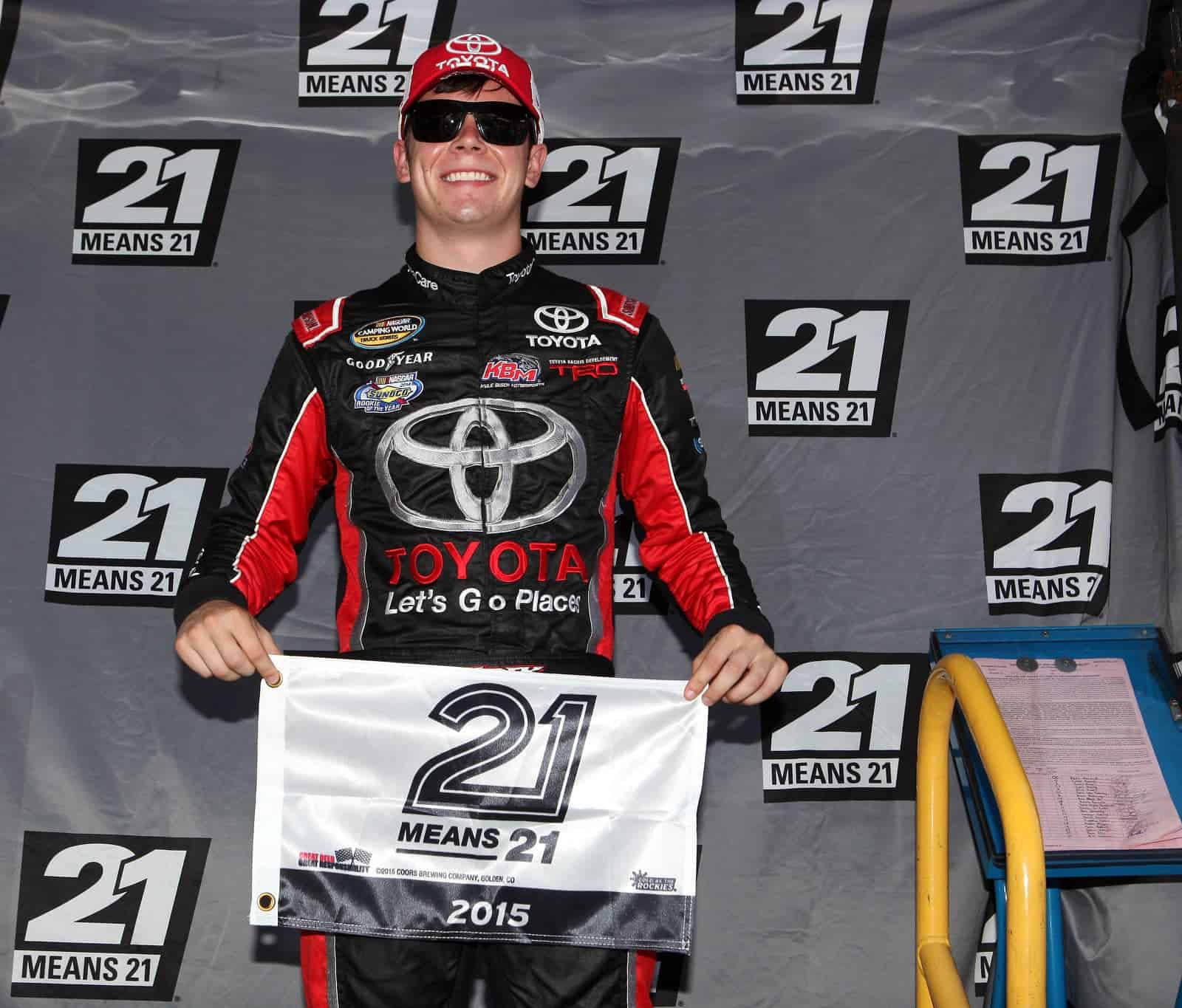 Beating the boss is quite impressive. Beating Kyle Busch is even more so, especially with his hot streak as of late.

19-year-old Erik Jones earned his fourth pole award of the year, edging out his Kyle Busch Motorsports owner/teammate in the final round of qualifying on Saturday morning for the Pocono Mountains 150. Clocking in a time of 54.151 seconds (166.202 mph), Jones outran Busch, who is making his 2015 debut in the Camping World Truck Series.

Jones enters Pocono third in the championship standings, 24 points behind two-time reigning champion Matt Crafton, who will start third. After Saturday’s Truck Series event, he is scheduled to run the NASCAR Xfinity Series race at Iowa in the evening. His lone Truck Series victory in 2015 came at Iowa, and he has eight top 10s this year while piloting the No. 4 truck.

Cup Series regulars Brad Keselowski and Austin Dillon qualified fourth and fifth, respectively, as they both look for their first Truck Series wins of the year. Kevin Harvick will start seventh for JR Motorsports as he makes a rare start in the No. 00 truck.

Tim Viens was the lone DNQ for the 150-mile race. The green flag for the event at Pocono is scheduled for just after 1 p.m. ET on FOX Sports 1.