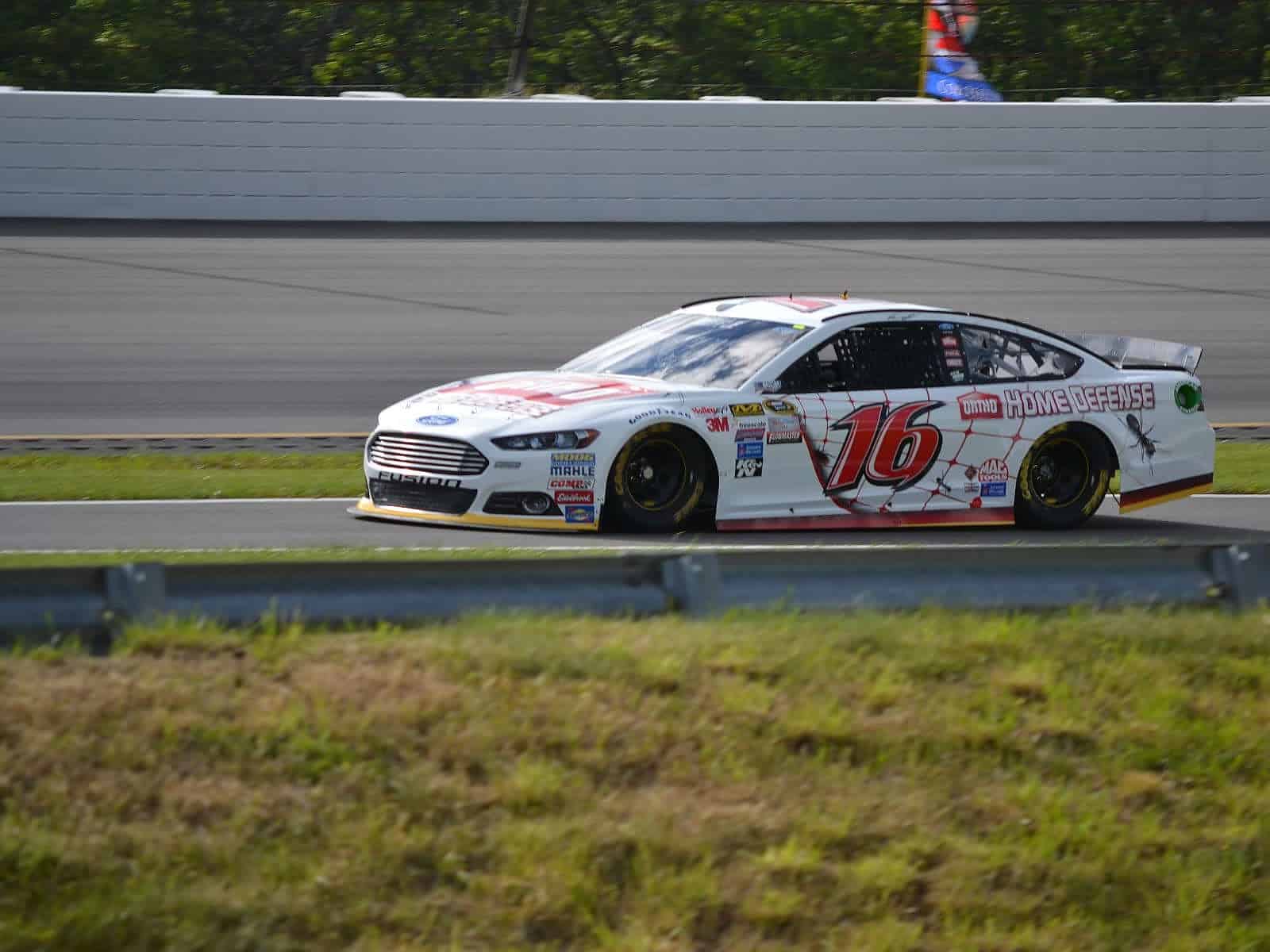 Greg Biffle‘s season has not gone the way anyone at Roush Fenway Racing had planned. The struggles have been well-documented and no one within the organization has been satisfied.

The former Xfinity Series and Camping World Truck Series champion entered Pocono Raceway with two top 10s on the year – one coming in the season-opener at Daytona and the other at Charlotte. However, the No. 16 Ford Fusion was dialed-in throughout Sunday’s Windows 10 400 at Pocono.

Starting with an ill-handling car on Friday, Biffle qualified 25th – four spots below his average for the season. In Saturday’s pair of practice sessions, he was 27th and 29th, respectively. However, during Sunday’s race, he ran inside of the top 15, competing for a spot in the top 10 for a large portion of the event.

As multiple cars ran out of fuel near the conclusion of the 400-mile contest, Biffle’s car had just enough gas to make it to the finish-line without any trouble. Finishing fifth at Pocono, he earned his second top five of the year.

“My car ran so good today,” Biffle explained. “That last run of the day I got tight and three guys got by me. We are really excited about getting the Roush Performance Parts Ford Fusion up in the top-five but we had a second- or third-place car there on speed but got really tight on that last set of tires. I don’t know what happened.”

Turning a mediocre weekend into one of the team’s best performances this season is vital for RFR. Biffle’s teammates Ricky Stenhouse Jr. and Trevor Bayne each experienced issues at Pocono, leaving Biffle as the lone driver left to represent the team on the lead lap.

With three top 10s now, Biffle sits 18th in the championship standings, and 57 points behind Kasey Kahne, who holds the 16th and final position on the Chase grid. Understandably so, he admitted the team needs a victory to make the Chase, and with five races until the Chase cutoff, time is of the essence.

“It was the same air pressure but a little tight. It is a turnaround from where we were in practice and qualifying so we are good with that. We needed all those guys in front of us to run out of gas and have a good run and get a win there but it didn’t happen today. We will keep working at it. We need a win to get in the Chase. We won’t get in on points. We will have to get in on a win.”