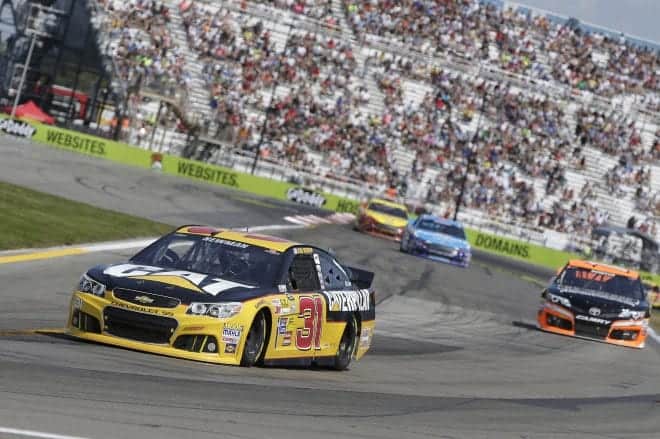 One week after fuel-mileage madness unfolded at Pocono, the NASCAR Sprint Cup Series is set to run their final road-course race of the season.

NASCAR released the preliminary entry list for the Aug. 9 Cheez-It 355 at the Glen at Watkins Glen International earlier today (Aug. 3). The list includes 44 drivers, meaning one driver will fail to make Sunday’s race.

Should qualifying be cancelled, Reed Sorenson and Premium Motorsports will be the lone team to miss Sunday’s feature.

Boris Said will make his return to NSCS action one day after competing for Joe Gibbs Racing in the Xfinity Series race at WGI. Said will pilot the No. 32 Ford for Go Green Racing, continuing a deal that began with the road-course specialist running at Sonoma Raceway in June.

NXS points leader Chris Buescher will look to make his sixth-career NSCS start. Buescher, 22, will drive the No. 34 Ford for Front Row Motorsports. The Texan has previously competed in five races for the team, scoring a best finish of 20th at Fontana.

The NASCAR Sprint Cup Series will return to action at Watkins Glen on Friday, Aug. 7 for two practice sessions before returning on Saturday at 1:15 p.m. ET for Coors Light Pole Qualifying. Coverage of the Cheez-It 355 will begin on Sunday at 2 p.m. ET on NBCSN.