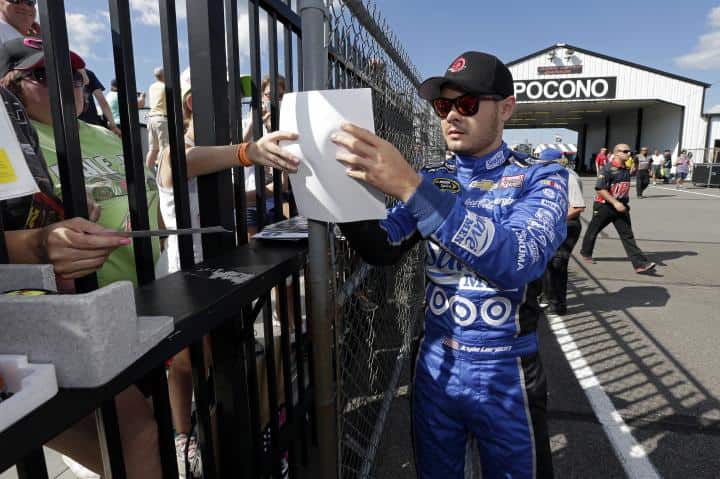 Chip Ganassi Racing announced a two race partnership with Procter & Gamble on Tuesday. The partnership will feature their Crest brand on the side of Kyle Larson’s No. 42 Chevrolet in two upcoming NASCAR Xfinity Series races.

“Crest is proud to be part of Chip Ganassi Racing Teams at Watkins Glen and Homestead-Miami and in 2016,” said Kris Parlett, Brand Spokesperson, Crest in a release. “We look forward to seeing the Crest winning smile in Victory Lane.”

The new partnership will begin this weekend at Watkins Glen International on Saturday. The second race will be in November at the Homestead-Miami Speedway in the season finale.

“I am really excited to partner with Crest,” said Larson in a release. “I have used their products since I was a kid, so to represent the brand is pretty cool. I look forward to their first Xfinity race in Watkins Glen and racing with them again at Homestead, one of my very favorite tracks.”

Sharing the ride with Brennan Poole, Larson has six NASCAR Xfinity Series starts in 2015. He has captured one top-five and five top-10 finishes over the course of those starts. He holds two career victories across 67 career starts.

What does it say about a sport when the vast majority of the news is not about racing, but rather that Team X got a sponsor for a race?

I’m a broken record on this I know but I can’t grasp why any company would spend precious advertising dollars on NASCAR given the free fall drop in race attendance and TV viewership. I recently read an article on Forbes regarding the current state of NASCAR. It wasn’t pretty. Then again, I’m a retired public servant so what do I know. I must be missing something.