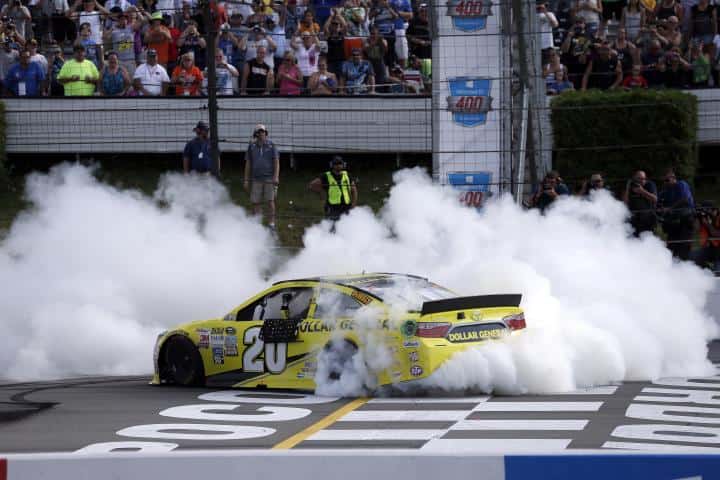 It was a wild race at Pocono from the drop of the green flag and no one knew who was going to win until the checkered flag flew. In the end, Matt Kenseth played the fuel strategy game perfectly. With two laps to go, he came from fourth to pass Joey Logano, Kyle Busch and Martin Truex Jr., who all ran out of fuel.

The first half of the race was marred by cautions, including a scary single-car accident involving Kasey Kahne who spun off turn 3, missed the inside wall and slammed hard into the pit-road retaining wall, sending helmets flying and crew members scrambling. Fortunately there were no injuries, except to Kahne’s potential Chase berth as he would finish a disappointing 43rd.

It was a tough day for the top 10 in Power Rankings after Indy as only four drivers (Kenseth, Brad Keselowski, Dale Earnhardt Jr. and Jimmie Johnson) finished in the top 10 at Pocono. A majority of the others ran out of gas or were involved in on-track incidents.

Next up, teams head to the second and final road course at Watkins Glen. See if your favorite driver made the cut in this week’s Power Rankings.