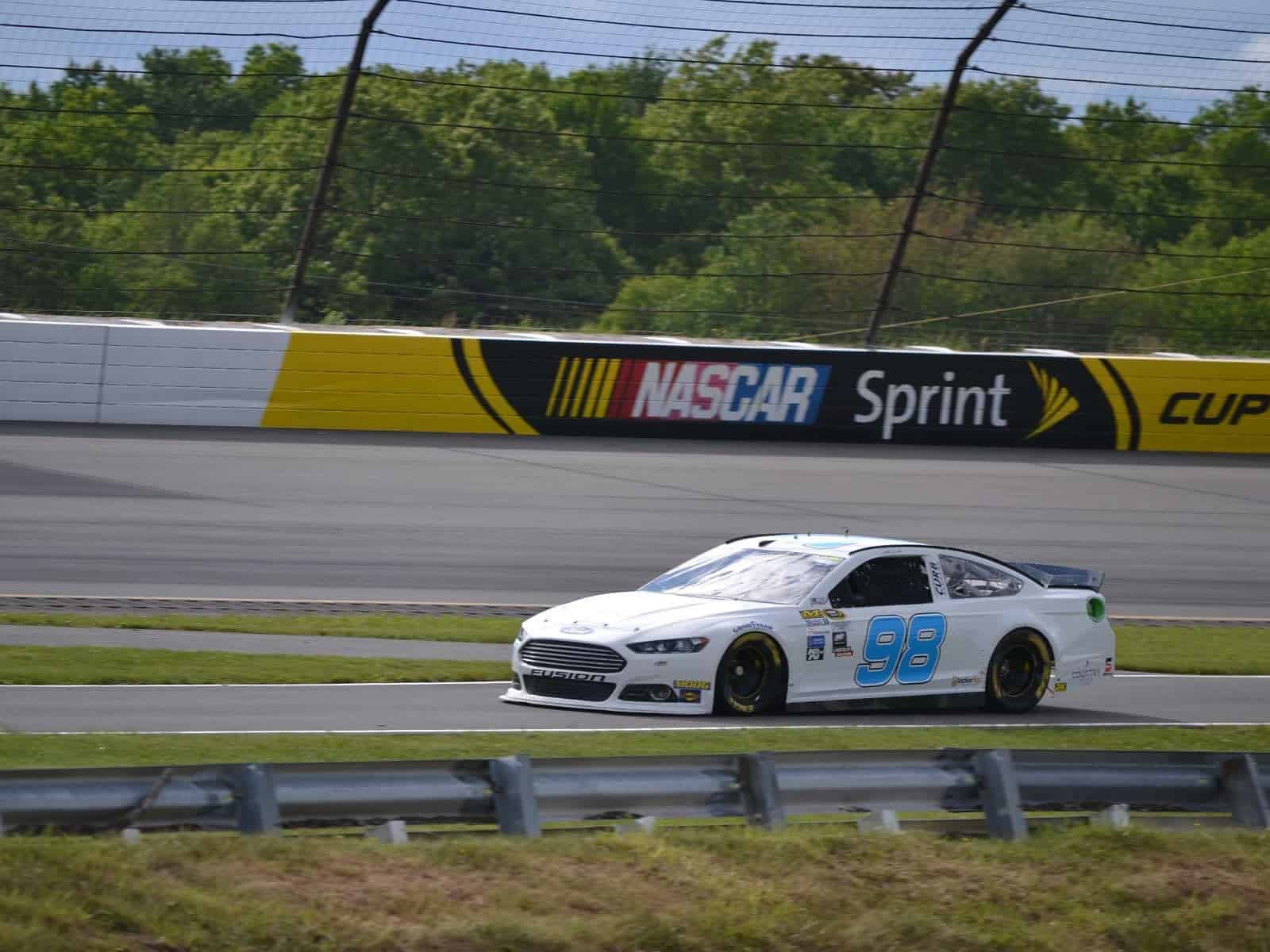 Jay Robinson purchased Phil Parsons Racing to fall under his Premium Motorsports umbrella earlier this year, and now the longtime owner is discussing how it went down.

Originally a two-car operation between the No. 62 and No. 66 vehicles, the team planned to run Brendan Gaughan for the full season, with the exception of the Daytona 500, which was attempted by Brian Scott in a deal with Richard Childress Racing. However, things fell apart with Gaughan, and midway through the season, Robinson purchased the team owned by former racer and current FOX broadcaster Phil Parsons, according to Motorsport.com in May.

“I bought it,” Robinson told Frontstretch at Pocono, referring to Parsons’ No. 98 team. “Phil is a good friend. Phil will always be around. He’s not in the business and not an entity.”

Parsons had been running Josh Wise in a Ford this year after running a Chevrolet in all but five events in 2014. Wise joined the team last year, re-signing with the organization in 2015 after receiving national attention from Dogecoin and Reddit, which helped him win the fan vote for the Sprint All-Star Race in 2014.

However, Premium and Wise split in July, a mere week after Gaughan left the organization after missing eight races.

I have parted ways with Premium Motorsports. The team and I did not share the same goals moving forward.

“We’re going to continue on for the rest of the year, next year and the year after,” Robinson said. “We’re not in any long-term contracts with any drivers at this point. Josh is a really good guy. He’s a good, aggressive driver and I think highly of Josh. Sponsorship circumstances dictated that we had to make a change there. That was the reason for that. I certainly wouldn’t rule out racing with him in the future given the opportunity sponsorship-wise.”

Besides owning the Cup team, Robinson also runs the No. 94 Chevrolet in the Camping World Truck Series, which is being piloted by Wendell Chavous for the majority of the season.

On the Cup side, the team made the Daytona 500 with Mike Wallace driving a Toyota, but the No. 66 team merged with the crew members and equipment already existing with the No. 98. Timmy Hill and Reed Sorenson have been piloting the Premium Motorsports cars as of late. But Sorenson DNQ’d for two races in the No. 62 car, with Hill’s best finish coming at Pocono, finishing 36th – four laps down.

NASCAR assessed the organization a P3 penalty following the race at Indianapolis where Hill’s car dropped a weight in Happy Hour. The rear extension of the No. 98 car was knocked off as the wrecked car was being towed back to the garage area. Crew chief Scott Eggleston was suspended for a race, fined $25,000 and placed on probation until Dec. 31. Mike Curb, who is listed as the car owner for the No. 98, was docked 15 owner points after the incident.

According to Robinson, Premium will continue to swap manufacturers for the remainder of the season. The driver lineup for the team is uncertain for the immediate future, but a plan is in place to keep the organization at multiple cars. At Watkins Glen, TJ Bell will make his return to the Cup Series, piloting the No. 62 car for the team. This will be Bell’s first Cup Series start since Sept. 2012, and his second start in NASCAR competition this season.

“Manufacturers do not support our team, so it is a matter of available equipment,” Robinson said. “This is a difficult situation for some of the smaller teams. The larger teams mileage-out the cars and run fresh cars on a weekly basis. Teams at the back of the field are running much higher-mileage cars, which typically is not as desirable. For us, it is more of a process to procure as much as possible with the equipment, and that sometimes takes more than one manufacturer.”

Except Josh Wise left from what I have heard and what was reported at the time? Wise is the best thing that had happened to that #98 with the PR, Media and Josh taking care of the car. Robinson says they had to make a change for sponsorship but the #62, #66 and #98 haven’t had a sponsor all year outside of what Gaughan, Wise and Mike Wallace (at Daytona) brought to them. Maybe a little trade-out decal for a hotel but that’s it. I wish Jay all the luck in the world but something is wacky there… That #98 would be about 33rd in Owner’s Point had the team not had the fuel pressure issues (Josh didn’t even get to run the Duel at Daytona, the car died on pit road) and then multiple issues through the season. Also, it’s a bummer Wise missed Indy while Hill crashed the #98 car, it was deadly slow and Hill makes the race via the points Wise built up for it.