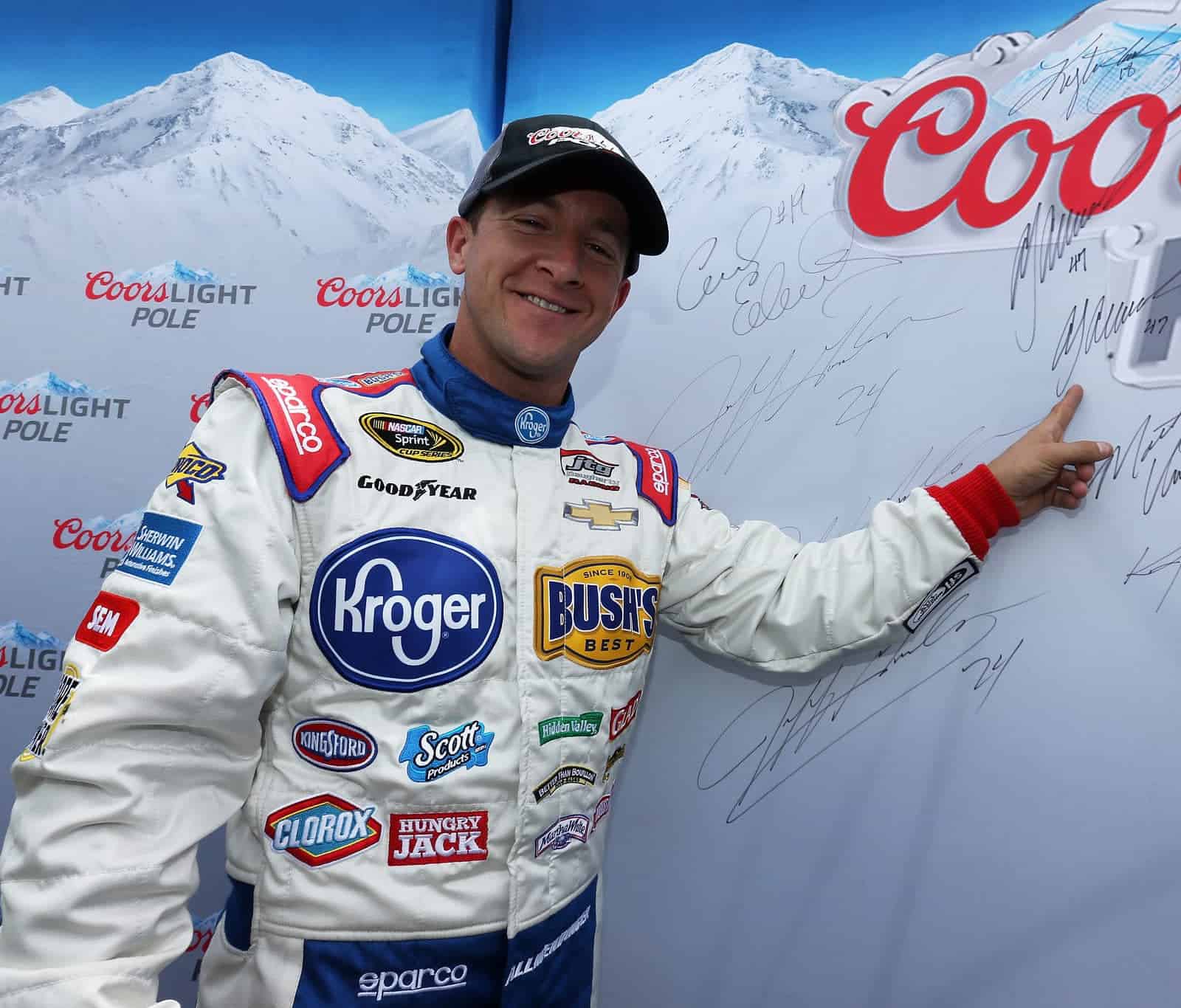 It’s no secret that AJ Allmendinger knows how to get around road courses, and his skills were on full display Saturday afternoon when he was fastest in both rounds of qualifying and will start first in Sunday’s Cheez-It 355 at the Glen.

The pole is Allmendinger’s second of the season, with the first coming at the Sonoma Raceway road course in June. Allmendinger’s time of 68.993 seconds was the first time in the 68-second bracket all weekend. Allmendinger’s first and to date only Sprint Cup Series victory came in this race one year ago. A win in Sunday’s 90-lap event would more than likely secure his spot in the Chase for the Sprint Cup.

Martin Truex Jr. qualified second with a time of 69.139 seconds. Truex Jr.’s best finish at Watkins Glen came in 2013 when he finished third. Tony Stewart made the top 12 for the third straight race in qualifying and will start third on Sunday afternoon. Stewart is the most successful active driver at this track with five career wins, seven top fives and 10 top-10 finishes in 14 starts. Stewarts’s last win at Watkins Glen came in 2009.

Still looking for his first NSCS victory, Kyle Larson will start the race from the sixth position after posting a time of 69.477 seconds. Larson finished fourth in this race last year. Dale Earnhardt Jr. qualified seventh, making it his fourth best start at the track. Since joining Hendrick Motorsports in 2008, Earnhardt has yet to record a top-10 finish at the 2.45-mile racetrack. His best finish since 2008 is 11th in 2014.

Two-time Watkins Glen winner Kyle Busch will look for his fifth win in the past seven races and will do so from the eighth starting position. Jimmie Johnson, Austin Dillon, Brad Keselowski and Justin Allgaier completed the top 12.

Jamie McMurray, Clint Bowyer, Ryan Newman, Kasey Kahne and Paul Menard are currently in the Chase based on points. They will start 17th, 18th, 20th, 23rd and 28th respectively.