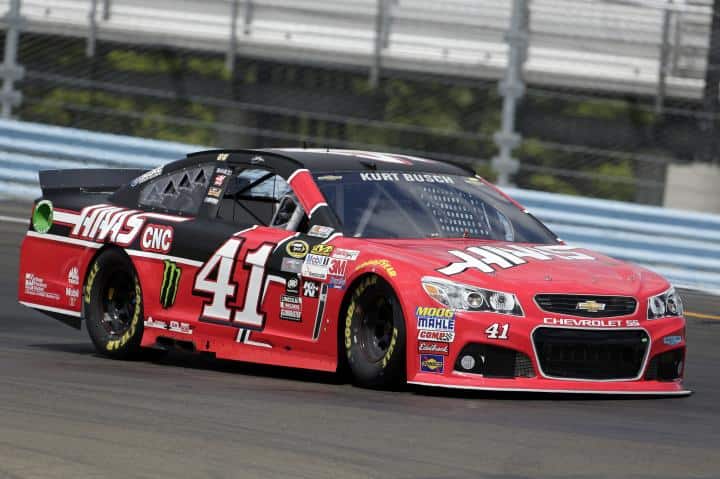 Just northwest of last week’s race in the Pocono Mountains is Watkins Glen, the sight of this weekend’s race. Watkins Glen is in the Finger Lakes region of New York surrounded by beautiful New York wine country. Watkins Glen also holds a gem of a road course racetrack and that’s where NASCARS drivers will be competing this week.

The teams ran both practice sessions before qualifying this week and the practice results pretty much lined up with the qualifying results. AJ Allmendinger appears to have the quickest car for the second time this year. Allmendinger was followed in second by a strong showing by Martin Truex Jr., who has consistently run well here in the past.

However, at this road course race, we want to be looking for some outliers, as there are only 90 laps this week. Some drivers that I would consider taking a hard look at for your team are Paul Menard, Casey Mears, Kasey Kahne and Greg Biffle. All of these drivers start 23rd or worse and have shown good speed at road courses. These would be a good pickup for this week or for a Draft Kings team. However, my team is pretty much locked in for a few more weeks. Speaking of my team, lets take a look.

As always the prices listed are those you would already have locked in had you have been following my team.

No. 4 Kevin Harvick $28.00
Harvick continues to make the team even after an early exit from last week’s race. This team has not had the issues that they encountered last year and an engine failure once a year isn’t unexpected. I’m sure the team is hoping they got it out of the way now as opposed to during the Chase.

No. 78 Martin Truex Jr. $22.75
Truex has run well at Watkins Glen pretty consistently. I think Truex has one of the cars that can get up there and dice it up with Allmendinger. Much like last week, this race could all come down to strategy and that makes it hard to figure out a solid team in the fantasy sports world. A fast car cures a lot of strategy mistakes and Truex looks to have a fast car this week.

No. 41 Kurt Busch $22.50
While Busch hasn’t been on the hot streak his brother has been on, I think he is the better Busch when it comes to road course racing. Kurt Busch qualified 14th for the race and I like that qualifying position for him. He should move up through the field and get us some nice place-differential points. I wouldn’t doubt we will see him up there challenging for the lead at some point during the event.

No. 19 Carl Edwards $20.50
I doubt that the magic Joe Gibbs Racing has found in the last few weeks will transition over to the road courses. The road course races seem to be their own special animal on the NASCAR schedule. That being said, Edwards has increased in price now that we can’t dump him and then buy him back later. Lets hope the JGR magic is back when we get back to the more circular tracks.

No. 46 Michael Annett $5.75
Annett is cheap and starts 40th. He is pretty much locked in now for a few weeks at least as our back-of-the-pack cheap driver. Let’s hope he can move up some through some driver attrition.

Race Winner: AJ Allmendinger
I believe Allmendinger will put it together for the second year in a row and will use this win to launch himself into the Chase.