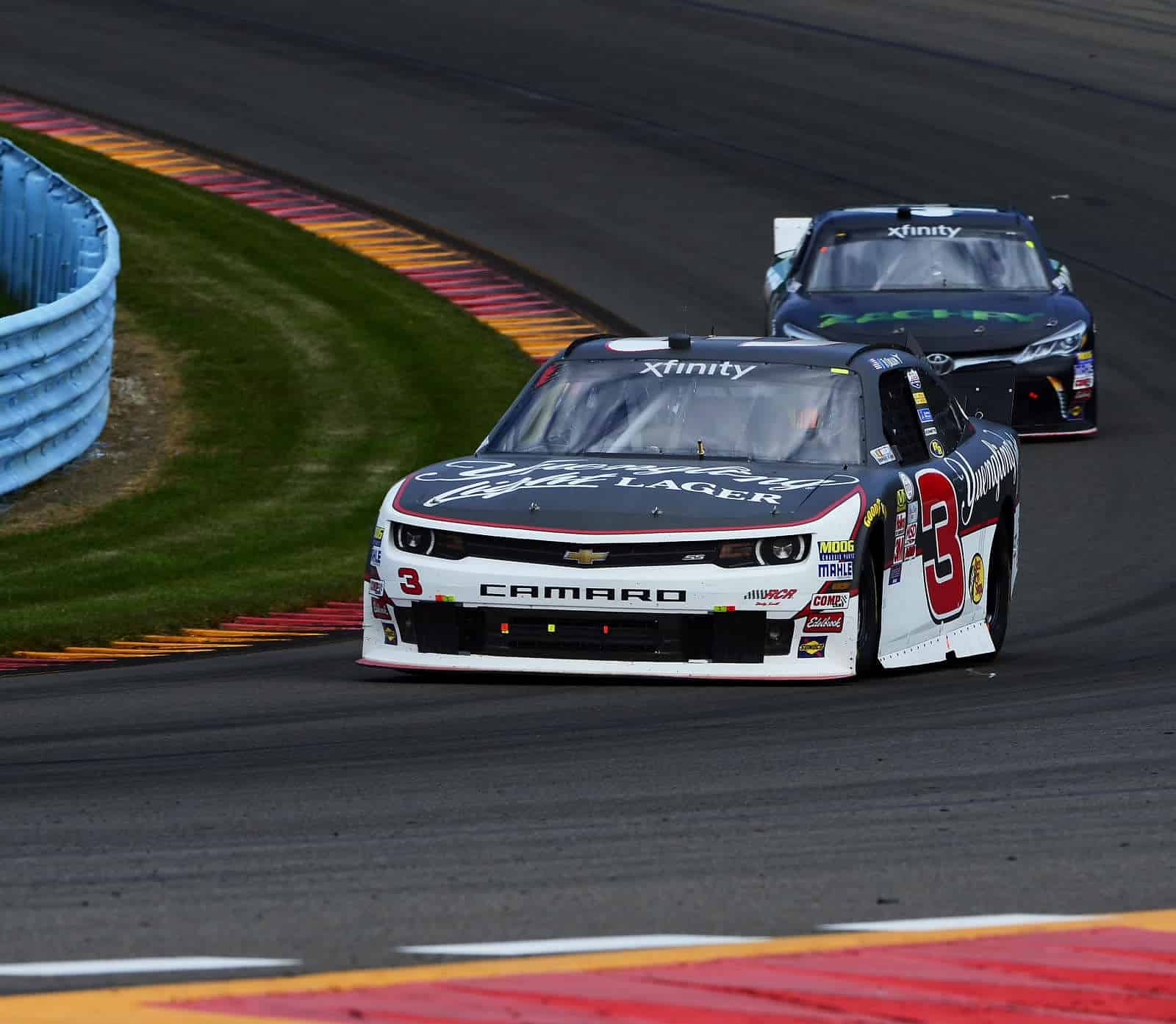 On a lap 40 restart, Dillon made an aggressive move going into turn one, diving under Smith and turning the TaxSlayer Chevrolet around. The spin sent Smith back to 25th, the last car on the lead lap. After working his way back into the top 15, with 17 laps remaining, Gaughan came down on and made contact with Smith, turning Smith into the guardrail in the carousel and ending his chances at a decent finish. Dillon and Gaughan would finish fifth and 10th. Smith finished 20th.

Tempers flared after the race, to say the least. First, Smith walked over to Gaughan’s No. 62 car and exchanged words with him while Gaughan was still in his car. Afterwords, Smith approached Dillon and the two engaged in a physical confrontation. After series officials and members of the No. 33 and No. 3 teams separated the two drivers, Smith walked away but was very unhappy with the young driver.

“I just made two big mistakes… but if you want to come down here and pick a fight, it’s a different game,” exclaimed Dillon after the race.

Dillon made a similar move during a later restart on his teammate Paul Menard which ended with Menard spinning.

“I got dumped in turn 1, it was pretty plain and simple,” Smith said after the race. “I might’ve lost the championship today but he sure as [expletive] did to. There is zero chance that [No.] 3 car wins the championship, and I’m going to make sure of it.”

Road courses have been Smith’s achilles heel in the past. Multiple incidents at Road America in 2013 while Smith was the points leader began his downward spiral and was the beginning to the end of his championship hopes. Smith leaves Watkins Glen with a 57-point deficit to leader Chris Buescher, while Dillon is tied for second in the points, only 24 markers behind Buescher.

With the next three Xfinity Series races being at Mid-Ohio, Bristol and Road America, there will be plenty of more opportunities for drivers to lose their cool.

I guess a lot of people were happy to see drivers showing emotion. But, I’ll bet the head people from Chevrolet Corporate who govern Chevrolet’s NASCAR program weren’t very pleased, especially considering they all got beat by three Fords. And that dastardly Ford driver leading the points actually extended his lead! For shame!

That’ll never happen the Cup series. Brian will see to that, because he can.