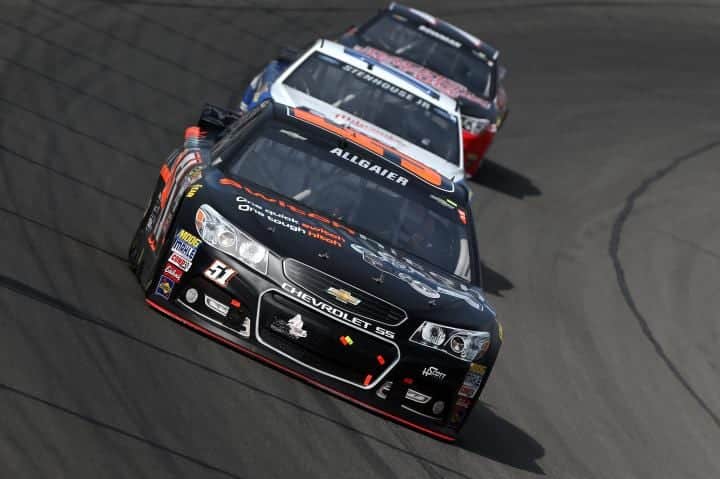 One week removed from their final road course of 2015, the NASCAR Sprint Cup Series is returning to their fastest oval with a new high-drag package.

NASCAR released the entry list for the Aug. 16 Pure Michigan 400 at Michigan International Speedway. The list includes 44 teams, meaning one will fail to make Sunday’s race. Should qualifying be cancelled, Ryan Blaney’s Wood Brothers Racing team would fail to make the main event.

Brett Moffitt will return to the No. 34 CSX Play It Safe Ford for Front Row Motorsports after sitting out at Watkins Glen. Chris Buescher piloted the entry at WGI, bringing home a 37th-place result.

Brad Keselowski and Jeff Gordon will both run special paint schemes Sunday, highlighting their return to the 2-mile oval that has pole speeds of well over 200 mph. In a throwback to a former driver of Team Penske’s No. 2 Ford, Keselowski will drive a black-and-yellow Miller Genuine Draft Ford similar to the one driven by Rusty Wallace in the early 1990s. Gordon, on the other hand, will run with sponsorship from Pepsi which has sponsored the Pittsboro, Indiana driver since 1997.

The NASCAR Sprint Cup Series will return to Michigan on Friday, Aug. 14 at 11 a.m. ET for practice, followed by Coors Light Pole Qualifying at 5 p.m. ET. The field will then return on Saturday for two practice sessions. Coverage of the Pure Michigan 400 will begin on Sunday at 2:30 p.m. ET on NBCSN.