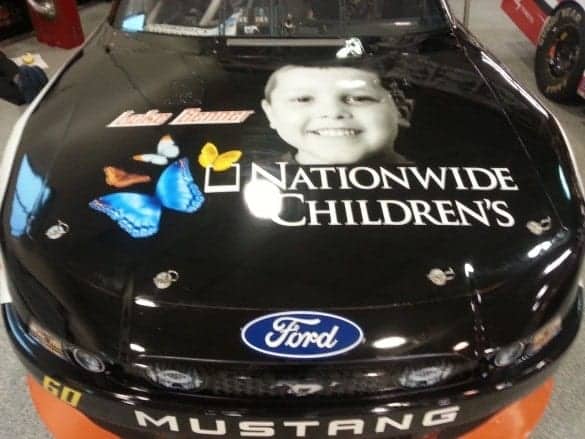 NASCAR released the preliminary entry list for the Aug. 15 Mid-Ohio 200 at the Mid-Ohio Sports Car Course. The list includes 38 teams, meaning everyone will make Saturday’s race as the starting grid maxes out at 40.

Verizon IndyCar Series veteran Alex Tagliani will make his first NXS start of 2015, driving the No. 22 Discount Tire Ford for Team Penske. Tagliani, 41, made two starts for the team in 2014, scoring a best finish of second at Road America after making up 20 positions in two laps.

Joe Gibbs Racing will return with the same stable they competed with at Watkins Glen. Series regular Daniel Suarez will drive his No. 18 ARRIS Toyota with road-course aces Boris Said and Kenny Habul joining in the No. 54 and No. 20 Toyotas, respectively. Said scored the best finish of the trio at WGI, bringing home a fourth-place result.

Road-course specialists Carlos Contreras and Tomy Drissi will make their returns to the series. Contreras will pilot the No. 15 BYB Extreme Fighting Series Chevrolet for Rick Ware Racing while Drissi will drive the No. 26 Straight Outta Compton Toyota for JGL Racing.

JJ Yeley will serve as the lone Sprint Cup Series regular to compete in Saturday’s race, traveling from Michigan to compete in his No. 28 JGL Racing Toyota.

The NASCAR Xfinity Series will return to action on Friday, Aug. 14 for practice before returning on Saturday for Coors Light Pole Qualifying at 11:15 a.m. ET. Coverage of the Nationwide Children’s Hospital 200 will begin at 3:30 p.m. ET on NCBSN.

I used to watch all the Busch races with the exception of those Mark Martin entered. Since he didn’t enter every single one that turned out to be quite a few races. I knew the drivers and had favorites and villains. Since Cup drivers now infest virtually all of the second tier events I don’t watch at all, even standalones. Since their are so few Cup free events and I don’t know the drivers anymore, why bother. Xfinity is averaging around .05 to .08 TV ratings, which if you check your charts comes out to virtual nobody. The series is dead. Write about that some time.