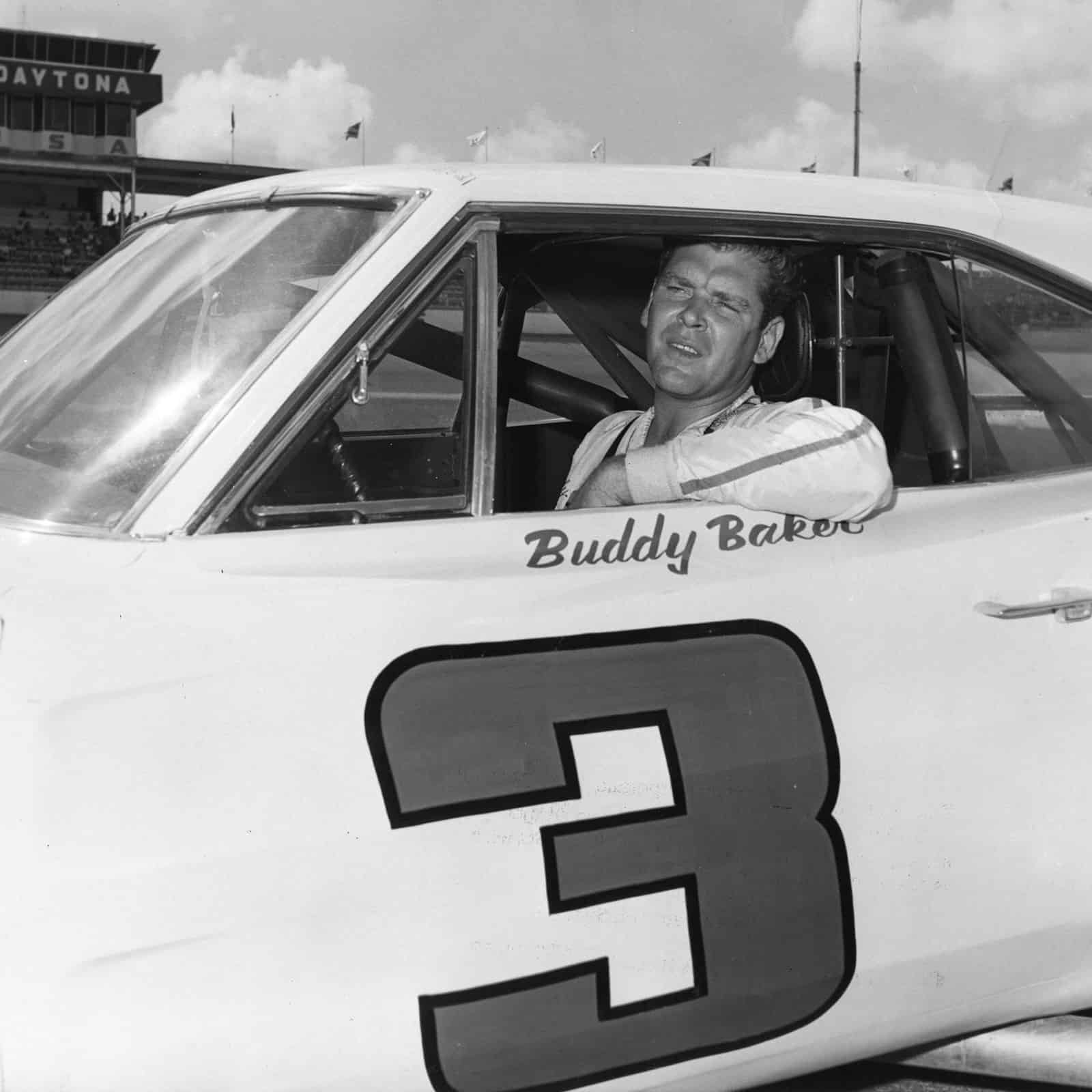 Monday morning. Caffeine. Work looming in my way. Checking the usual social media and crap…Buddy Baker passed away. Sadness washed over me. It isn’t because I ever spoke to Buddy or knew him. I am a simple NASCAR fan, one whose passion for this sport was expanding just as he entered the commentary booth back in 1992 with TNN and CBS. Without conscious thought, his light voice mingled into my mind with other greats like Ken Squier and a young Mike Joy. Buddy Baker became part of the sound of a great afternoon at home with my husband and the television.

Buddy came from the trenches of the track, literally born into it as son of the great Hall of Fame driver Buck Baker. He had driven the ovals back when they sported splinters in the grandstand seats. He won, he lost. He set records. He entered into my world as somebody who simply breathed the rhythm of the sport. His authentic southern twang planted me firmly in the Southeast, where the cars ran so often. I believed that Buddy knew it all and at the same time could impart such wisdom to my hungry mind.

Buddy belongs to the hinge of our sport where change encircled the production booth. Just as Jeff Gordon heralded the arrival of those polished youths sporting nice haircuts and who had been raised with a camera and microphone in their face, Buddy pulled us back to when a rattletrap trailer could roll into town carrying the dented beast that won last night on some distant dirt track. He could blend history with the present. He gave the characters behind the steering wheels personalities, as well as the locations NASCAR visited with regularity. Buddy was my racing encyclopedia. He never spoke down to his audience or tried to oversimplify a technical point. He certainly didn’t make words up. He spoke honestly, from his heart.

Today, the networks make sure that everyone they invite to don a coat and tie on Sunday meets a certain standard in appearance. While I know the current batch of commentators all have the right racing pedigree, they do lack the color that made the earlier broadcasts worth listening to. You can talk about camera angles and changes in rolling stats all you want when dissecting whether the early ’90s had better coverage, but the voices behind the action have always been equally important. The art of describing a car rolling out of the corner has been nearly lost as we rely more and more on sound clips from in-car radios and streaming of the scoring booth. It may be more accurate to relay exactly what is being said over team radios, but it is far more entertaining to wallow in the great clichés attributed to a stock car in trouble.

Buddy was a treasure, now lost to us. As is a time when NASCAR didn’t glisten under the summer sun. Clouds of dust now hide that era. He rode the great tidal wave of incredible popularity, as a driver and then extending his public persona into the world of media. Always pertinent and present, he never lost touch with us—moving on to radio in his later years with SIRIUS XM.

We will have more great commentators, ones that will represent the time they live in. And they will achieve a certain level of immortality as YouTube will preserve their image and voices. Such is Buddy Baker. He is forever locked into my memory as part of the glorious ’90s and NASCAR, the sight and sounds of the sport inextricably connected. I smile when I recall the races he announced. Now that smile is tinged with sorrow.

Rest in peace, Buddy. You certainly earned it.

Spend a few minutes and enjoy the talents of Buddy Baker, Ned Jarrett and Mike Joy. See how the masters did it.  Also, you have the awards ceremony for the 50th Anniversary of NASCAR and an introduction by Ken Squier.