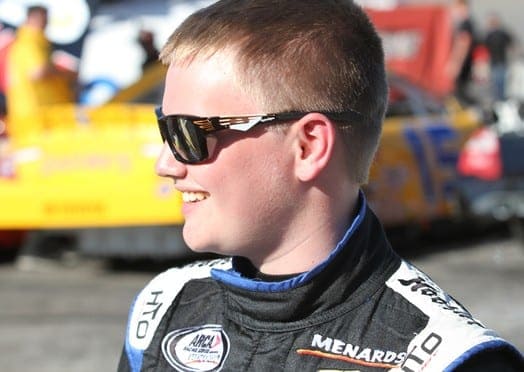 Braun Motorsports, a newly-formed team in the Camping World Truck Series, announced Tuesday that they will field an entry at Bristol Motor Speedway on August 19 with 16-year-old JJ Haley behind the wheel. The teenager will be making his series debut.

Great Clips will come on board as the primary sponsor for Haley. The company has been a loyal partner with team owner Todd Braun since he fielded entries in both Sprint Cup and Xfinity Series competition from 2003 to 2010. In 516 career Xfinity Series starts as an owner, Braun won four times while accumulating 185 top-10 finishes. Braun eventually sold his program to current Cup Series owner Harry Scott Jr., but now has decided to get back in the game, paired with his longtime financial backer to get restarted through a limited schedule in Trucks.

“It’s an honor to have Great Clips come aboard,” said driver Haley in a release. “They have had a long history with [team owner] Todd Braun, dating back to the Braun Racing days. It’s cool to see that relationship continue with my Truck debut. Hopefully, we can put forth a solid showing and bring home a good finish our first time out.”

“I’m looking forward to seeing JJ behind the wheel of a Truck at Bristol later this month,” added team owner Todd Braun in a release. “He has shown throughout his career, especially in 2015, that he has the speed it takes to compete at every level he has participated in.”

Braun plans to run the No. 32 Chevrolet in two more races with Haley. Those races include Martinsville Speedway and Phoenix International Raceway later this year as the team preps to ramp up its schedule for 2016.