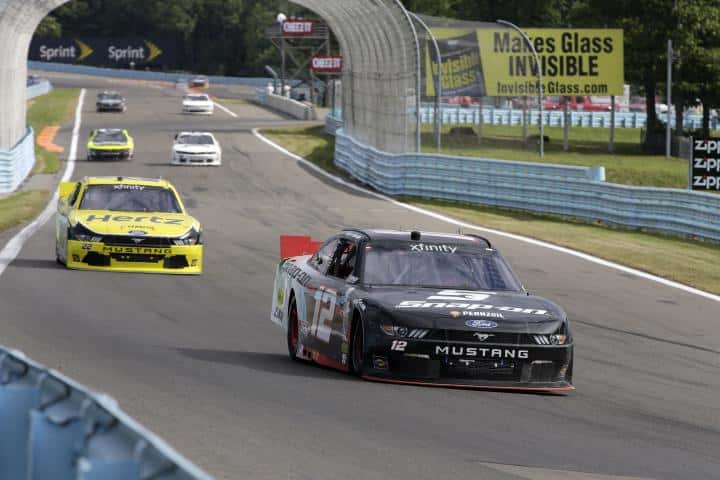 Sunday’s race, according to NBC Sports PR, drew a final rating of 2.5 and averaged four million viewers. The rating turned out to be 13% above the 2015 cable average.

According to Sports Media Watch, all Sprint Cup Series races on cable television have resulted in low ratings and viewership. It continues to show that the races on cable have impacted the sport. The low numbers come at a time where a lot of people are cutting the cord and subscribing to other streaming services.

People who do not have cable can still watch the race legally, which are not shown in the numbers above. Those fans can stream races through NASCAR’s Race Buddy application and can also listen to radio coverage. Also there are even some people who watch and follow their drivers virtually with Race View.

Hey genius, maybe the dismal ratings are more a result of the boring on track product and not what channel people choose not to watch it on.

Smh… No such thing as a boring race John. I don’t care if its air planes or lawn tractors Pay attention

I say this sincerely my friend if you make that comment honestly than I truly envy you. I’ve seen many boring races.

John, I’d like to think that Brett was merely stating that there are other ways to view the race using Race Buddy or Race View. Now if that isn’t the case and Brett is insinuating that race fans have merely moved from cable to Race View or Race Buddy then that is indeed a sad state of affairs. I would imagine that perhaps some have done just that but I would suspect that most have stopped watching the sport altogether. What I would like to see is some really investigative journalism that perhaps could find out exactly why fans are leaving the sport or are they actually using means other than cable to watch the races. This isn’t directed at Brett (or many of the writers on FS) in any way; I’m serious, I would really like to see some in depth analysis of drop in viewership as well as the drop in track attendance. I, John and the majority of commentators on this site can’t be the only ones that see the vast amount of empty grandstands (not counting the ones covered with tarps). At what point will the media really look into this?

Please correct me if I am wrong, but the latent distinction here is “cable” = NBCSN/FS1/FS2, verses “network” – NBC/Focks proper, yes?
I am fortunate enough to have NBCSN, FS1 & FS2 with basic cable. But many cable providers do not include them. So “cutting the cable” seems like a bit of a misnomer, imo.
Operative question being, is the unpopular move to cable, & away network, in Nascar’s realm of responsibility? I mean, Nascar gets money from Fox & NBC (& boat loads no doubt) but does Nascar have any say in which channel the contracted corporate media entities decides to air their product on? If Nascar had any say, it would have to be delineated before the contracts were signed. Nascar just might be guilty of not having the foresight to disallow a move to cable, but that no doubt would devalue the contract. Yet again, they might have been part in parcel with the move.
I tend to believe the latter. Because this year Nascar has certainly been mum on the topic whilst facing a deluge of negative feedback from masses of people that have not been able to see recent races So I would think they were privy to the change. In fact, this might explain why the revenue from their new contracts have jump so gratuitously.
Who knows? It would seem us regular little minions (aka: paying customers) are not privy to such super-secret interworking of Nascar’s corporate contractual wrangling.