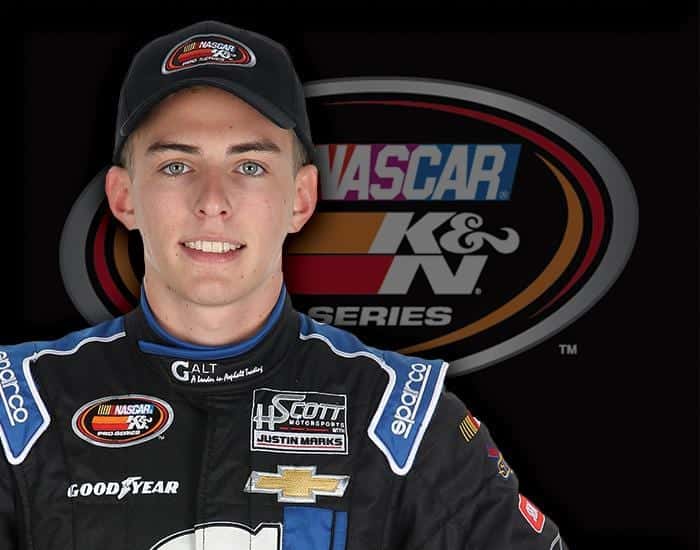 NASCAR’s Next program will deliver another success story in August.

Dalton Sargeant announced that he will make his Camping World Truck Series debut at Bristol Motor Speedway next Wednesday (Aug. 19). He will team up with Wauters Motorsports for the race, running the No. 5 Toyota Tundra. GALT will sponsor the truck.

Sargeant, a NASCAR Next participant, is currently a rookie in the K&N Pro Series East where he has five top-five finishes through 10 races. He has also competed in three K&N Pro Series West events, earning a win and two other top-three finishes.

When Sargeant takes the green flag, he will join a list of previous NASCAR Next stars that have made a national series start such as Erik Jones, Cole Custer, Daniel Suarez and Brett Moffitt.

“To say I’m excited to make the next step in my racing career is a big understatement,” Sargeant said after the announcement. “This is something our great partners at GALT and Wauters Motorsports have been working on for a long time, so it’s great to see it come to fruition.”

While Sargeant is understandably excited, the 17-year-old teenager is keeping his goals in perspective. “My primary goal is to gain experience,” he said. “Run as many laps as possible, get comfortable and try to compete with some of the best up-and-coming and veteran talent in NASCAR.”

While 2015 is only the second full season racing on ovals for Sargeant, Wauters Motorsports team owner Richie Wauters is impressed by his driver’s ability behind the wheel. Both sides are excited to bring back the No. 5 truck, sitting mostly dormant since John Wes Townley moved to another team last season along with his Zaxby’s sponsorship.

“We tested a few weeks ago and he picked up driving the truck like he had done it before,” the owner said. “Dalton is a very talented young man. We look forward to be bringing him to the NASCAR Camping World Truck Series in the GALT Tundra and watching how his NASCAR future evolves.”