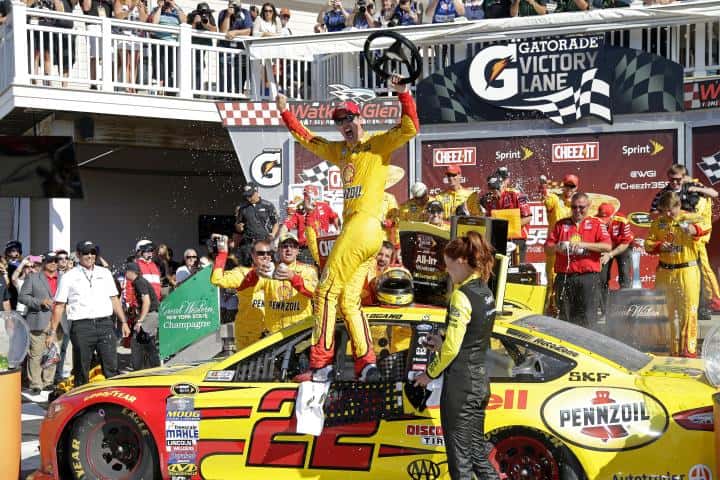 Another race determined by fuel strategy in the closing laps. Unlike last week in Pocono, Joey Logano had enough fuel to get to the checkered flag first and sweep the weekend at Watkins Glen. It looked like Kevin Harvick was going to finally pick up his third win of the season but lost fuel pressure in the final two turns, handing the win to Logano.

Kasey Kahne took another hit in the points after getting involved in an accident on a restart. The past two weeks, Kahne has finished 43rd and 42nd, respectively, knocking him out of the top 16 in points. The top Power Rankings drivers fared better. Seven of the top 10 after Pocono finished in the top 10 at Watkins Glen.

Only four races remain until the Chase field is set. Next up is the second visit to Michigan, another track notorious for fuel-mileage finishes. In the meantime, see if your favorite driver made the top 15 in this week’s Power Rankings.