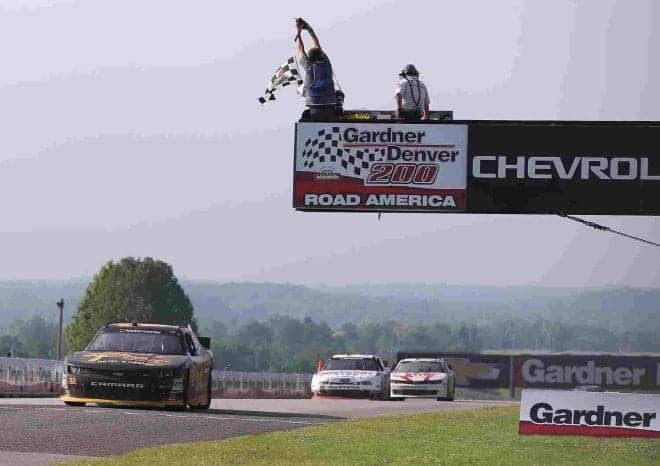 After an eight-year hiatus, open-wheel fans finally have the news they’ve been waiting for.

The Verizon IndyCar Series is coming to Road America.

At 4.048 miles, the road course is the third longest in America, trailing only Virginia International Raceway’s Grand Course and Miller Motorsports Park. Full of history, the Elkhart Lake, Wisconsin track has become a must-visit for racing fans worldwide over the years.

IndyCar has never before run at the track, but its predecessor (and one-time competitor) CART competed there for 25 years. The course’s winners list is a veritable “who’s who” of IndyCar’s past, full of champions and stars.

The inaugural Road America 200 was held on Sept. 19, 1982. Coming off back-to-back wins at Pocono Raceway and Riverside International Raceway, Rick Mears set quick time for the event with an average speed of 122.335 mph.

While Mears entered the race as a heavy favorite, the inaugural victory went to Héctor Rebaque, a virtually unknown driver from Mexico. Rebaque inherited the lead on the final lap, passing a stalled Al Unser, who’d run out of fuel on the last lap. The shocked crowd watched as Rebaque, an experienced Formula 1 driver with little former success, drove to his only career CART victory in what would be his final race in the series.

Fans flocked to Road America in 1983 to see the second running of CART at the track. Mario Andretti would take the event from the pole, leading six of the race’s 50 laps and beating out both Al Unser Jr. and Sr., who filled out the rest of the podium. Andretti would go on to win again the following year, and add a third victory in 1987.

As Road America became a regular staple of the CART championship tour, the track’s Victory Lane became a host to several of the series’ biggest drivers. Jacques Villeneuve claimed a victory at the track in 1985, then returned to earn two more wins in 1994 and 1995. Emerson Fittipaldi triumphed in 1986, 1988 and 1992, adding to his legend. Both Michael Andretti (1990, 1991, 1996) and Christian Fittipaldi (1999) followed in the footsteps of their relatives, earning victories at the track.

Road America’s event continued through the late ’90s and early 2000s, staying on the CART tour while the newly established Indy Racing League ran primarily on ovals. The race continued to see healthy fields through the turn of the century, running with at least 25 entries in each event. Dario Franchitti, an upcoming star for Team Green, claimed a lone victory at the track in 1998, beating out defending winner Alex Zanardi by seven seconds.

It wasn’t until 2002 that Road America began to have issues. Suffering from the rising popularity of the IRL, CART managed only 18 entries for the 2002 Grand Prix at Road America, with Cristiano da Matta winning.

Following the race, CART and Road America briefly severed ties with each other as a legal resolution of payment issues for the 2002 race. Only Mario Andretti, acting as an intermediary between the two parties, allowed the event to be reorganized for 2003.

CART again returned in 2004, with Alex Tagliani taking the victory. The 2005 edition of the race was removed from the schedule due to conflicts between the parties, but the event was brought back for 2006 and 2007, with future NASCAR driver AJ Allmendinger and four-time champion Sébastien Bourdais taking victories.

The 2007 edition of the race would prove to be the last for nearly a decade, as IndyCar failed to add Road America to its schedule following the acquisition of CART. The track added dates for the TUDOR United SportsCar Championship and NASCAR Xfinity Series, but failed to bring IndyCar to the track.

That will all end on June 24-26, 2016, when IndyCar makes its way to the 14-turn circuit. Only Bourdais will return to the track as a previous winner, while drivers such as Helio Castroneves, Juan Pablo Montoya and Graham Rahal will get a chance to make their way to Victory Lane at the historic track for the first time.

The 100th Running of the Indianapolis 500 will still be the biggest race of the season, but don’t be surprised if drivers and teams put in a little extra effort for Road America, too.

Good history of the event, but Christian Fittipaldi is Emmo’s nephew, not his son.