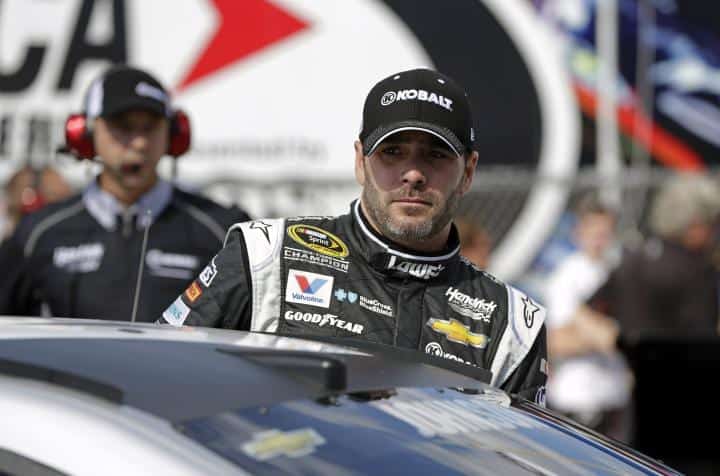 There are certain things in life that are foregone conclusions. Death. Taxes. Jimmie Johnson.

It wouldn’t be going out on much of a limb to say that Johnson will likely be contending for the championship this year, even if recent weeks haven’t had the No. 48 car at the top of the leaderboard. After all, six career championships and 74 career victories (including four this season) leaves little doubt about this team’s ability to compete.

But that’s crazy, right? Johnson has put on much less than a championship-worthy performance over the last few weeks. In fact, he hasn’t led a single lap in the last five races. His average finish of 12th over those five weeks certainly isn’t terrible, but it’s certainly not going to earn the team a title either.

Except, we’ve seen this story before. Johnson begins the season strong, winning a handful of races, leading lots of laps, and putting on a dominating performance. Then, as the summer months roll around, the No. 48 is distantly present, earning top-10 finishes but not really putting on the same dominant performance. Panic ensues. What’s wrong with Jimmie Johnson? Have they lost their groove?! HOW ARE WE GOING TO ENGRAVE THE TROPHY NOW?!

OK, not really, but you get the picture.

Then, as the fall (and the Chase) gets a little closer, suddenly BAM! The No. 48 is back to its winning ways, generating eye rolls, groans, and angry hashtags everywhere. Anyone who was wondering what happened to this team is now suddenly wishing it would just go away.

So… when is that going to happen this year? We are still, of course, in the summer season. The temperatures are still warm outside, and we’ll likely still hear plenty about the heat from the drivers for a few more weekends. But very soon, the temperatures will cool, the track temperatures will drop, the Chase will begin. You know what happens next.

Now, of course, this is still sort of a brand new points system. Sure, Johnson won the championship under a few different revisions, but nothing like the complete overhaul that occurred last season. As you may recall, Johnson wasn’t even involved in the 2014 finale.

At the same time, I still feel like it’s a matter of when, not if, Johnson goes on a hot streak this season, and one that is worthy of a championship. In fact, no one is going to contest that Johnson’s performance last season was championship material, but a couple of poor finishes kept him out of it when prior points systems might not have been so detrimental.

So what race does the No. 48 return to prominence? This weekend at Michigan where Johnson won last year? How about Darlington, where he has three career wins?

What about after the Chase has already begun?

With only four races left before the Chase actually starts, that wouldn’t be too much of a surprise. Most of Johnson’s strongest tracks fall within the 10-race playoffs, a strategy that you have to imagine is very much intentional in the No. 48 camp. And with the points resetting right after the race at Richmond, Johnson will likely be at or near the top of the standings based on the number of wins he has in comparison to the rest of his competitors. He currently has four victories, tied with Kyle Busch (of all people) for the most victories.

So am I calling my shot now, predicting a seventh Johnson championship in a short amount of time?

Heck, no. As much as I enjoy this new format, attempting to predict how it’s going to end before the field is even officially set is insane. Rather, I’m trying to avoid the inevitable pitfall of watching the championship picture shape up in these final few races and forgetting about a certain driver just because he’s been noticeably absent.

I just can’t help but wonder if the recent Joe Gibbs Racing/Team Penske dominance will be a distant memory once the Chase comes around. It always seems like the Chase produces a different crop of competitors than the regular season, and the players are typically the same year to year. There’s only one driver I can think of whose consistency and dominance over the past decade of this sport has been such a bonafide certainty as Johnson’s.

I doubt this year will be any different.

when its time for the chase, Chad and Jimmie will be their usual selves. That’s another thing that makes this chase crap an issue. too much sandbagging.

Yeah, once these guys win the race the rest of the races become their laboratory and they do sandbag it to “get ready” for the lame ass Chase. Nascar is flucking stupid. Looking at the press conference today..the brass was spewing the same garbage that everybody LOVES the “CHASE”. Maybe on Planet Brian, but not here on Earth.

They’re just lying in wait. The music from “Jaws” keeps going through my head.??