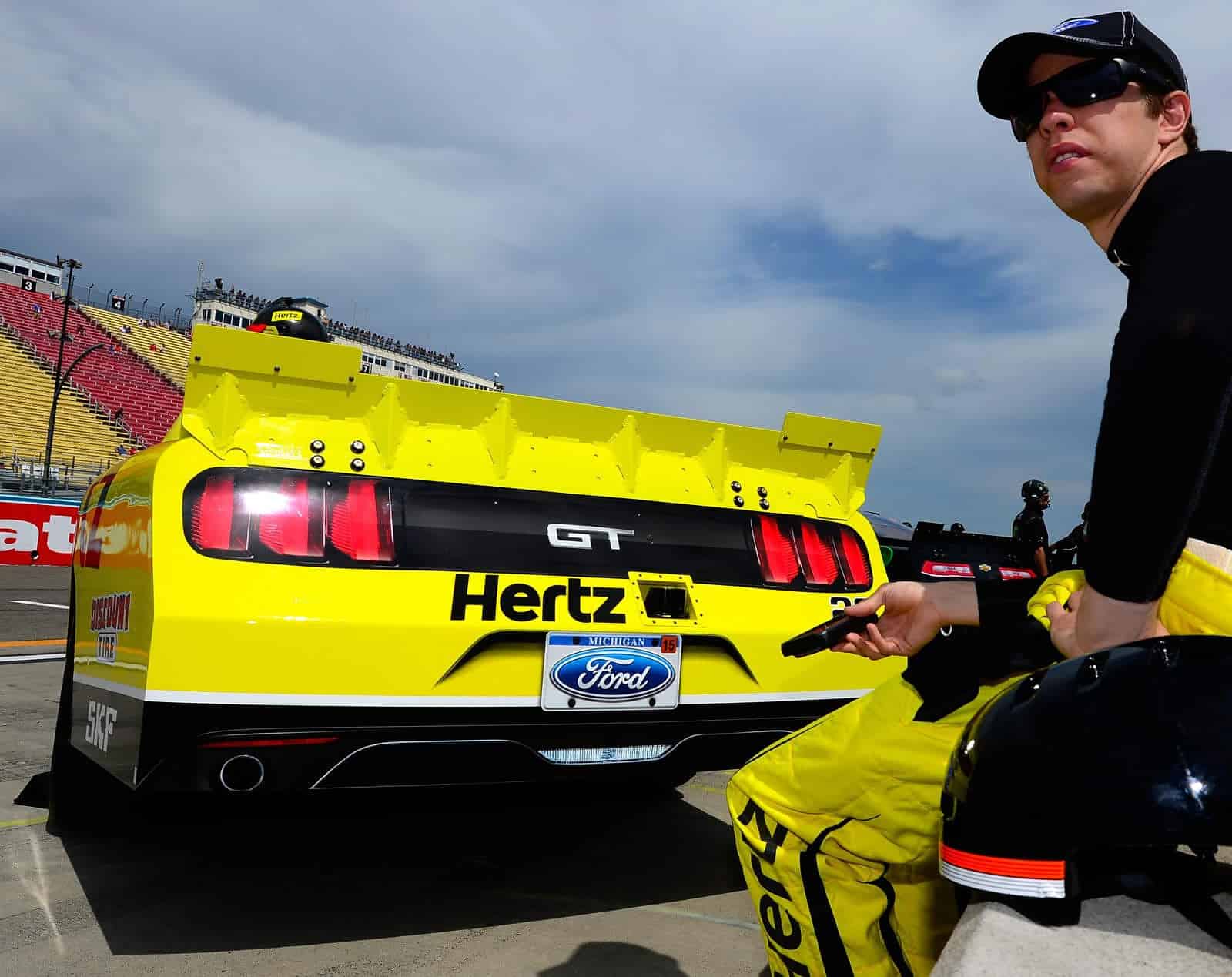 When I was growing up, the one NASCAR race weekend I could always count on seeing each year was one at Michigan International Speedway, whether it was the June or August race (the latter, usually). Good thing, too – the track didn’t always have a stellar reputation for putting on a great show on TV, so actually being there rather on the couch was always a solid decision.

One thing I always noticed was the intensity with which fans cheered on their hometown heroes. I’ve been to multiple tracks across the country, and it’s interesting: at no other track would I hear the fan response when a local driver or even one who simply called the state home was announced at driver introductions shake the stands quite like Michigan fans heard one of their own getting their time in the spotlight over the public address system. It was usually due to Johnny Benson, which made sense since Grand Rapids was only about a two-hour drive away, but it didn’t stop there. Brad Keselowski got an ovation even early in his career. Same went for Jack Sprague. Heck, even a lesser-known 63-year-old veteran named Vern Slagh ran his only Xfinity race in 2003 at the track in August and got some cheers. I remember he had the name and logo of the Cup race that weekend on the hood of his No. 65. Shrug. Promotion.

So in the spirit of cheering for some locals, let’s run down a list of drivers who hail from the mitten-shaped state. We’ll start with the still-active NASCAR drivers and then move into a selection of some of the sport’s former competitors you’ll likely recall.

Erik Jones: NASCAR’s newest flavor of the week hails from the nearly 600-person village of Byron and is running this weekend’s Camping World Truck Series race.

The Keselowskis: Of course, you know Brad Keselowski, 2012 Sprint Cup champion. Then there’s brother Brian Keselowski, who hasn’t raced in NASCAR since 2013 but is now a part-time competitor in the ARCA Racing Series. Both are from Rochester Hills.

Chad Finley: Not a NASCAR driver in the top-three series per se until this weekend, assuming his Truck Series debut with Rette Jones Racing goes swimmingly. The Dewitt native is the son of Jeff Finley, who ran an Xfinity race in 1999 and a Truck race in 2002.

The Keselowskis: Brad and Brian certainly weren’t the only Keselowskis to reach NASCAR’s ranks. Their father Bob was a longtime Truck Series competitor, winning a single race in the series in 1997, while his  brother Ron scored 11 top 10s in 68 Cup starts.

Gordon Johncock: Hastings, Michigan’s Johncock is best known for his pair of Indianapolis 500 wins in 1973 and 1982. But the open-wheel expert also drove 21 races between 1966 and 1976 in the Cup Series, with a best finish of fourth, twice.

Tim Fedewa: The community of Holt is home to two quasi-famous folks over the course of its history: former senator Harry DeMaso and Fedewa, four times a winner in the Xfinity Series. He’s still at the track most weekends as a spotter.

Johnny Benson Jr.: Until 2008, Benson was a fixture on the Cup Series circuit, with a fan-favorite win in 2002. His biggest successes came in the Truck Series, where he won 14 times and scored a championship in 2008.  Remember, Benson’s a junior – father Johnny also ran one Cup race in 1973, finishing 21st.

Iggy Katona: Five seasons, 13 races, three top 10s. That’s Willis, Michigan’s Katona’s Cup career. Far more interesting is his career in ARCA, where he was the series’ most winningest driver with 79 until Frank Kimmel came along.

Jack Sprague: Like Benson, a former Truck Series champion, but the Spring Lake native has a few more to his name – three titles in all. That and his 28 wins in the series are in addition to a 108-race Xfinity career (wins: one) and 24 races in Cup (top 10s: zero).

Tracy Leslie: Mount Clemens: home of Paul Feig, Dean Cain, Uncle Kracker… and Leslie, former NASCAR driver. Leslie had little to show for a five-race Cup career, but he did end up with a win in the 1993 Kroger 200 in the Xfinity Series, remaining in the series until 1998, when he moved back to the ARCA Series, himself a former champion in 1988.