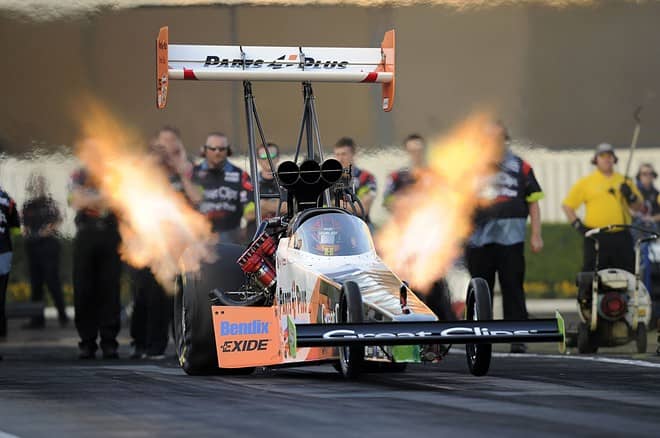 Dalton Millican, the 22-year-old son of NHRA Top Fuel driver Clay Millican, was killed in a single-vehicle motorcycle accident last night near the family’s hometown of Drummonds, Tennessee. Funereal arrangements are pending and will be announced once they have been finalized.

“We are heartbroken by the tragic loss to our family. We appreciate all of your love and support as we navigate through the very difficult road ahead…. We ask for your continued love and prayers and privacy at this time,” said the Millican family in a statement released earlier today.

“On behalf of everyone at the NHRA, we want to express our most sincere condolences to Clay Millican and the entire Millican family,” said Peter Clifford, NHRA president. “They will be in our thoughts and prayers during this difficult time. Clay is a well-liked and well-respected racer with all the competitors in the NHRA. This loss will be felt by everyone in our sport.”

A writer for Frontstretch since 2002, and editor since 2006, Toni heads up the NHRA coverage for the site. She’s responsible for post-race coverage in the weekly Pace Laps multi-series round-up along with the weekly Nitro Shots column featuring news and features from the NHRA Mello Yello Drag Racing Series. An award-winning former writer for the Presbyterian Church, Toni works in web design and freelances with writing in North Carolina.
Previous Tyler Tanner, MAKE Motorsports Partner for 2015 Careers for Veterans 200 at Michigan
Next 4 Burning Questions at Michigan: With New Package, Will Race Be a Stinker? 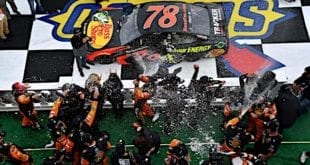 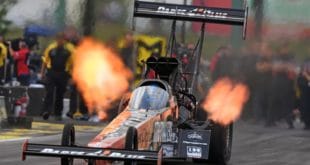